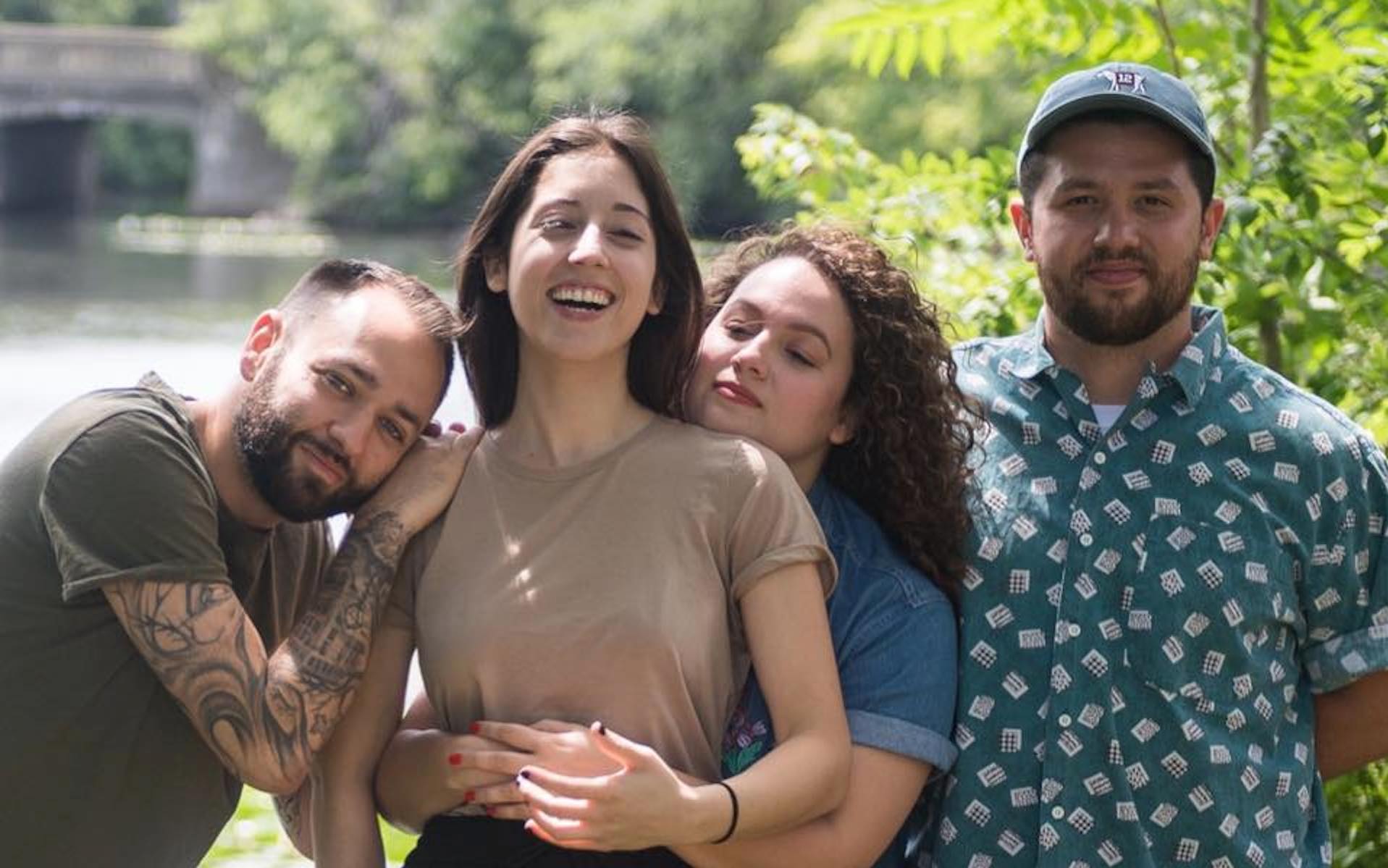 What Studio 52 Says: Boston quartet pushflowers have spent the past few years designing their brand of wavy synth-laden indie-pop that sets a decadent standard for our fair city’s music scene. Guitarist/vocalist/synth player Rocio Del Mar recalls how she (along with guitarist/vocalist Justine DeFeo, bassist Ryan Alfonso, and drummer Josh London) “…all grew up going to the same church basement/VFW shows just north of Boston, so there’s a familiarity between us even if we weren’t close friends then.”

She explains how the group fused the music they grew up with to the sounds they resonate with today. With four singles available online starting in 2017, pushflowers have illustrated their dream-pop prowess through their evolution since their formal inception in 2016. Their latest single, last April’s “Wish U Would”, is a potent pop powerhouse with wondrous vocal melodies and a crisp synth line that provides just a glimpse of the talent the group maintains. It’s a highly polished arrangement that bleeds sincerity and provides a perfect segue into their next release. Fortunately Del Mar also informed us the band has a new EP in the works with details being announced soon.

To satiate your desire for the release, pushflowers will be at O’Brien’s Pub in Allston tonight (April 26) with Staterjacket, Green Piece, and Anonymous Friends. Following that, we recommend procuring a ticket to their sold-out show next Friday (May 3) when they share the stage with White Lies at The Sinclair in Cambridge.