‘We Hate Movies’ is here for a night of jokes, bad movies, and hopefully no dogs 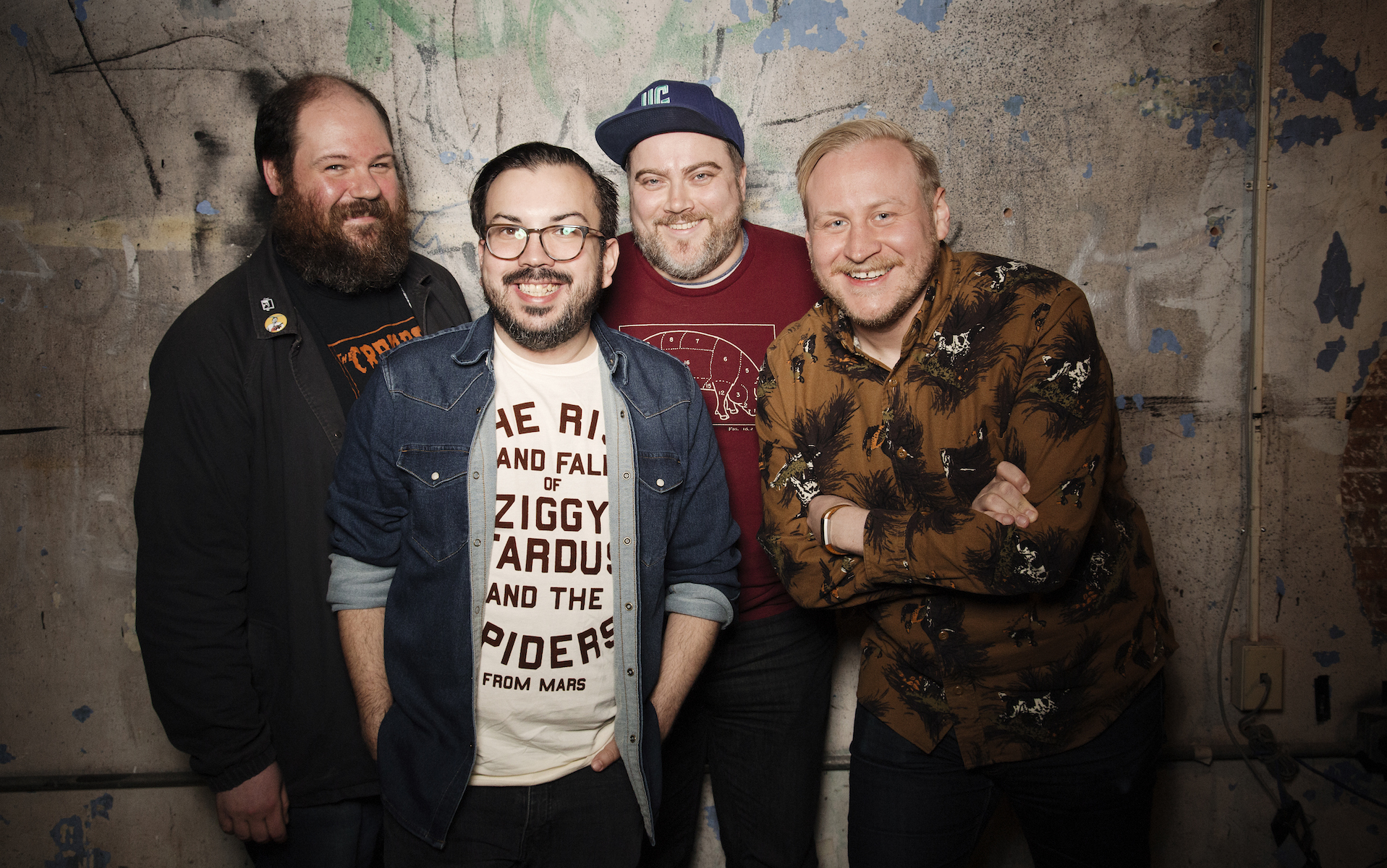 The last time we saw the We Hate Movies podcast team make its way to Boston in 2015, they were in a room that fit around 70 people, with no seats, three people walked out, and someone brought a dog.

Needless to say, when they return to the city to hit up Laugh Boston on Monday night (April 22) as part of their East Cage Tour, where they discuss four Nicolas Cage “classics” in four nights, they’ll most likely be able to avoid repeating at least three of those instances. With the show nearly sold out as of press time, the quartet is bringing the cringe of Cage’s 2009 Knowing — and for those of you who may be unaware of what to expect, co-host Stephen Sajdak wants to clue you in a little bit.

“In Boston, we’re doing Knowing, which is [Cage’s] weirdo, end-of-the-world, kind of-aliens, ‘I look like a scarecrow now’ movie,” says Sajdak. “We run you through the movies, and we make a ton of bad jokes. But we’re not just running you through the movie. We run on tangents, we do impressions, and we just put on a fun show.”

With co-host Eric Szyszka stating that their live shows are really “just comedy shows that are sprung from a movie,” each of the guys have their own favorite aspects of what a live edition does for the show.

Having done live shows all over the country since 2012, they’ve been able to inject some improv into the performances, as well as impressions, and they’ve really learned to keep an eye out for the things that aren’t supposed to happen, like walking into beams while making their way to stage or poorly-timed accidental spit takes that are “way too punk rock, but also completely disgusting,” as Sajdak puts it.

But the aspect of the live shows that takes the cake is how the crowd reacts to the material.

“There’s a real thrill to it. You’re just kind of out here in the wild, and if a joke doesn’t land, it doesn’t land, and you’ll remember it for a long time,” says co-host Chris Cabin, with Szyszka adding: “My favorite part about doing it live is seeing what the audience reacts to, and when I say something like dad joke, or maybe something that goes just a little too far, the wave of groans just brings me so much joy.”

When they first started out, co-host Andrew Jupin admits that the guys had their own misconception of what crowds wanted out of their shows. After awhile of trying to put on a more theatrical show, they all realized that what the fans wanted was simple. They just wanted them and what truly made the podcast such a hit in the first place.

“What we realized, is that when people are coming out to see us live on stage, they’re coming out to see what they love about the show, which is us talking,” says Jupin. “Sometimes we’ll get up and walk around or something, but we really do try to stay true to the show, except the difference is that we’re doing the show for a few hundred people in a room, instead of thousands of people across the world.”