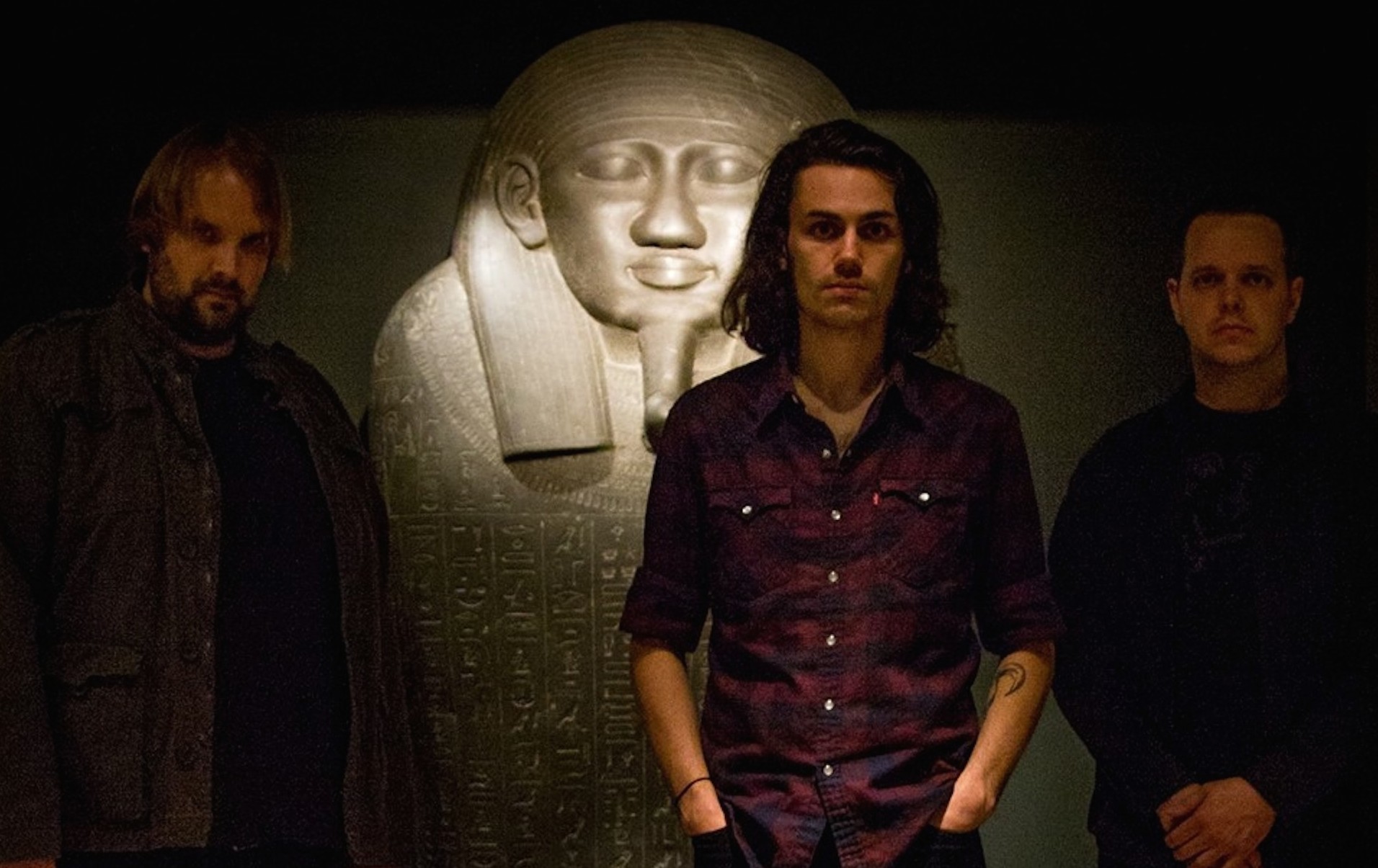 What Studio 52 Says: Stoner rock space cadets Sundrifter are comprised of Craig Peura (vocals, guitars), Patrick Queenan (drums, percussion), and Paul Gaughran (bass), and the trio has left quite a footprint on the New England music scene in the three short years they’ve been active.

This can  largely be attributed to (aside from the fact that they simply write great songs) the powerful and cohesive link between their image and sound. They’re rocketing through the cosmos and not coming back, and have along the way picked up a loyal fan base infatuated with heavy riffs and lyrics about the unknown. At times they sound a little bit like if Motorhead smoked a lot more weed; the drums and bass can have the same type of quick drive, while the reverb-soaked vocals and screeching guitar soar across the top of the mix. However, they always find ways to bring things back down into a more conventional stoner rock sound, crawling fuzzy riffs backed by massive, pounding drums.

As a whole they sound as enormous as outer space, which seems to be the aesthetic they’ve sought after in both their music and presence. Sundrifter are strong believers in extra-terrestrial life, and they’ve told listeners all about it in their sophomore release Visitations, which is a slam packed follow up to their debut Not Coming Back.

“Sundrifter started with Craig and I,” Queenan tells Studio 52. “Coming from very different musical backgrounds we seemed to [have] found a blend of heavy and melodic that eventually led to Sundrifter. Together we wrote Not Coming Back which was a transition from a blues rock duo to a heavy ‘desert’ stoner psychedelic rock sound and adding Paul on bass completed the power trio. After Not Coming Back we began writing the songs which became our latest full length release Visitations. With ‘Visitations’ we returned to Futura Productions working with Dan Schwartz (Astronoid) who mixed and mastered the album. We finally self released Visitations [in] February 2018. The album was passed around in the stoner rock/metal underground getting a ton of plays and good reviews. A month later Scott Hamilton of Small Stone Records gave us a deal to get the album on vinyl which then came out October 2018.”

Queenan adds: “Our love and passion for sci-fi, ancient aliens, lost civilizations, the occult, and all other conspiratorial subjects is only amplified through Sundrifter. We strive to create layered atmospheres and strong imagery with song writing.”

It seems as if there’s no stopping Sundrifter, they stay in a doom/psych/ heavy stoner rock league of their own and continue to one up themselves. They have the chops to be right up there with Sleep and Weedeater, and if they stay on course with their current trajectory we should see them playing shows that size within the next few years. Go stock up on some legal weed, because they’re playing Opus Underground in Salem on 4/20 with Worshipper, Sun Voyager, and The Rupert Selection.