‘The Beach Bum’ Review: A hilarious and unexpectedly moving film 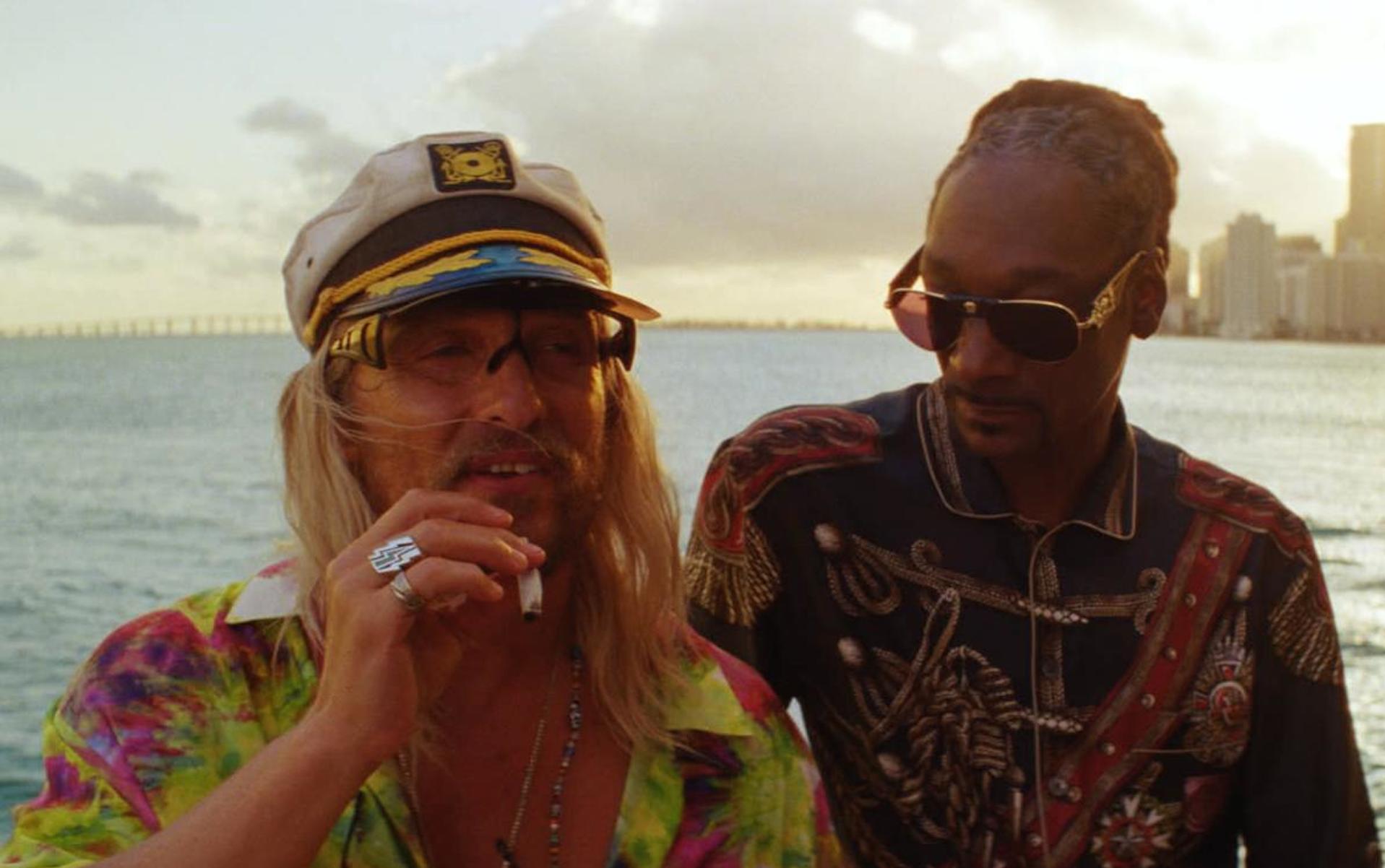 Editor’s Note: This review originally ran as part of our SXSW 2019 film coverage. With ‘The Beach Bum’ hitting theaters this weekend, we’re re-printing it below.

When we first meet Moondog (Matthew McConaughey), a poet, raconteur and absolute hedonist, he’s wandering the parking lot of an empty hotel near a beach in the Florida keys where he discovers a snow-white kitten, left alone on a table, meowing for help. Instantly drawn to the cat, he coddles it and loves it, dubbing it his “angel pussy,” and proceeds to carry it about with him throughout the course of a typical night. He reads poetry to crowds at a local bar, does a lot of drugs, and eventually retires to his home, where he gives the cat a bowl of milk (that he does dribble a little beer into, and, well, nobody’s perfect). The cat is his own now, another character touched by this man’s odd and oversized life, and it remains a fixture throughout Harmony Korine’s The Beach Bum, a tale of one man just looking to live his life in the best way that he can before the end of all things.

That said, this film might not be what you expect it to be, plot-wise. It’s essentially a loose riff on something like Brewster’s Millions or, as one critic pointed out, Rodney Dangerfield’s Easy Money, where, following his daughter’s wedding and a further tragic event in Moondog’s life, he’s cut off from the fortune he shares with his swinging wife (Isla Fisher) until he manages to write the book of poetry that he’s been planning for years and years. His agent (a very silly New Orleans-accented Jonah Hill) is pressuring him, his daughter wants him to get control of his life and head to rehab, and Moondog really doesn’t want to do any of that. So, it’s up to him to reclaim his fortune, but, even though that may be the narrative thrust of the film, it is way more relaxed and loose than that, the money ultimately mattering significantly less than the experiences made along the way. All he wants to do is to celebrate the miracle of his life with a cast of characters he meets on his journeys, and drink a whole lotta Pabst and smoke a whole lotta weed along the way. A modern-day saint, truly.

The Beach Bum is by far Korine’s most accessible and least abrasive film, and like Gaspar Noe’s Climax, intended to draw an audience into a director’s current aesthetic rather than repel them. It’s also, ironically enough, the purest distillation of the director’s Spring Breakers aesthetics, of neon Miami cityscapes co-existing alongside the soft-light and smoky bars of the Florida keys, melding Korine’s own fascination with celebrity with the kind of weirdos that he so often captured in films like Gummo and Julien Donkey-Boy. It’s a portrait of a stratified, wealth-segregated America, running from the gaudy McMansions and Lamborghinis of the super-rich all the way down to the bums doing skateboard tricks in a fenced-off concrete slab near the beach; and Moondog is his vision of a man that could potentially unite both of these worlds with grace, unaffected by the withering natures of privilege or poverty. He’s the film’s Utopian ideal, not so much the world that he’s set in, and there’s an understated beauty with how he travels moves about the land, whether that’s quoting D.H. Lawrence during a fireworks display and making Snoop Dogg cry at the very beauty of the language, or whether it’s leading that same group of bums, as mentioned above, in storming the gates of his former home to destroy the trappings of the life he once lived in the spirit of bliss-filled carnage.

There will be, inevitably, people who are frustrated with the film’s seemingly endless parade of hedonistic acts, and the film does lean into that shit super hard — after all, it is Korine, who never does anything half-assed especially when it comes to the graphic content of his films (this is a man who could make a plate of spaghetti, eaten near a bathtub, into an object of abject horror) — but it’s to a brilliant comedic end. This is, by far, one of the funniest movies released in the past couple years, as McConaughey, in what will ultimately be a career-defining performance, plays up his goofy stoner charm when traveling between set-pieces, energizing and enlivening every single actor that he comes across. It’s as if his own at-ease brilliance inspires people to let their hair down, and he coaxes brilliant comic work out of featured players like Zac Efron, here as a goofy pastor’s kid sent to rehab by his folks who is later inspired by Moondog to break out of the center and go for a long lost weekend with the protagonist, and Fisher, who has never been better than she is in this film, merging the crazed energy that she brought to something like Wedding Crashers years ago with an earnest sweetness when he’s in her presence. The two of them share a dance upon dock before tragic events occur, and it’s Korine’s definitive look at the true stuff of love as represented in these two bodies tangoing near the ocean.

But by far the film’s greatest asset in the supporting roster is Martin Lawrence, who is making a return to the silver screen after a lengthy absence from it, and who proves in the process that such a break might have robbed us of a near-decade’s worth of brilliant work from him, provided he found the right outlet for it. As a sea-captain friend of Moondog’s who spends his days fishing at the pier before leading groups of tourists out on dolphin-finding expeditions, he puts his innate sense of comic timing and emphasis to work here. He fires off barbs left and right, going from feeding bits of cocaine to his supposedly-addicted parrot back to bits and facts about how much he loves the dolphins that he wants to track down every day. And his own story becomes a fascinating parable in its own right when he and Moondog, soon adopted as his first mate in the wake of his escape with Efron, take to the seas with a family of tourists and find what he believes are a huge school of dolphins. Needless to say, things don’t necessarily go as planned, and what follows is absolutely gut-busting. If anyone needs proof-positive that Bad Boys 3 is, in fact, a good idea, just take a look at this.

It’s been a few days now since I’ve seen The Beach Bum, and each time I think about it — a lot down here in Austin when you see the posters for it plastered over every singe Alamo Drafthouse that one comes into contact with — I grow fonder and fonder of it. It’s an earnestly sweet, incredibly funny, and extraordinarily affecting work that, much like its protagonist, possess such a beautiful heart beneath all the aesthetic trappings. It’s wonderful to drift about the world with Moondog and his friends, imagining just how beautiful life could be if one could truly embrace it.