Neko Case creates a land of enchantment at Royale

Live Review: The beehives, the mysticism, and the purple-green lighting swirled around a performer in total command 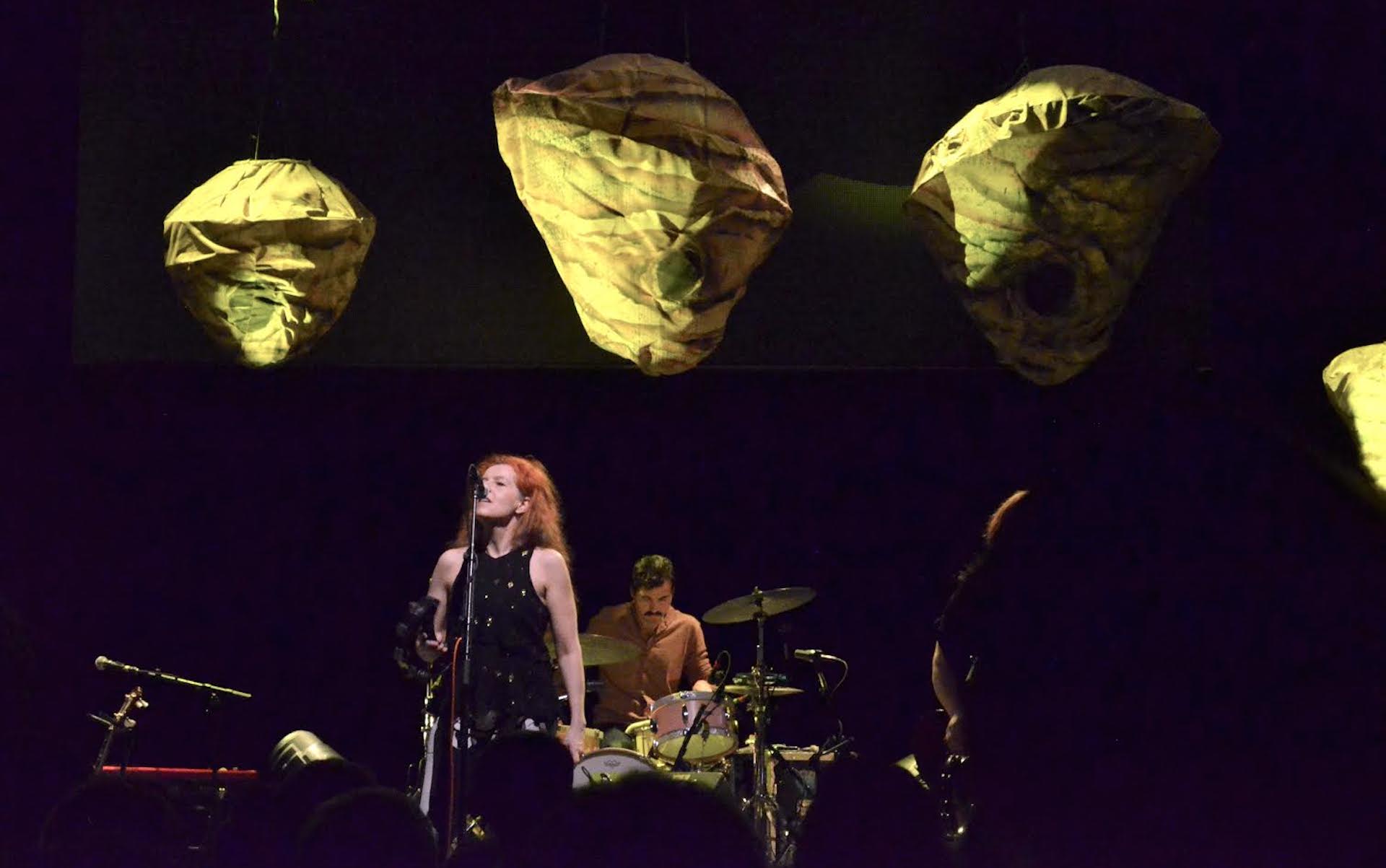 Is Neko Case a witch? Not in an “old green hag with warts” sort of way, but in a “mysticism of Stevie Nicks” sort of way. Case is 48 years old and youthful as ever. Her voice, in both speaking and singing, sounds like it belongs to a twenty-something. She tosses her long red hair with the effortlessness of a teenager. And that she kept mentioning her “stench” onstage is further proof she’s a vagabond; at least for the moment, she has nowhere to call home after her Vermont house burned down not long ago.

Most catch a glimpse of her fantastical nature through her lyrics, but witnessing Case perform is spellbinding. On Thursday night (January 24) at Royale in Boston, Case came onstage wearing her famous skeleton leggings. After a joke about smelling badly, she pushed through screeching mic feedback in “Pitch or Honey” and, when the song finished, she apologized, joking that her body odor must have affected the sound system.

She switched over to a tambourine, swaying for “Last Lion of Albion,” huge fake beehives decorating the backdrop above her. And aren’t beehives symbolic for something? Wisdom or bounty? She sang: “I wish I could trace the frowning compass / Of your mouth / Drop a mercury dime down a roman drain / And summon mars.” Between the beehives, mythic lyrics, and the purple-green lighting, Case (who admits to a lot of ancient history knowledge) created a rich scene open for deep digging.

And then, just when Case seemed a mysterious high-brow creature, she returns to her folksy accessibility. After “Deep Red Bells,” she makes another joke about bodily functions: “It’s common knowledge that girls don’t poo, so I’m just sweating out a bowl of soup.” It was charming, whatever it meant.

A few badass guitar solos later from her band, she prepared to launch into “Hex” and pulled out her trusty, small, scratched-up acoustic guitar. “This is my angry little buddy,” she joked and gracefully started playing, her guitar and bass players joining her for stunning harmonies. The song goes: “This is my lover’s spell you have fallen into / My dear / My voice is all you’ll hear.” Just like that, like a snake charmer or hypnotist, she had lulled the crowd into total enchantment.

Case ended with “Man,” the punky, fast-paced, subtly feminist anthem from her 2013 album. For her encore, she took the titular track from her new album and put a witchy spin on it: At the end of the song, her female band members at the end joined her in screaming for about 20 seconds. The lights flashed on and off over them as three women unabashedly (and loudly) released their emotions — and maybe cast a spell, as well.

She ended the show with “Loretta,” a song she frequently covers during her live appearances, and she acknowledged the Boston band who wrote it (“Give your love to the Nervous Eaters!”) before kicking off the upbeat song.

As she walked offstage, the faux beehives dangling above her, the crowd shuffled out of Royale wide-eyed and dazed, as if everyone had just been initiated into a kind of coven.