Photo Gallery: After 10 years as a band, Big Ups are going out on a high note 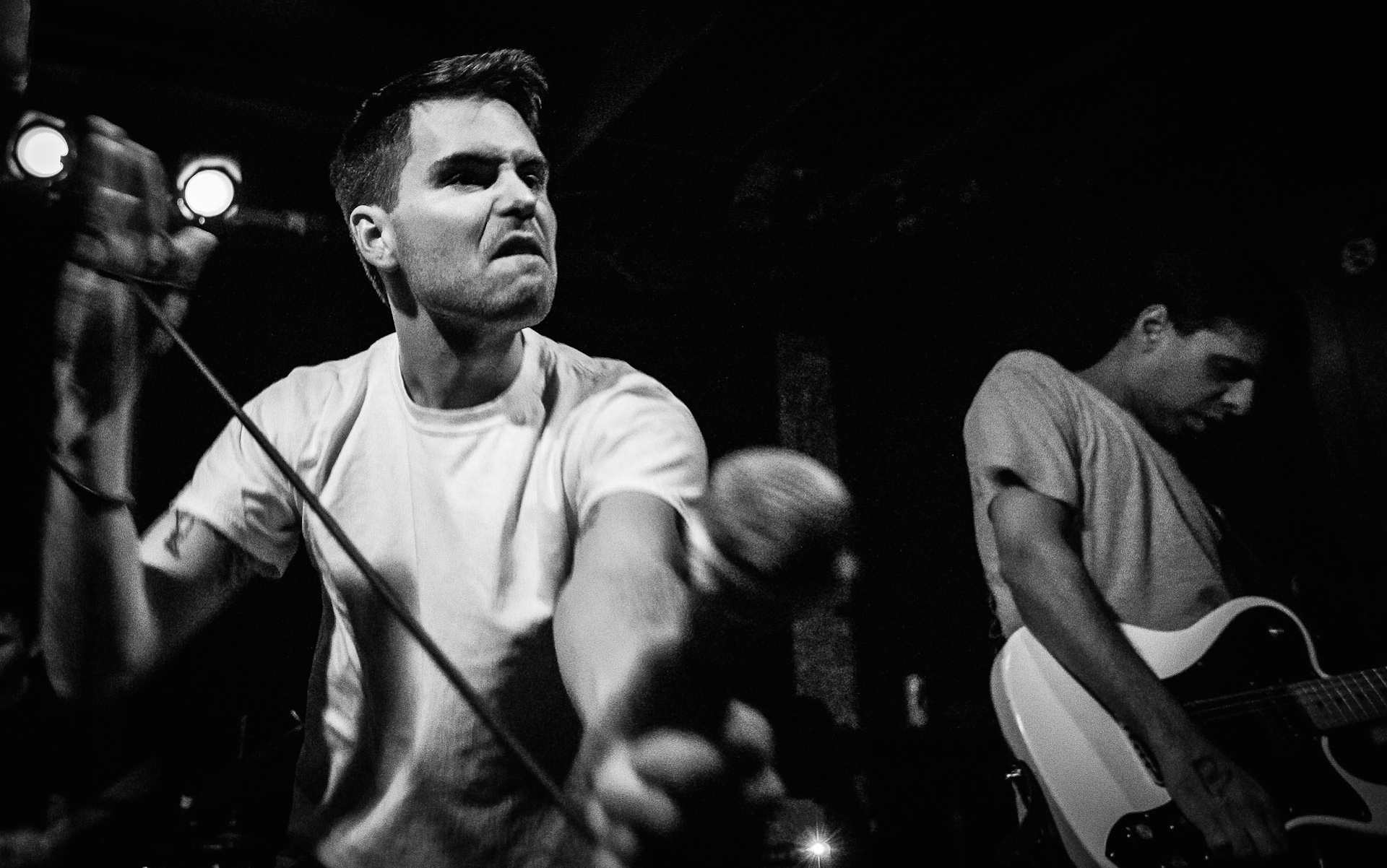 Big Ups played their second to last show on Saturday night (January 12) at Great Scott in Allston. After a decade tenure, they are going out on a high note, and the trio of Boston openers on this bill were both gracious and supportive. Fucko thanked them for an opening spot while Lilith singer Hannah Liuzzo lovingly said that she looked forward to the breakup, noting it would now increase the “market share for bands like us.” She followed it up mentioning that with them out of the picture they could make it big. Kal Marks showed their support as well with singer Carl Shane saying: “They always had more energy, and every member of the band is cute.”

As Big Ups emerged for their final moment in the Boston spotlight as a band, they held back nothing. Joe Galarraga did some light stretching and made expressions like the scientist from Nightmare Before Christmas. These guys love finding ways to get weird. After picking his nose extensively, Galarraga grabbed my lens and picked that nose a bit deeper. Fellow photographer Ben Stas got the side shot of this activity (image 6), and this on-stage booger hunt are in the photos below.

Galarraga uses the whole stage, and floor space to get his message of absurdity across properly. Early on, he urged people to have fun, but not slam dance and mosh, saying, “If you want to punch each other, go outside with a friend and punch each other all night. It’s a lot of fun.” As a few people still went for it, he walked into the middle of the pit and sat down to sing. One burly fella continued to slam danced around him as he peacefully protested from the floor. Their set was a mix of Fugazi-like meditative tones and screams — one for the books.

Thank you for your time as a band, Big Ups. 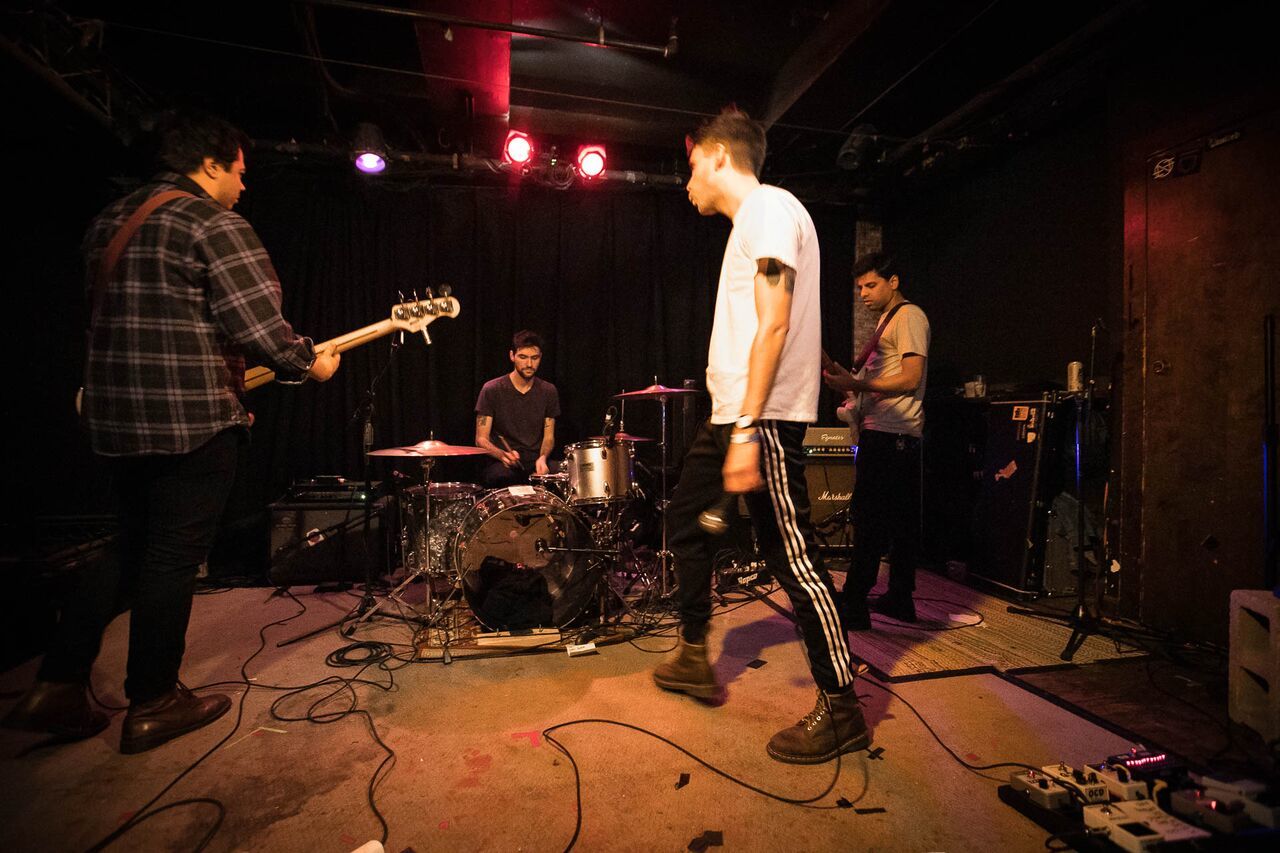