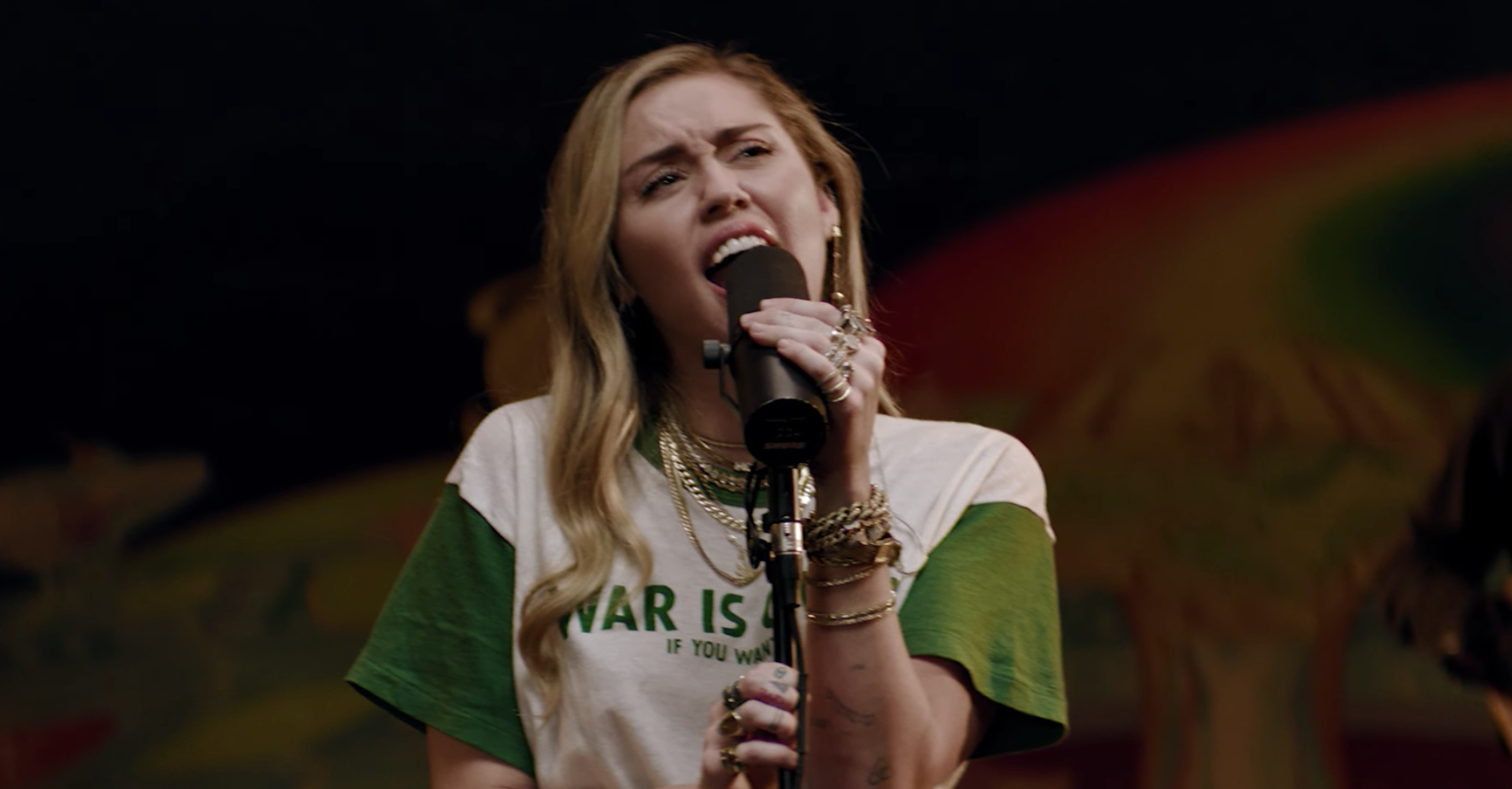 Let’s face it: If you have any semblance of a social life, you’re going to hear John Lennon and Yoko Ono’s Christmas classic ”Happy Xmas (War is Over)” roughly six THOUSAND times in the next week, so you might as well hear one version that features a different Lennon lineup. After collaborating on “Nothing Breaks Like A Heart,” Miley Cyrus and Mark Ronson hit Electric Lady Studios in NYC to perform the tune with Sean Ono Lennon for Vevo, which you can check out below. Spoiler: Cyrus looks to Lennon and utters “fuck yeah” away from the microphone at the end of the vid, so don’t play this one in front of grandma. Featured image via screengrab.