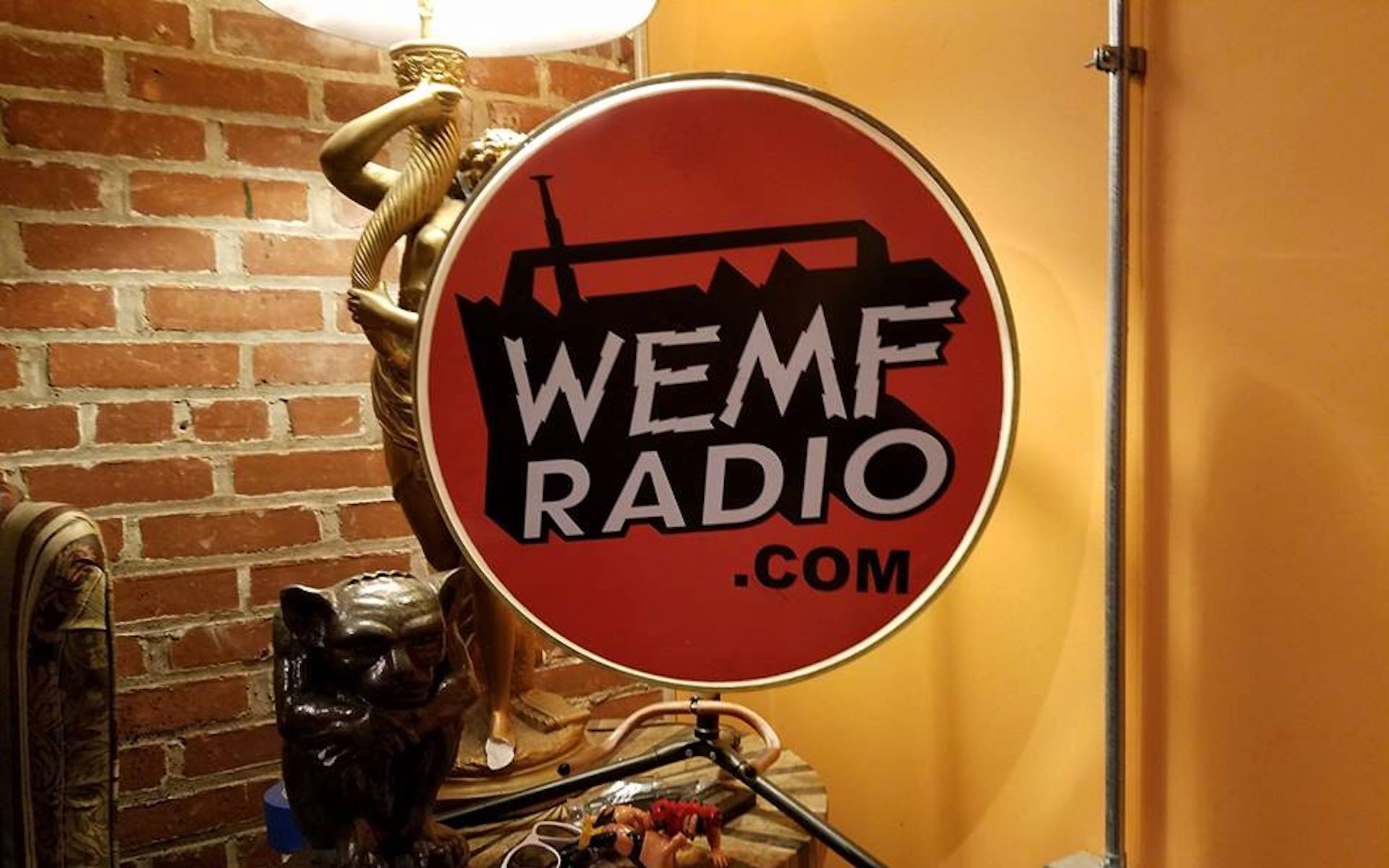 Last Monday, amidst the bustle before Thanksgiving, Brighton-based online radio station WEMF suddenly went quiet. The station’s CEO and founder, William “Des” Desmond, shared on Facebook that the station would be closing effective that day, November 19, but for many the news didn’t register until this past weekend.

“Friends, DJs, fans of WEMF Radio, it is with a heavy heart that I announce to you that I will be shutting the station down effective Nov 19, 2018,” Desmond wrote in a post on the WEMF Facebook page. “I am very proud that this independent station lasted almost five years. There were some bumps in the road but I can say with pride that we were frontrunners in so many ways in this new internet radio theater.”

Opened in May 2014, the online radio station hosted a variety of weekly programs that showcased everything from hip-hip to hardcore music and talk shows, many of which frequently brought in area musicians, artists, comedians, and event organizers as guests. WEMF built upon their motto of “supporting the sound of your scene” through both their online platform and frequent concerts at venues like PA’s Lounge, The Midway Cafe, and the WEMF Lounge itself at its Brighton headquarters that also houses the Sound Museum rehearsal complex. For its first few years, WEMF operated out of the EMF Building in Cambridge under the same ownership.

“We have had some amazing shows, and a couple of stinkers too! But we have all had a lot of fun and we fully supported the vast and diverse music/art scene that is BOSTON and beyond,” the statement reads. “The memories at the station are full for most everyone that had a show, or played in our studio. We have a vast library of content that is now protected for the ages.”

Desmond says that he intends to brainstorm ways to possibly reboot the station in the future, and is open to suggestions via email. Some of the active WEMF shows may turn to using podcasts to keep their program running, like Citywide Blackout host Max Bowen has already stated on Facebook. In the meantime, eight area concerts presented by WEMF are still on the calendar, the last of which takes place on December 26.

“Over the holidays, I plan on thinking long and hard about WEMF radio to see if there is a way of streamlining the station for a possible reboot in the future,” Desmond stated on Facebook. “I have some ideas but want to think it through. I want to thank everyone present and from the past that gave of themselves, created shows, and helped manage, produce at the station. If anyone from the station needs to contact me directly for questions, business, and possible future plans for the station [contact] Williamdesdesmond@gmail.com.”