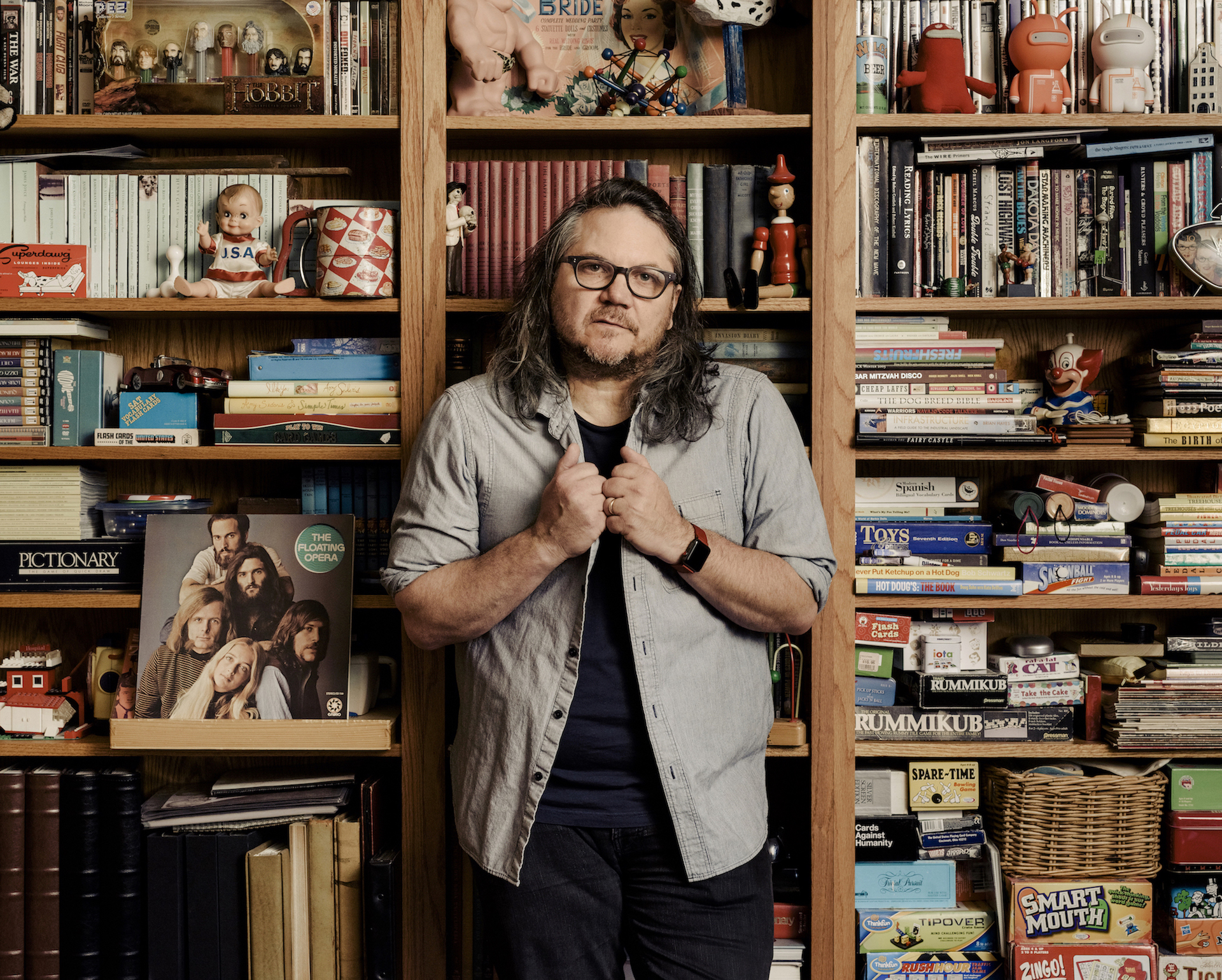 Next to the annals of rock and roll history, all coated in cocaine and dredged in debauchery, you might not think Jeff Tweedy’s tale would be that intense.

The art of the rock and roll memoir is a raunchy one, ordinarily stroked by ego, dollar signs, and a love of exhibitionism. The unabashedly open-book lifestyles of The Rolling Stones, Aerosmith, and Mötley Crüe all come to mind as easy fits for the genre.

Wilco, perhaps, do not.

Yet somehow, the alt-rock frontman’s narrative fits right in with the rest of rock’s storied roster of innovators in his new memoir Let’s Go (So We Can Get Back).

“The drugs couldn’t keep up. Because of course they couldn’t,” Tweedy writes. “There were never enough drugs to keep up with keeping me normal.” Long live the struggling rockstar archetype.

After releasing his memoir earlier this week, Tweedy comes to Boston tonight (November 14) for a moderated discussion at The Wilbur. The event, hosted by Brookline Booksmith, congregates Wilco fans to chat with Tweedy about the book (and, potentially his forthcoming solo record Warm, which is due out later this month).

But let’s forget about the drugs for a moment, as there’s far more to Let’s Go (So We Can Get Back) that lends the memoir its charm. Tweedy makes a point of peppering in other personal music tidbits from his life pre-Wilco and Uncle Tupelo days, all of which are honest to the point of risking ridiculousness (and not the predictable gluttonous kind).

The first song he ever wrote was recorded by a band oddly called Joe Camel and The Caucasians; his lifelong delve into musicianship did not, in fact, start with his first guitar, a cheap-o model from JCPenny; and he once told his classmates that he was the mastermind behind Born To Run, vocals, songwriting and all (“Why couldn’t I have gone for something a little more obscure?” he muses in hindsight).

Wilco don’t even get the deep-dive treatment until more than a third of the way into the book, and that’s not a complaint. For all the releases out there that commit mere fan service via regurgitating tales of excess, Let’s Go (So We Can Get Back) presents an inward-looking, carefully laid-out timeline of a great in American songwriting.

Sure, it’s not a head-to-toe soak in an overindulgent life, but consider this notable, frank excerpt: “It’s true we rarely had toilet paper in our apartment. How, you ask, could four humans sharing a living space tolerate such a state of affairs? …It was an insane game of chicken where you became weak in the others’ eyes if you weren’t resourceful enough to maniacally crumble up pages from a phone book to the texture of a chamois.”

Could any 300 pages’ worth of calculated hedonism ever compare to that kind of candor?