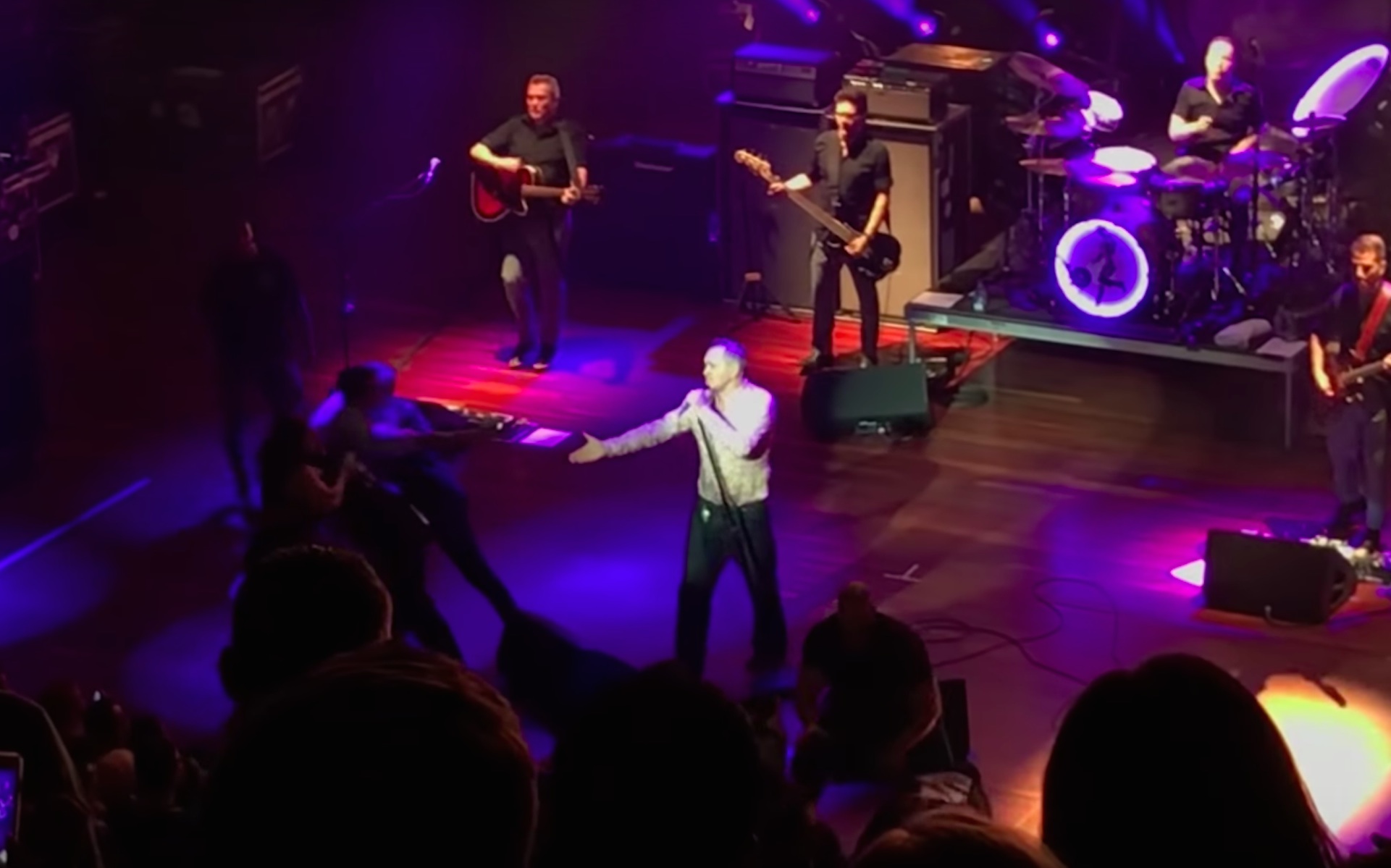 Morrissey has been out playing live shows lately, and he’s followed through on all planned gigs without a cancellation in sight. His perfect record, however, was dinged ever so slightly over the weekend after he cut short his appearance in San Diego after fans crashed the stage.

Mozzer was wrapping up his show at Copley Symphony Hall on Saturday (November 10) when a stream of fans rushed the stage during the encore, for “Every Day Is Like Sunday.” Early media reports suggested Morrissey was “attacked” in the incident, but the former Smiths singer downplayed that notion in a Facebook post written by his manager, Peter Katsis, and the fan in question, reported to be Carlos Rodriguez, clarified that he didn’t throw any sort of punch.

Watch video of the incident below. The whole thing prevented Morrissey from returning, but all was not lost — “Every Day Is Like Sunday” was his 20th song of the show and likely the closing number.

“Nobody tried to punch M last night,” Katsis writes. “Morrissey’s fans are not malicious. The fans were simply doing what they have been doing for almost 30 years. Trying anything they could do to jump onstage and touch him, or hug him. The fan in question was certainly more aggressive in reaching out for him than most, so security had to do their job and subdue the fan. That’s all it was. In the end no one was hurt, and no one was arrested.”