Cursive welcome the Paradise to their nightmare 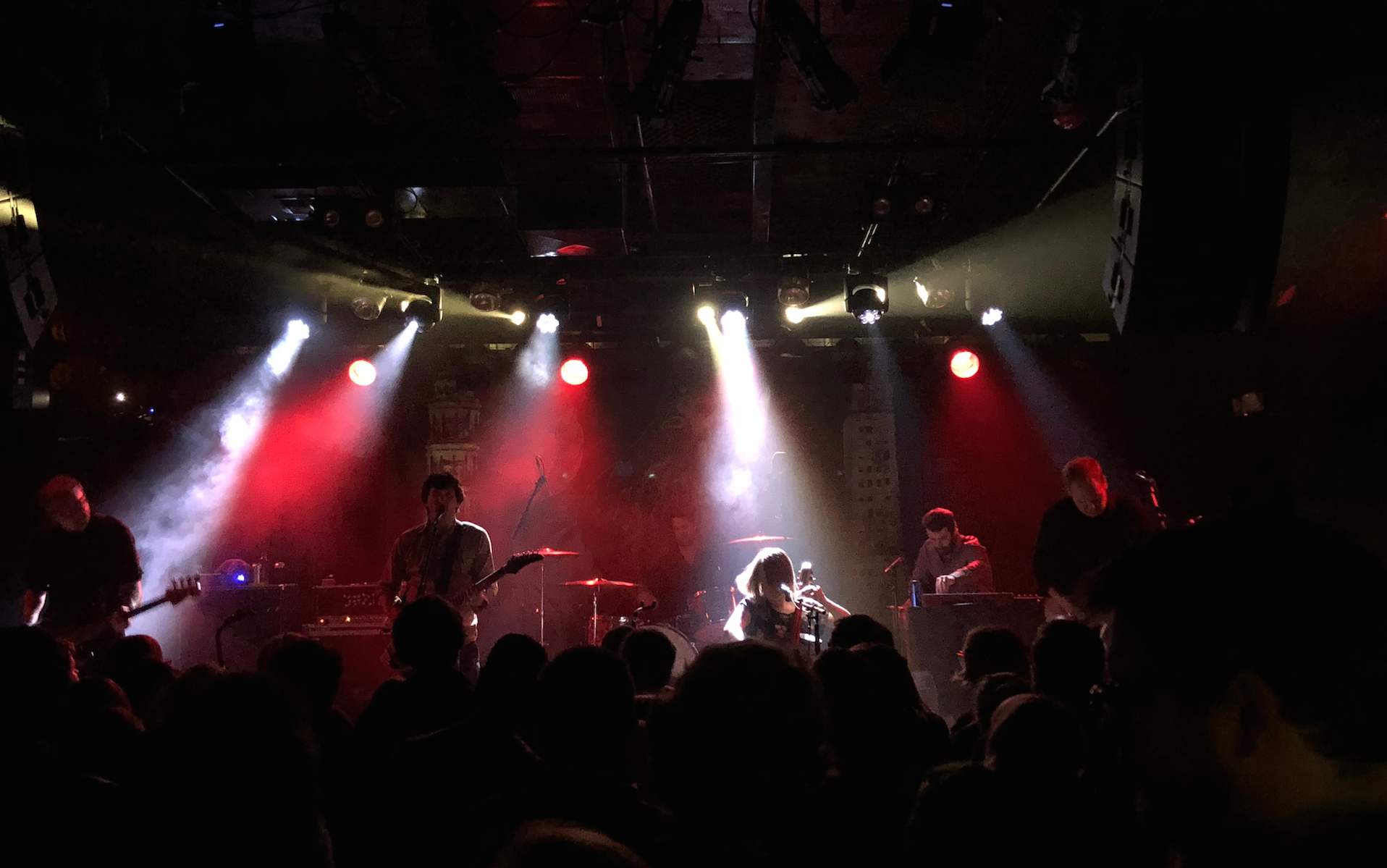 The main thing that set Cursive apart from their early-2000s emo peers (besides their fondness for concept albums) was the queasy dissonance that made classic albums like Domestica and The Ugly Organ so nightmarishly unsettling. While other bands aimed for the emotional equivalent of the cathartic release one gets after throwing up, Cursive sought to replicate the stomach ache. Now that most of us feel this way pretty much constantly, the time is right for Tim Kasher to get his most successful group together for a new album (last month’s Vitriola, their best in a long time) and tour — which brings us to their Paradise Rock Club gig this past Thursday (November 8).

With keyboardist/trumpet player Patrick Newbery and cellist Megan Seibe supplementing the core four members from the band’s heyday, Cursive was perfectly positioned to cover every era of their multi-decade career. Vitriola is notably the first Cursive album since The Ugly Organ to feature cello, and the horror-movie-soundtrack quality of Seibe’s playing helped “Free To Be Or Not To Be You And Me” and “It’s Gonna Hurt” hit as hard as Ugly Organ staples “A Gentleman Caller” and “Art Is Hard.” In Cursive’s hands, seemingly every instrumental flourish, from the horn blasts of “Big Bang” to the corrosive post-hardcore guitars of “The Martyr,” functioned as a menacing agent of chaos, upending the songs from the inside.

Anchoring it all was Kasher, who in both vocal presence and appearance suggested an alternate timeline in which Conor Oberst never discovered Americana. Though his screams have lost some of their raw yelpiness, his singing voice has simultaneously grown more melodically capable. Fun as it was to watch Kasher motion wildly with his arms while yelling his head off during “The Casualty,” his tender vocal on the uncharacteristically pretty waltz “Into the Fold” was a completely different kind of highlight. Between songs, Kasher was a pure delight, thanking the openers with uncommon sincerity and joking with audience members about baseball and the band (on Cursive’s recent departure from their long-time label: “We got off Saddle Creek because we’re independent motherfuckers!”).

The set reached its emotional apex with “Stayin’ Alive,” as Cursive put their considerable force in the service of uplift and perseverance rather than the usual despair. A recording of the children’s choir which ends the song played them off the stage, then looped until the encore. After “Dorothy at Forty” cleverly segued into “Under the Rainbow” before coming back around for one more anthemic chorus, the night ended with “From the Hips,” which started mellow before the drums kicked in and the band raced to Kasher’s climactic declaration that “I wish that we had never talked / Our hips said it all!”

Opening the show were a pair of up-and-coming Chicago bands. Campdogzz captivated with their haunted, atmospheric indie-folk; think Big Thief wandering through the woods alone at night. Meat Wave, meanwhile, slammed their short bursts of punk aggression home with a hammer-headed insistence that went from thrilling to tiresome by the end of the group’s 45-minute set.