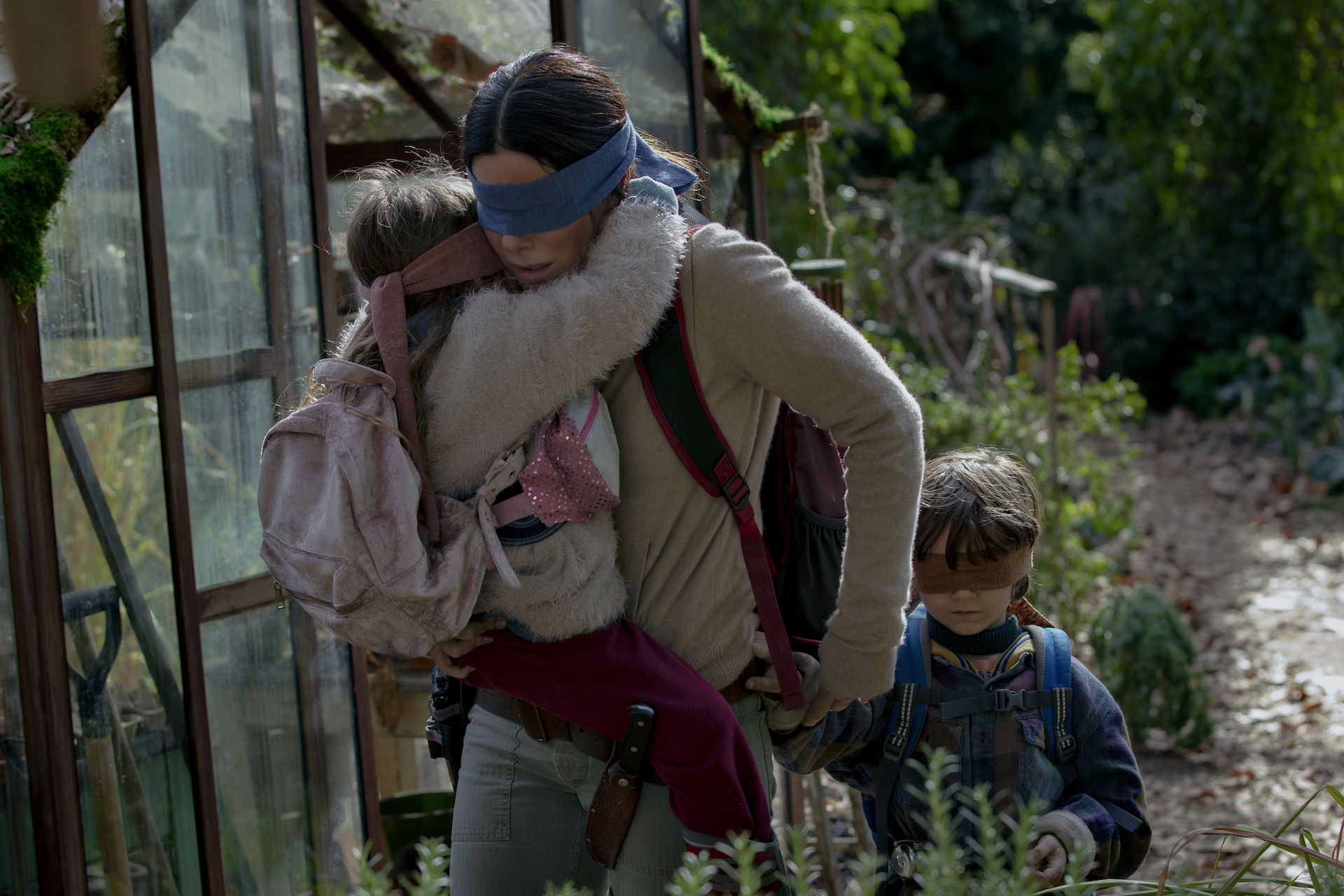 It’s been about 11 years since Sandra Bullock starred in a horror film of any kind — that last film being, despite its dope-ass poster, the incredibly forgettable supernatural thriller Premonition — so it’s with open arms that we welcome her back to the genre. She’s the lead in Netflix’s new Quiet Place-style post-apocalyptic sensory horror Bird Box, for which the streaming giant dropped a trailer on Wednesday.
You probably want to watch this, if only to see how many great actors are present in this film’s ensemble. John Malkovich? Yeah. Lil’ Rel Howrey? Sure! The Predator‘s Trevante Rhodes? Duh. Sarah Paulson? You best your ass!
Take a look:

We’re… kind of pumped for this? It’s from Oscar-winning Danish director Susanne Bier (who won Best Foreign Language Film back in 2010 fo In a Better World) and though her theatrical career has taken a hit or two in recent years (anybody remember Serena?), one could argue that her skills have only grown, given that she absolutely killed it on the small screen with her BBC adaptation of John le Carre’s The Night Manager back in 2016. So, we’re excited to see what she brings to the table here.
Here’s a synopsis:
“When a mysterious force decimates the world’s population, only one thing is certain: If you see it, you take your life. Facing the unknown, Malorie finds love, hope and a new beginning only for it to unravel. Now she must flee with her two children down a treacherous river to the one place left that may offer sanctuary. But to survive, they’ll have to undertake the perilous two-day journey blindfolded. Academy Award winner Sandra Bullock leads an all-star cast that includes Trevante Rhodes, with Sarah Paulson, and John Malkovich in ‘Bird Box’, a compelling new thriller from Academy Award winner Susanne Bier.”
Bird Box hits Netflix and select theaters on December 21.
Featured image via Netflix.