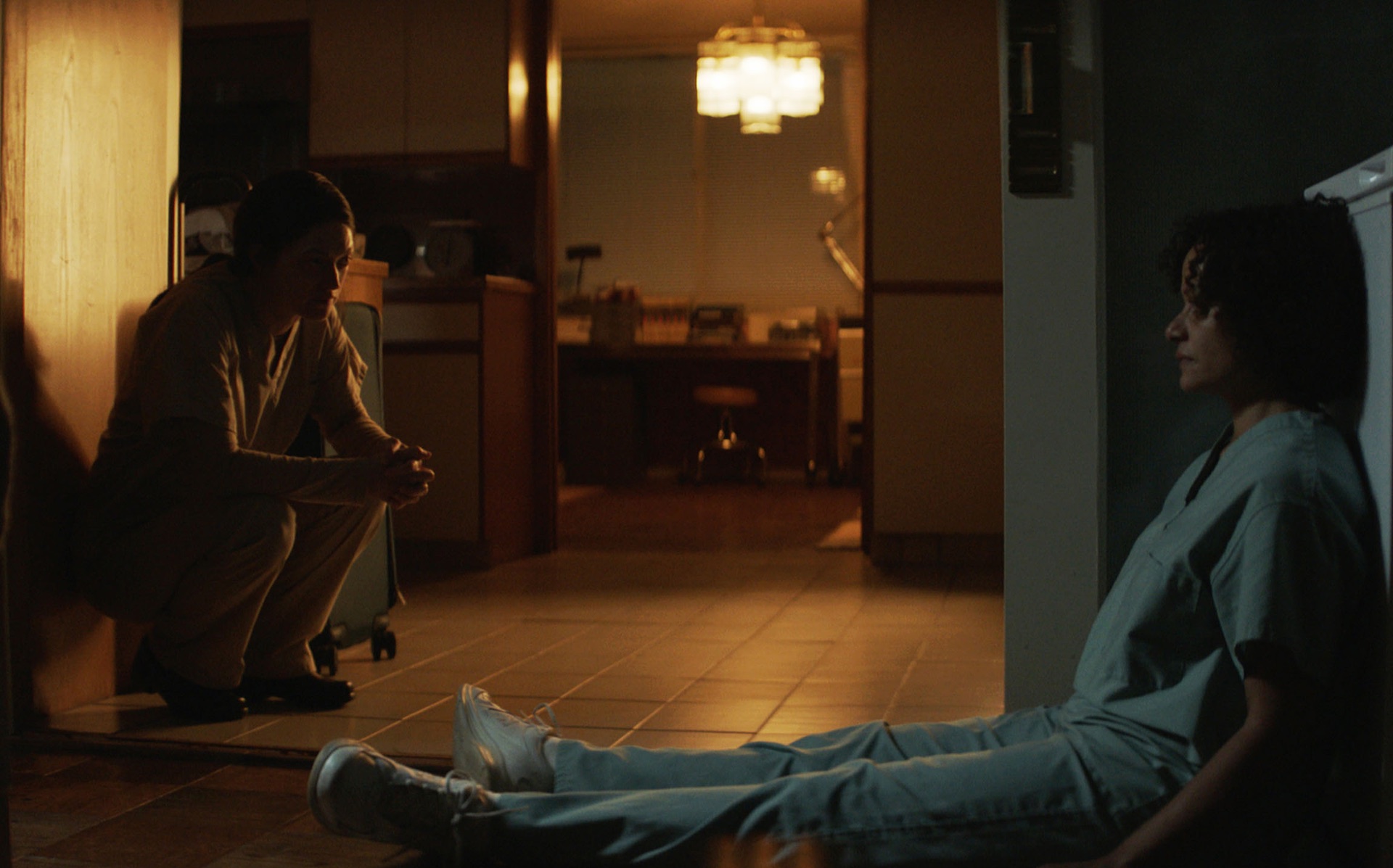 Editor’s Note: Vanyaland Film Editor Nick Johnston is back in Utah covering the 2023 Sundance Film Festival, and the premieres are already flowing. Scan through our full coverage of Sundance reviews from this year’s festival as they are published, and check out our full archives of past editions.

Laura Moss’ birth/rebirth is the kind of genre movie I go to festivals hoping I’ll get to see: An out-of-nowhere shot-across-the-bow that declares the arrival of an interesting and possibly major talent to the community at large. What’s even more exciting about it is how hard it resists easy categorization. Is it a serious drama about the lengths people will go to save their metaphorical and literal children? Sure. Is it also incredibly funny? Yeah. Is it scary? Not particularly, but the ick factor of the subject material more than makes up for a lack of blaring jump scares or creeping peril — this is most definitely a movie you should not watch with your parents or anybody under the age of 18 (unless you’re a cool aunt/uncle and you’ve got horror fan teenagers in your care for a weekend). But what it is, certainly, is incredibly impressive, with a pair of brilliant performances anchoring the whole thing and a script that constantly tosses curveballs at the audience, with every cent of what I’m sure was a shoestring budget being captured in the impressive detail given to each gross detail.

After Lila (A.J. Lister), a 6-year-old child, dies of bacterial meningitis at a hospital in the Bronx, two total co-workers (and total strangers) cross paths in the morgue. One is the girl’s mother, Ceile (Judy Reyes, in a stroke of genius casting, given that Moss is able to riff off of her Scrubs legacy), a joyful and caring nurse whose life has been utterly devastated by the loss of her child and her guilt over not listening to the girl’s complaints about not feeling well before heading to work that morning and, thanks to an ill-timed drop of her cellphone, totally missing the frantic calls from her babysitter when she took a real turn for the worse. The other is the hospital’s in-house mortician and pathologist, a frightfully serious and focused PhD. named Rose (Marin Ireland, whose performance here is the kind of straight-up brilliant that transforms an otherwise good film into something fully deserving of cult classic status) who is, in secret, working on a potentially revolutionary experiment, once whose materials she sources from random dudes in bars, complete with milking vessels, and from her own ovaries (it is as gross and bizarrely funny as it sounds). Once Lila’s body arrives in her morgue, she quickly identifies that the girl is a perfect subject for her experiments and spirits away with the body, leaving behind a very understandably pissed-off Ceile, who has no idea why the city can’t track down her daughter.

But Ceile’s not one to take shit lying down, so she shows up at Rose’s apartment, rightfully suspecting that the awkward pathologist has been lying to her about what happened. She forces her way in and is surprised to discover several things. First, there’s a pig wandering around. Second, Rose’s apartment is covered in various vials and test tubes and beakers, and also seems to have not been re-wallpapered since 1974. Third, and most importantly, she’s astonished to see her daughter lying intubated in a bed in Rose’s living room with a beating heart. See, Rose has been harnessing fetal tissue in order to create a serum that can revive the dead, and Lila was a perfect genetic match for her experiment. The hog, snarfing at string beans on the kitchen floor, was her first successful revival. One can forgive Celie, at least at this point, for looking past the boatload of ethical issues here and focusing on the simple fact that her daughter is alive, and might have a chance at getting better provided that the treatment can continue. So, she moves into Rose’s apartment, using her on-the-job skills as a way to care for the girl through treatments. But as the dangers of the experiment begin to multiply, both women will have to stare down the barrel of what they’re doing, and the compromises they’re willing to make in order to keep Lila breathing.

At first blush, it looks like birth/rebirth will follow the easiest possible trend and simply be a Re-Animator riff, and there are shades of Herbert West in Rose — she’s deliriously awkward and lacking in any social grace, but she has more of a conscience than Lovecraft’s concoction — but it refuses to play on the same field as Stuart Gordon did. It’s a semi-grounded and ugly portrayal of this type of fictional ad-hoc science, with each gory detail rendered vividly and stomach-churningly, though with a certain amount of taste. Then it vaguely looks like it’ll be a “came back wrong” type of tale, much like King’s Pet Sematary, but that’s quickly undone by the lack of mysticism inherent in a science-focused story like this — when it does appear that something is wrong with Lila, once she regains some measure of consciousness, Rose quickly diagnoses what went wrong and attempts to fix it. Nobody’s getting stalked or killed by the revived girl in this — instead, the kind of manipulation and violence that Rose and Celie contemplate once the serum starts running low is the real source of any and all horror here. And, Jesus, is it evil and enthralling to watch unfold. Reyes and Ireland are perfectly paired, with the former generating enough empathy to make the choices she makes understandable (until the last half-hour or so), and Ireland is full of bizarre wit, intentionally and totally unintentionally on her character’s part.

Importantly, Moss (and co-writer Brendan O’Brien) refuses to come down on the general ethics of the issue at hand while rightfully excoriating the processes as shown here, yet without ever losing sight of the characters and the pain underwriting all of their choices. I’m certain one could do a heavily-conservative leaning analysis of this and come away satisfied, while I’m sure that a leftist would likely find just as many things to like. birth/rebirth is, ultimately, an example of the best that genre filmmaking has to offer as a method of exploring the feelings, murky and gross in all of their grayscale complexity, behind legitimate issues of our time. It twists a little too hard in some places, and drags a bit in a few scenes (some of the character establishment early on seems to pump the brakes a bit too hard on a quickly-accelerating storyline, and the film’s intro, which acts as a foreshadowing of the film’s climax, is a bit too cleverly placed and revealing once we’re able to assemble the parts), but the additional issues I had while watching eventually resolved themselves as Moss settled into her groove. It really is tremendously entertaining food for thought, though I’d be careful eating a ham sandwich — or any food for that matter — when you watch Birth/Rebirth whenever it hits Shudder this year.