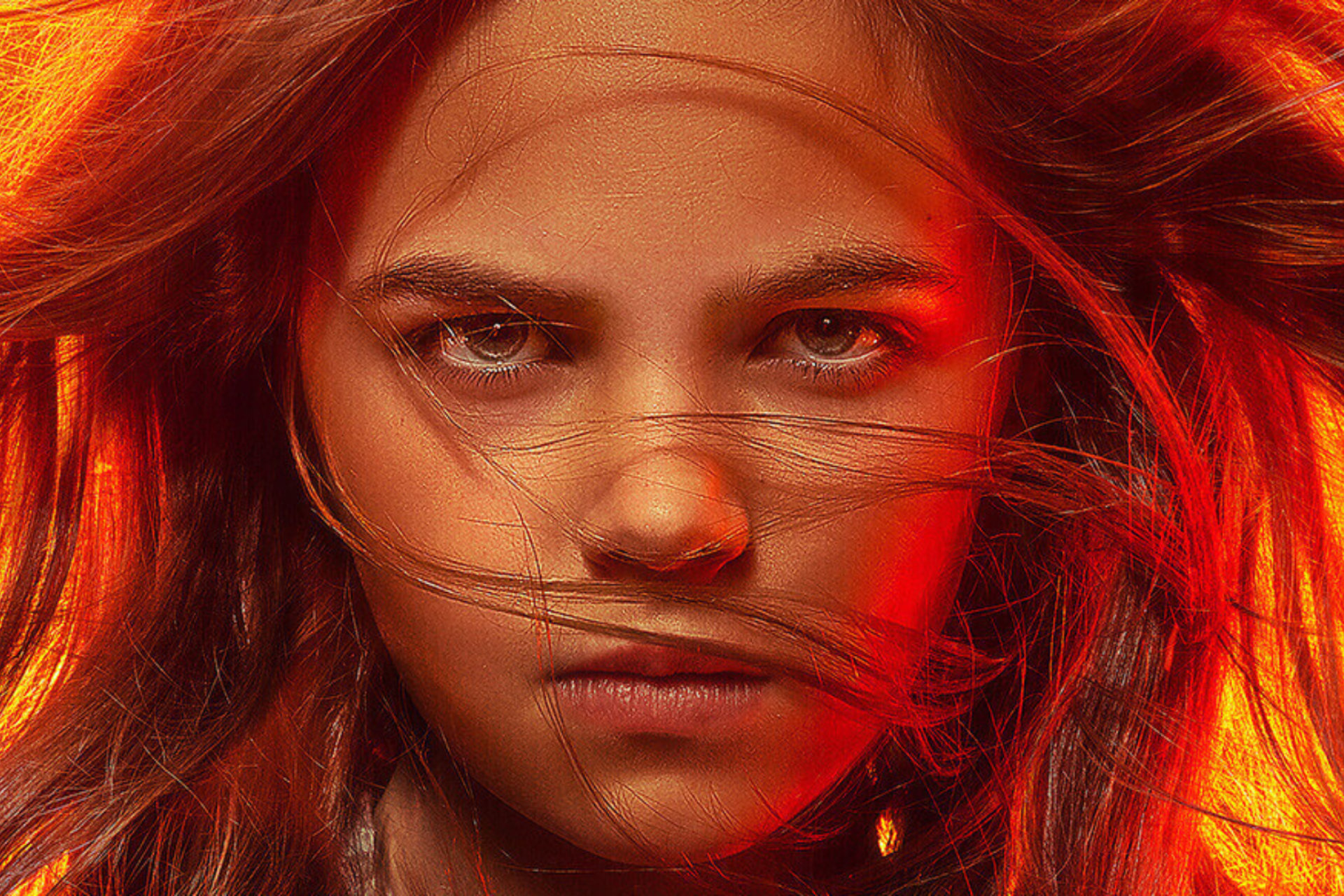 Something like Stephen King’s Firestarter may seem, at first blush, to be the perfect candidate for a remake. Here’s a minor novel by Maine’s Master of Horror that still has a hefty amount of name-brand recognition, given that it looms large in the memories of Gen X and elder millennials as either childhood theater viewing or a VHS tape that stared at them creepily from the racks at their local video store. Its hook, a young girl with telekinetic powers and her father are on the run from the government, proved to be more powerful than its rating, and as such, it became the kind of viewing one would have at sleepovers provided they had permissive parents willing to shell out the cash for an R-rated rental. It’s not a particularly great film — the fact that John Carpenter (who does the score here, doing solid work and getting that bag) didn’t direct the adaptation, which he’d been offered by Dino DeLaurentis while he was completing The Thing, is the kind of sticking point that never quite escapes one’s craw — but it remains influential. Hence, it shouldn’t have surprised anybody that Blumhouse, in their quest to pivot from theatrical risk-taking to the same IP-bound caution that all other production houses and studios have found broad success with, announced that they’d be remaking it. The new Firestarter, directed by The Vigil‘s Keith Thomas, isn’t terrible, but it does offer a proof of the hypothesis that many critics offered up when things like John Carter hit theaters and failed at finding an audience.

For starters, it’s nearly a full half-hour shorter than the original, and goes to gory lengths that the original couldn’t: There are some impressively brutal moments here, though they’re really just limited to the film’s back-half, once Charlie (Ryan Kiera Armstrong) puts her powers to work burning the flesh off of the bones of low-level government agents. Just make sure you don’t cook pork while you watch this on Peacock, or you may cross some wires that will lead you to get prion diseases when you embark on your cannibal-craving spree. Her father, himself a victim of government experimentation and was given the ability to “push” the minds of others by these tests — I.E., influence them to do whatever the hell it is he wants them to do, be it shooting their partner or giving them shelter — is played by Zac Efron, who feels miscast here even if he does a pretty decent job when the moment calls for it (he still looks too young, especially compared to David Keith’s gruff and grizzled dad in the original — no small beard can make up for that dad thickness). Their escape is kicked off when Charlie throws a tantrum at school and nearly kills a teacher, and the government sends another experiment, a man named John Rainbird (Blood Quantum‘s Michael Greyeyes, taking over from George C. Scott in genuinely welcome change), who happens to kill the girl’s mother during their first encounter. He’s hunting them, with the government closely behind him as well, and Dad’s forced to impart life lessons on the little girl while actively fearing for her safety.

Yet the problems reveal themselves pretty quickly. Though the action is competent, the gore metal, and the screenplay fast-paced, Thomas has trouble making the film compelling for what I believe are three main reasons. The first is the film’s look, which is digitally desaturated and bisexually-lit in the way that a lot of cheaper horror projects are nowadays: it looks fundamentally generic, especially in comparison to the original, which was still shot on film and retains a real texture. It’s just too smooth and dark to become atmospheric in a home environment, to say nothing of what it must be like in a theater. The second is that Thomas just doesn’t really understand how to make Charlie compelling as a character, defaulting to well-established cliches about how “creepy kids” should act on screen in lieu of making her any more empathetic than she absolutely has to be. It’s one thing to be skeptical and fearful of power this great in the hands of a child, but the one stroke of genius that Mark L. Lester had in casting Drew Barrymore in the original was that she was heavily emotive, even if she wasn’t given as much to do as she could have. There’s a sad soulfulness that Lester was able to draw from, and the film is cognizant of it: Just look at the differences between the posters for each Firestarter. One emphasizes the fundamental childishness of the character — a vacant gaze, familiar to most parents, that all children show when do not understand the cruelty they wreak upon the world — while the other has her practically grimacing at the camera and viewer as if to suggest that she, not the world she inhabits, is the thing to be feared. It’s a failure on Thomas’s part as a creator of emotional meaning, and it prevents the film from connecting with the viewer in the way that King intended.

The third is the more intangible and out of Thomas’ control, and I don’t fault him for this at all, but Firestarter, unlike something like Carrie, is a narrative that has been wholly absorbed into the culture at large to the point that it feels generic. We’ve had dozens upon dozens of tales just like this in the time since its release: the X-Men films (though the source material that they are based on predates Lester’s adaptation), Midnight Special, The Sixth Sense, Push, etc. to say nothing of Stranger Things, whose first season, as a friend reminded me in conversation last night, owes a great deal to Lester’s film. Even if one had made the perfect adaptation of King’s novel, to the point that folks would shout hosannas from the rooftops at your favorite genre film festival provided that it premiered there, it would still have to prevail against the kind of deja vu-like indifference that emerges when someone watches a film that reminds them of other and more memorable films that came about in a perfect cultural storm and commanded the moment’s attention.

Trust me, you will not stop comparing this movie to things you might have watched in the last five years — just try not to think of the word Logan when you see this movie. But it’s so much worse when a film like this lacks any tangible features to distinguish it from the crowd: It enters and exits one’s mind without even providing so much as a spark of interest as if it were a dud match that can’t even strike right straight out of the box. And as Bruce told us all those years ago, that’s really no way to start a fire.