Jackie Kashian wastes no premise in her new album ‘Stay-Kashian’ 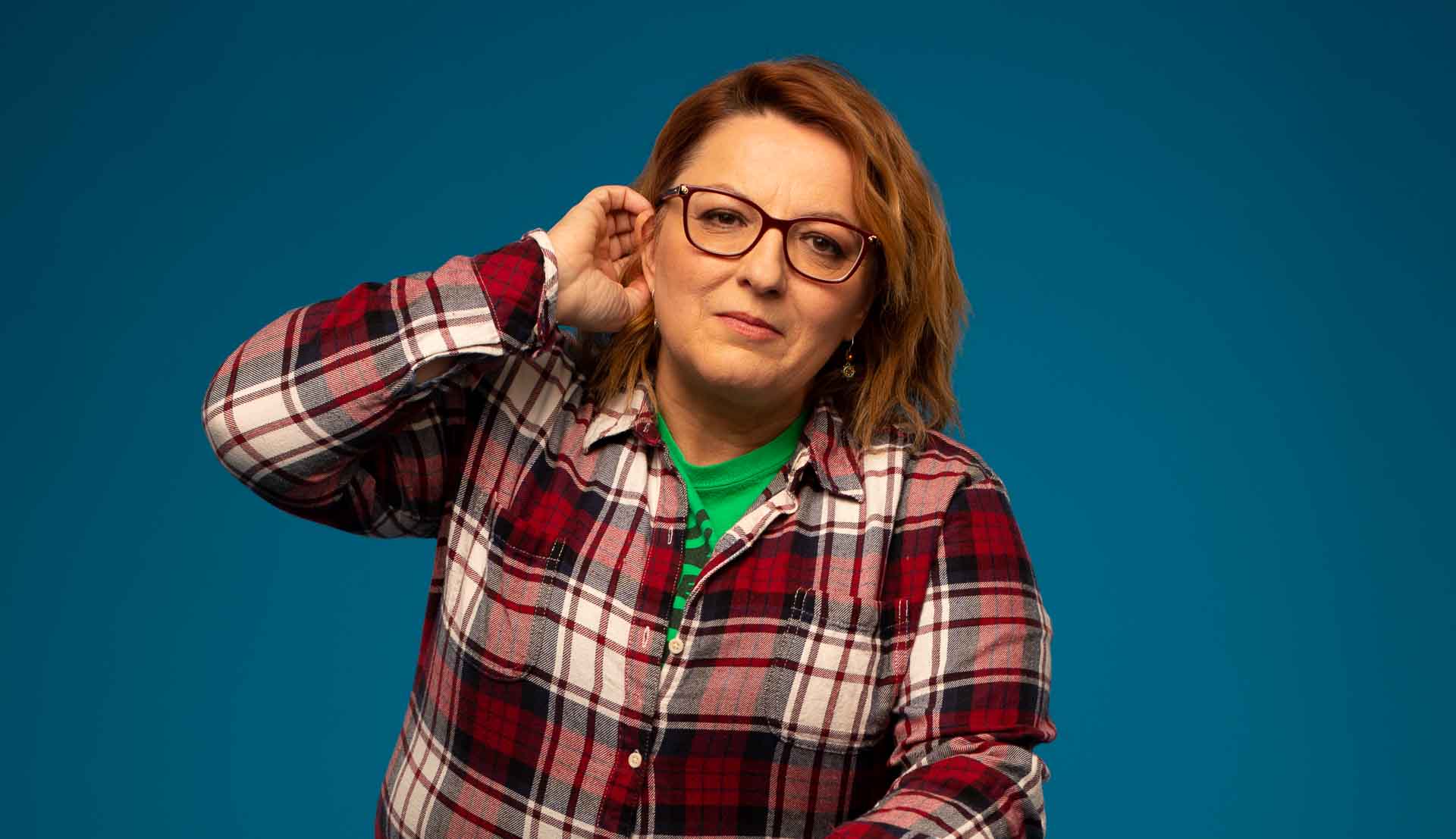 For a majority of the past 37 years, Jackie Kashian found herself working for the smartest and hardest-hitting punchlines. But somewhere along the way, that changed a bit to a much more loose and silly approach. Now, with her latest album, she’s got the best of both worlds, with all of that and then some.

With her sixth album Stay-Kashian, which landed in mid-November, the Wisconsin native brings her tried-and-true Midwestern charm and sarcasm to the table, while also flexing her socio-political muscle a bit. Now, while it may seem like having a global pandemic shut everything down in the midst of you polishing your new hour would negatively impact its landing, Kashian is quick to admit that the time away actually proved creatively fruitful in a way.

“The great thing about the album is that, with the additional 16 months, I could run it more and tighten it up a bit more, so the material is better,” Kashian tells Vanyaland. “I’m pretty proud of the album, and I’m psyched for people to hear it. It’s too late for notes, but I’d love some positive feedback, and if you don’t like it? Well, what is wrong with you?”

While her latest batch of material certainly harbors much of what has made her one of the most respected comedians in the game over the course of her career, even as someone who wouldn’t consider themselves a particularly political comic, Kashian found it nearly impossible to not utilize her art this time around to delve into issues of the day that are faced all over the world. Of course her main objective, a la Roger Rabbit, is to make people laugh, but Kashian is quick to acknowledge that her art is more than entertainment. It’s also a processing tool.

Volleying between the mundane and deep, Kashian’s latest hour doesn’t rely on one angle over another. Instead, there is a type of layered balance that not only further explains her longevity in the business, but also touts her unshakable ability to deliver the sugar that helps the medicine down, as she tackles everything from what’s on TV to issues surrounding gender and sexuality. While she does enjoy letting loose and keeping things silly, Kashian has felt the need of a shift in her career in some ways — but that doesn’t mean it has to be completely deep and dark from here on out.

While she’s proud of how her new hour came out as a whole body of work, Kashian pinpoints her material about flirting, as well as gender and sexuality, as the aspects of the material that stick out to her most. with nearly 40 years of grinding away in the stand-up trenches, Kashian doesn’t shy away from admitting that her perspective on those topics have been affected by her position as a comedian, where it took some time for her to see that sexism both inside and outside of her industry was a bigger problem than she realized.

However, over the course of putting the material for this record together, Kashian is glad that her perspective was shaken up a bit by younger fans and comics, which allowed her to step back and reassess how she approached certain topics on stage, and open her creative horizons to more topics and discussions. Now, she’s hoping that her tuned-up viewpoint further shows that she’s coming from a genuine place of understanding, while still making people laugh in the process.

“If I don’t talk about certain things while I’m clearly thinking about them, I feel like it would come across as disingenuous or it would feel like a waste of premise,” says Kashian. “I’m like a Depression mom over here. We will not be wasting any premises in stand-up comedy. Instead, I’ll make stone soup out of them and it’s going to be great.”