‘The Tragedy of Macbeth’ Review: Joel Coen takes on the Bard with style 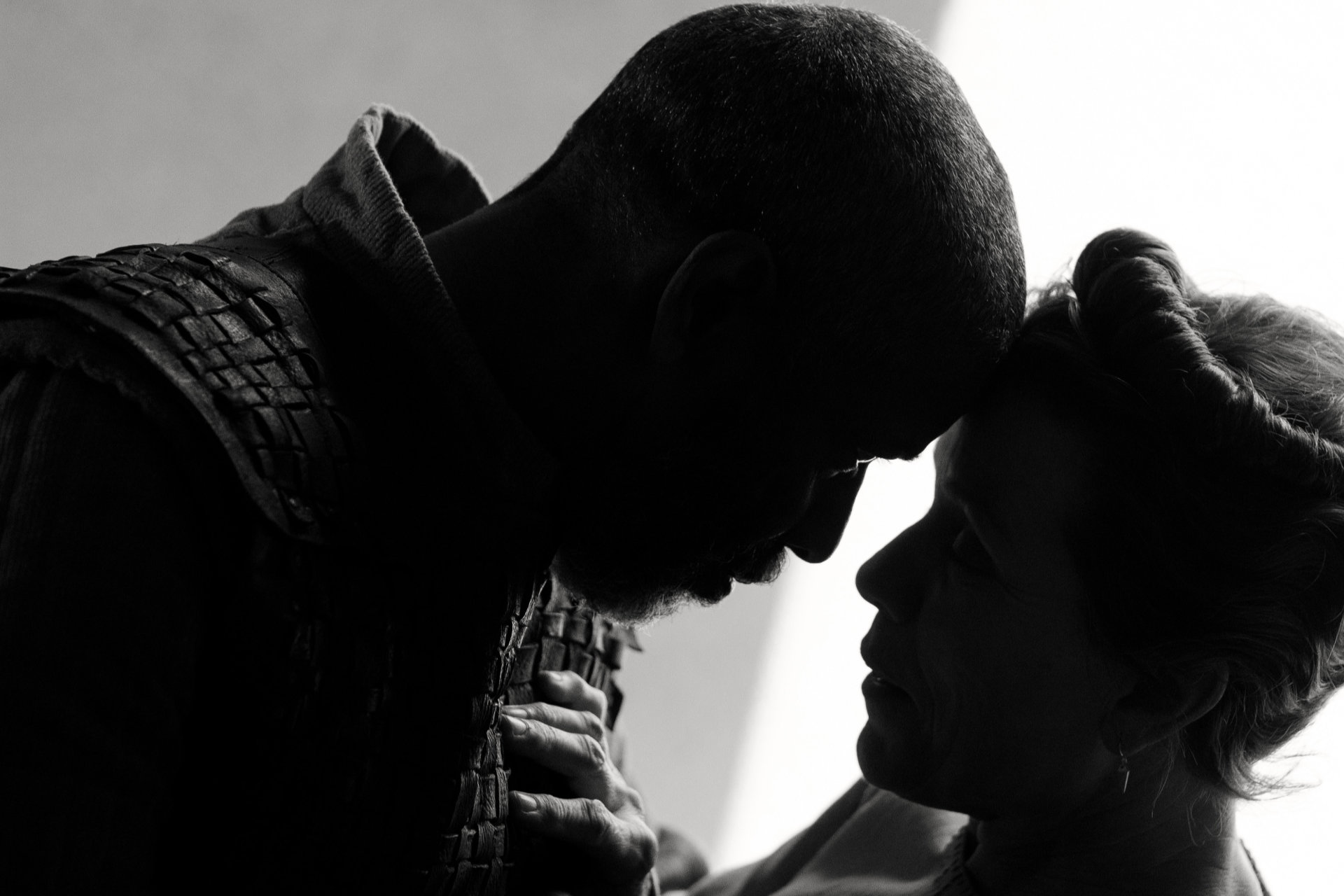 It’s amusing that a play as cursed as Macbeth — in which just by the very existence of a wide-release film adaptation of “The Scottish Play” would release a word virus that would seemingly doom the lives of theater kids all across the country provided they weren’t sufficiently disgusted by Dear Evan Hansen to start studying up on molecular biology or something — is a repository for filmmakers to explore very thorny and troublesome issues to them. Of course, it’s a play about unchecked ambition and guilt (though one wonders why Julius Caesar isn’t up there as well, though perhaps it’s because of its seemingly never-ending political relevance), which are things, as it is with everyone else, that artists struggle with, but there’s also the element of betrayal and the perversion of once-whole interpersonal relationships to compliment all of that as well. In that way, it’s pretty goddamn tempting to read Joel Coen’s The Tragedy of Macbeth, the first film directed by a Coen brother without the other present and starring Frances McDormand, Coen’s wife, as Lady Macbeth, as a feature-length pondering as to the collapse of one of the greatest director pairings in modern history. Yet that’s probably pretty crass, so instead, I’ll just say that it’s a really well-done adaptation.

Instead of talking too much about the plot — look, Denzel plays Macbeth, Brendan Gleeson plays Duncan, Corey Hawkins plays MacDuff, etc. and you should just read the goddamn play before you watch the movie — I’ll shift pretty quickly to describing how it is. Much of the film is shot in either close-up or medium close-up, which has long been the one great advantage to seeing Shakespeare on film as opposed to on the stage: The lack of distance gets us close to these familiar characters than the way one would in live theater, and Coen mines it for what it’s worth. His screenplay is a smart adaptation of the play, retaining its core essence while stretching it so that it fits stylistically with the way that he wants to tell the story, and it’s written in such a way so that his actors are always feasting on the Bard’s best. What a cast he has assembled, as well: It would be difficult for actors like Denzel Washington or Frances McDormand to fuck up Shakespeare but it’s another thing for them to get the cadence and tenor of the writing exactly right when it’s spoken aloud and performed. There’s rhythm and emotion here that’s tailor-made for the camera, though it’s properly restrained so that no one starts shouting for the cheap seats or hanging for applause lines as one might in other, lesser adaptations. Yet there’s also a wonderful horror vibe here as well, what with the jump scares and the endless amounts of doom and gloom (cue up the Ministry, high school goths, for you shall feast this Christmas)

As you might expect, the absence of Ethan hasn’t totally stripped the film of its Coenness — the emphasis on the rustic, the way certain minor characters are framed and portrayed (the two henchmen who are tasked with killing Banquo feel plucked from another one of their films) and the form in which the irony in Shakespeare’s play is brought out places it well within the canon of Shit Happening To People Who Deserve It — but it has allowed Joel Coen freedom to experiment with different cinematic forms than he could with his brother. It begins with the imagery, which is lushly rendered in a Bergmanesque gothic greyscale and is inspired by both that master’s more fantastical work (The Seventh Seal is a pretty clear point of comparison), Olivier’s Hamlet, and Kurosawa’s Throne of Blood. There’s brilliant poetry to the way he renders the Witches, played by the Shakespearean star of stage Kathryn Hunter, who at times takes on a crow-like reaper appearance and also that of a bizarre contortionist, and who is perhaps most emblematic of the film’s approach to the comingling of deluded fantasy and “reality.” It’s also kind of fascinating to see how he approaches the violence in the film, such as when Macbeth challenges men to kill him at the end of the film and then subsequently hands them their asses as if he were John Wick or something. It’s, again, hard to imagine that scene taking place in a co-directed Coen film.

Yet, that brings us to the question: How does it stand against the rest of the brothers’ filmographies? Is it even right to compare them? I wouldn’t really say that it is, given how separate-feeling this is from their works together, though elements of it are an assemblage of other aspects of their work together. For instance, it’s hard not to think of The Man Who Wasn’t There while watching the beautiful cinematography here, but it’s done to a different aesthetic end, and just by the virtue of this being an adaptation of a classic play it elides the normal comparisons one could make between Coen characters or protagonists. What’s more important, however, is that it suggests that there’s a strong future ahead of Joel Coen no matter if his brother is still making movies with him or not, which isn’t always a sure thing in these partnerships, and we’re lucky to have an adaptation as good as The Tragedy of Macbeth for Christmas viewing, though I do dread the day in which it becomes regular classroom viewing on ancient TVs in high schools, as it just looks so great theatrically.