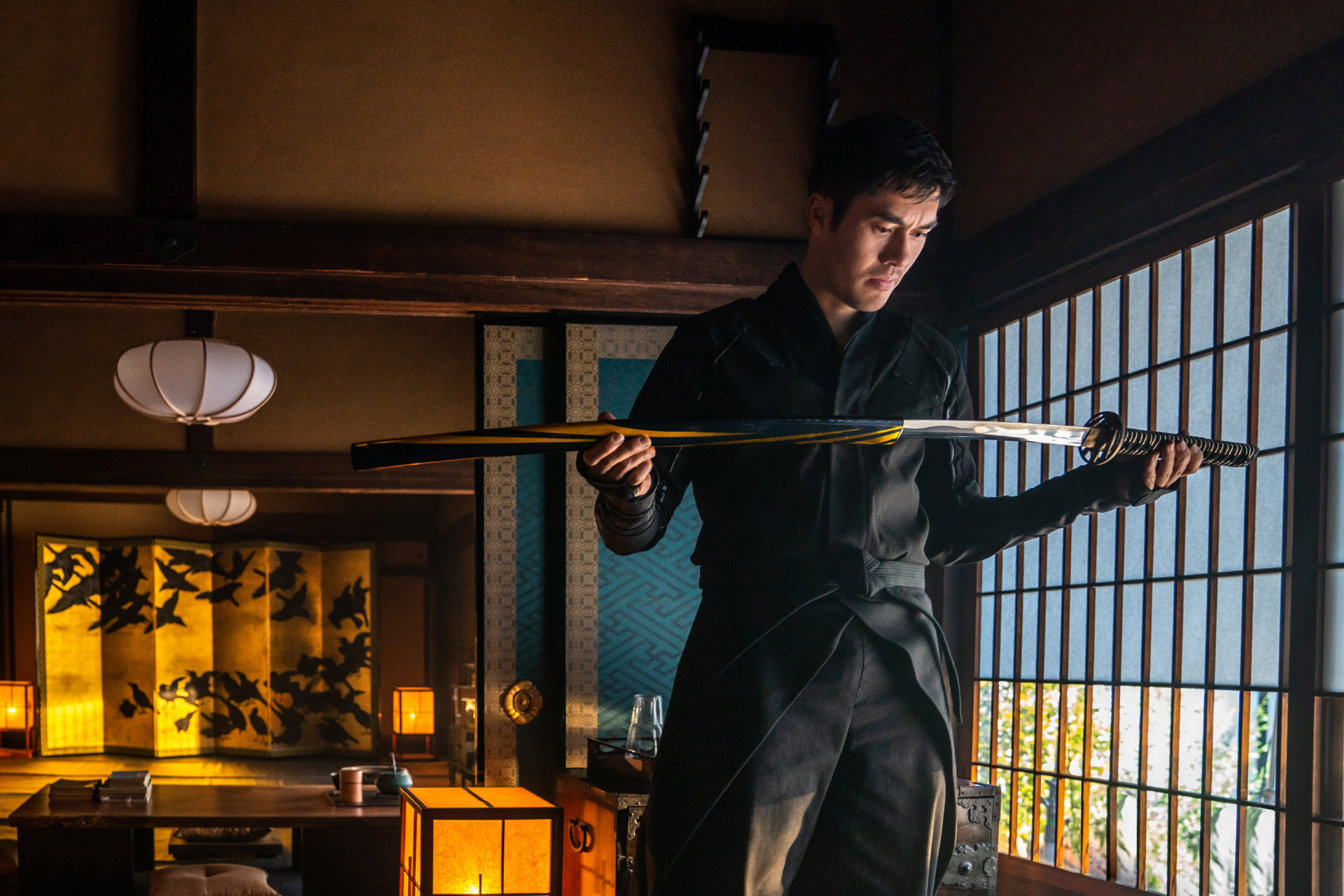 Perhaps the most Snake Eyes-like way to review Robert Schwentke’s Snake Eyes: G.I. Joe Origins would be for one to say absolutely nothing at all about it and just move on to doing cool shit instead, but you’re here and I’m here, so I guess we have to be Shipwrecks about this instead, just like how on the playground, in 1986, all the cool kids got to be Snake Eyes and Hawk and Duke, and you got to be… Snow Job? Anyway, you know all the reasons why kids thought that the black-clad mute ninja was such a badass in the first place? His cool suit, his skills with a katana, and, most importantly, the fact that he was a man of action, not of talk? You know, like he’s portrayed in that wordless issue of the G.I. Joe comic that people still talk about all of these years later as a great usage of the medium? Well, you’ll get maybe thirty seconds of the first, a few bits with the second, and absolutely none of the third, and I legitimately don’t know who — aside from Hasbro executives and Lorenzo Di Bonaventura — this was meant to satisfy.

Now, it’s not like Schwentke and company were adapting scripture here, as the G.I. Joe phenomenon was only made possible by Reagan-era deregulation of children’s television and is mostly known by those younger than the age of 40 for those spoof PSAs that were all over the internet, but you think they might have tried to figure out exactly why people liked the character in the first place before setting out to make a movie about him. As it stands, this iteration of the character, played by Crazy Rich Asians star Henry Golding, is one of the most annoying action-film protagonists to hit the screen in recent years outside of a Ryan Reynolds project. I suppose it must have seemed like a novel idea to subvert typical hero’s journey shit by making him such a gargantuan quip-shouting asshole who’s also totally cool with sucker-punching a lady before a sparring match begins and betraying his friends so that he can get a shot at torturing his father’s murderer to death, but hey, at least it seems like he learns something, right? That’s the problem, though: he doesn’t, and what follows is just two insufferable hours that not even the presence of The Raid‘s Iko Uwais or a fun appearance by Samara Weaving can uplift. Golding’s performance isn’t particularly good, either, and it’s not a good sign when you keep looking out for the moment when he takes a vow of silence, only to react with horror when you realize it will never come.

Schwentke spent much of his career at the blockbuster chum bucket, tossing out films like Red, R.I.P.D, and other middlebrow actioners to a feeding frenzy that declined steadily in size before he snuck out The Captain in 2018, a phenomenally bitter and brutal look at how The Uniform Makes The Man, filmed in a stark black-and-white to compliment the darkening shades of grey it depicted within. It’s somewhat ironic that he went straight from that film to this one, a tribute to government-sanctioned false badassery filmed in faux Greengrass-style unless the camera needs to stay still so the effects artists can remove the wires from the stiff and stilted actions sequences, a symptom of the kind of malaise that sets in where the fun is replaced with self-seriousness. Perhaps the single worst thing to happen to the G.I. Joe franchise was the first film’s withering reception from critics and audiences, who, after The Dark Knight and Iron Man hit the summer before, were in the mood for something different than the kind of broad and amusing action fantasy that Stephen Sommers served up for them. If you hated that movie when it came out in 2009, I highly recommend you go back and check out Rise of Cobra, because I think you’ll be surprised at how entertaining and engaging it really is. But because we were all too for school, we’re now at the point where the end credits of what should be a children’s film are directly ripping off the opening titles of Gaspar Noe’s Enter the Void in a bid for cool points, stripped of the style and seizure-inducing lights.

Only Kanye can do that, guys.