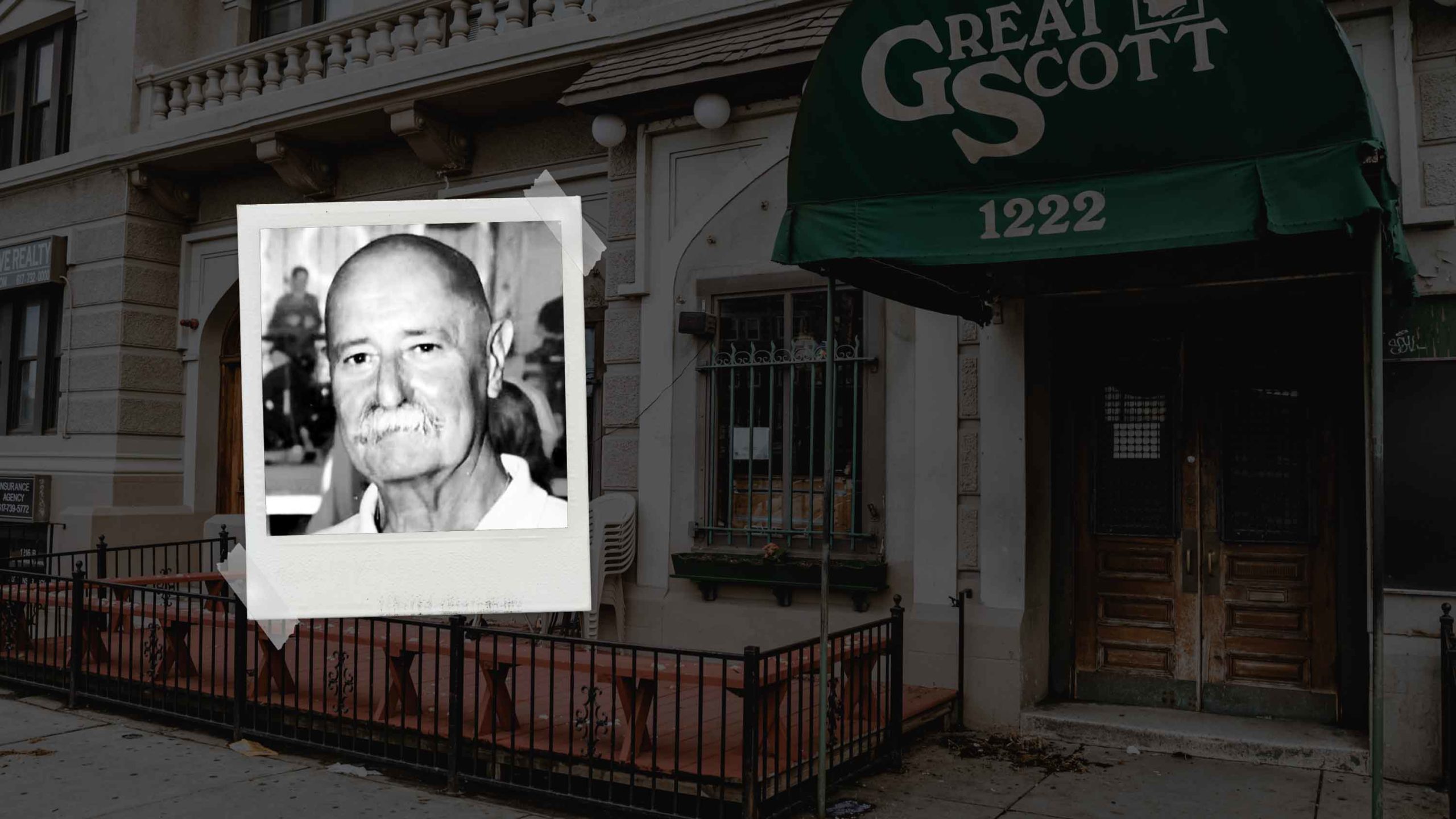 The Boston music community suffered a massive loss over the weekend with the passing of Frank Strenk, the longtime owner of Allston venues Great Scott and O’Brien’s Pub. A proud native of Southbridge, Strenk died after a brief illness on July 10 at Saratoga Hospital in Saratoga Springs, N.Y. He was 77.

Strenk owned and operated his “home base” of Great Scott through its 44 years on the corner of Harvard and Commonwealth Avenues, fully supporting its transition to a live music venue in the early 2000s, not unlike the live music component that was established at O’Brien’s in the mid-’90s. In addition to his beloved Allston venues, he was also the former owner of Quarters Pub in Saratoga Springs.

Those who worked with him at Great Scott and O’Brien’s were quick this week to note his integrity and passion for his clubs, and credited him as a champion of local music who helped establish the culture of arts and music that is now synonymous with the Boston neighborhood.

“Frank Strenk was one of the most truly wonderful people I’ve ever known,” wrote Great Scott booking agent Carl Lavin. “What he allowed us to try at Great Scott makes absolute no sense whenever I think about it and one of my life’s greatest joys is how proud he was of what it became. I am forever indebted to him for his patience with me (no matter how often I pushed it to his limit), for his unyielding kindness to my family and Boston owes him more gratitude than it can ever know because he didn’t chase after it in any way.”

Ryan Agate, longtime booking agent at O’Brien’s, joined in the praise: “Frank was my boss for 9 years and was about as supportive and hands off as a good boss should be. Did so much for this community.”

Great Scott manager Tim Philbin, who relayed the news of Strenk’s passing yesterday, eulogized his longtime boss and friend, and shed some light on Strenk’s passions outside the bar business, including his family life and horse racing, where he was a thoroughbred owner in New York and Massachusetts.

“Frank had a love for many things alongside his family,” Philbin wrote. “He loved going to New York City to see shows on Broadway. He loved his home in Saratoga Springs and the racing season every summer. I’m told he enjoyed an occasional Heineken. But he really loved his work. I was fortunate enough to spend the better part of the last 35 years working alongside Frank and through good times and bad he always was proud of his clubs. He loved supporting the bands, DJs, art shows, you name it that came through our doors and by doing so supporting the community around him.”

Philbin adds: “He was generous in many other ways as well, many of which we’ll never know as he preferred to do so anonymously. He was a man of integrity whose word was as good as gold and whose handshake was worth more than any contract. He was a larger than life figure who seemed to know at least every third person he’d see. He was my friend and he is missed.”

Strenk is survived by his longtime partner, Gail Atkinson, as well as his stepson and many nieces, nephews, grand nieces and grand nephews.

In lieu of flowers, family and friends are asking that donations may be made to Backstretch Employee Service Team (B.E.S.T), a nonprofit organization devoted to meeting the health and social welfare needs of barn area (“backstretch”) workers of the Aqueduct, Belmont, and Saratoga racetracks.

Calling hours for Strenk will be held on July 20, from 10 a.m. to noon in the Daniel T. Morrill Funeral Home, located at 130 Hamilton St. in Southbridge, MA. A funeral service will follow at noon, with Strenk to be buried in Southbridge’s Oak Ridge Cemetery.