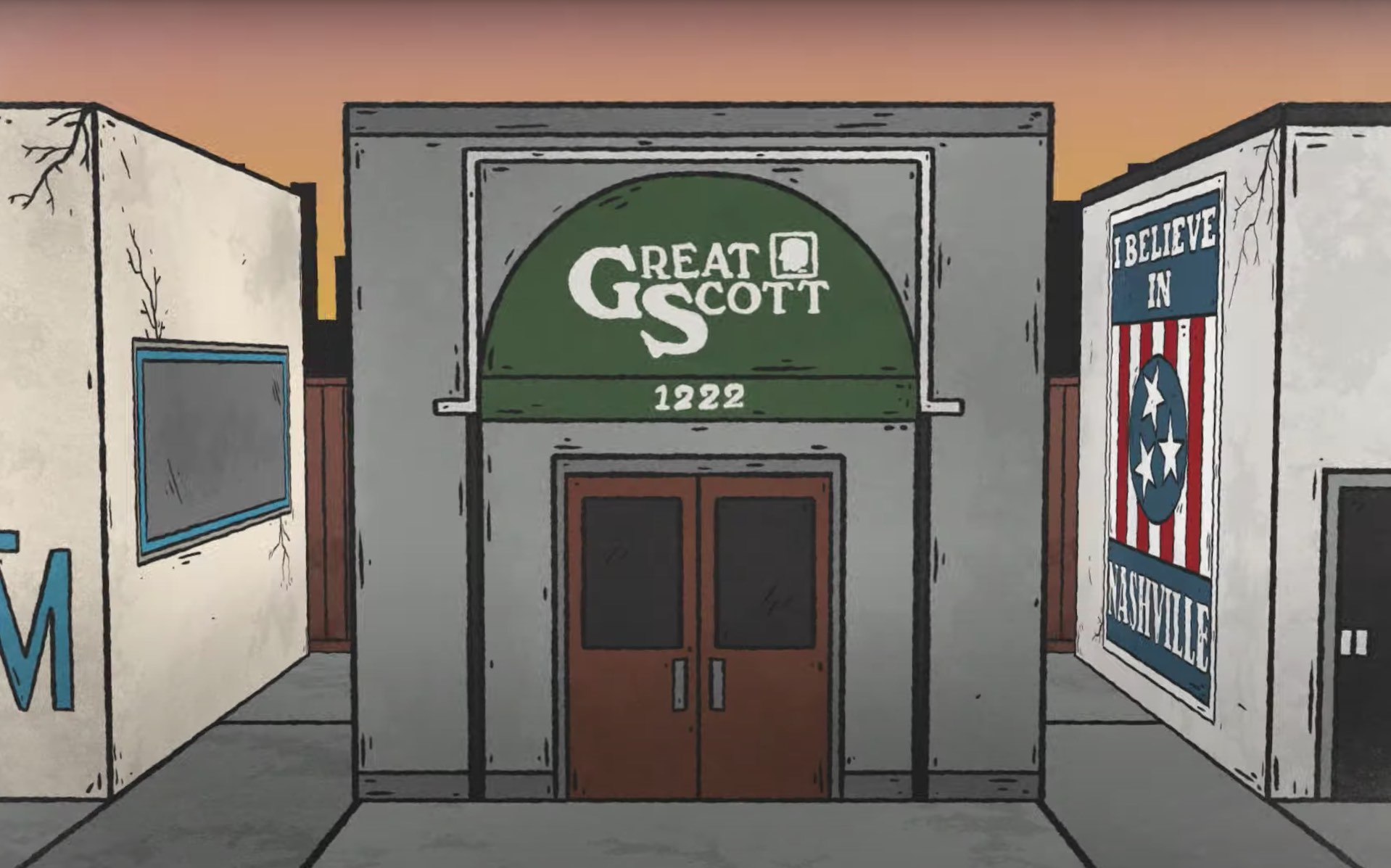 Nashville band Free Throw released a music video for new single “Ocular Pat Down” today (June 2), and the animated visual spotlights some beloved music venues from around the country. Making the cut in our neck of the woods are the shuttered Great Scott in Allston, and The Sinclair in Harvard Square, Cambridge. The video pays tribute to all the venues that had to close over the past year due to the coronavirus pandemic — some temporarily, and some for good — with rock clubs like Nashville’s Exit/In, Chicago’s Subterranean, Hi-Hat in Los Angeles, and Atlanta’s Masquerade all making colorful appearances.

“’Ocular Pat Down’ is a song about people who can’t seem to put others before themselves, but will always be the first to get on a fake pedestal,” says Free Throw drummer Kevin Garcia. “Throughout the last year, we saw so many venues, bars, etc that have felt like second homes to us on the road and at home, suffer immensely because of the pandemic. First to close, last to open, last to get the support. We wanted to highlight some of these places in the ‘Ocular Pat Down’ video and bring some attention to a few killer venues that are still very much hurting or have had to close their doors for good.”

“Ocular Pat Down” is taking from Free Throw’s forthcoming Will Yip-produced fourth album, Piecing It Together, which hits June 25 via Triple Crown Records.

Speaking of the aforementioned Massachusetts venues, the first official comeback show listed by The Sinclair, as of press time, is a July 10 performance by The Sheila Divine, with House of Harm and Eldridge Rodriguez; and efforts are still underway to relocate Great Scott to the former Pizzeria Regina location in Allston.