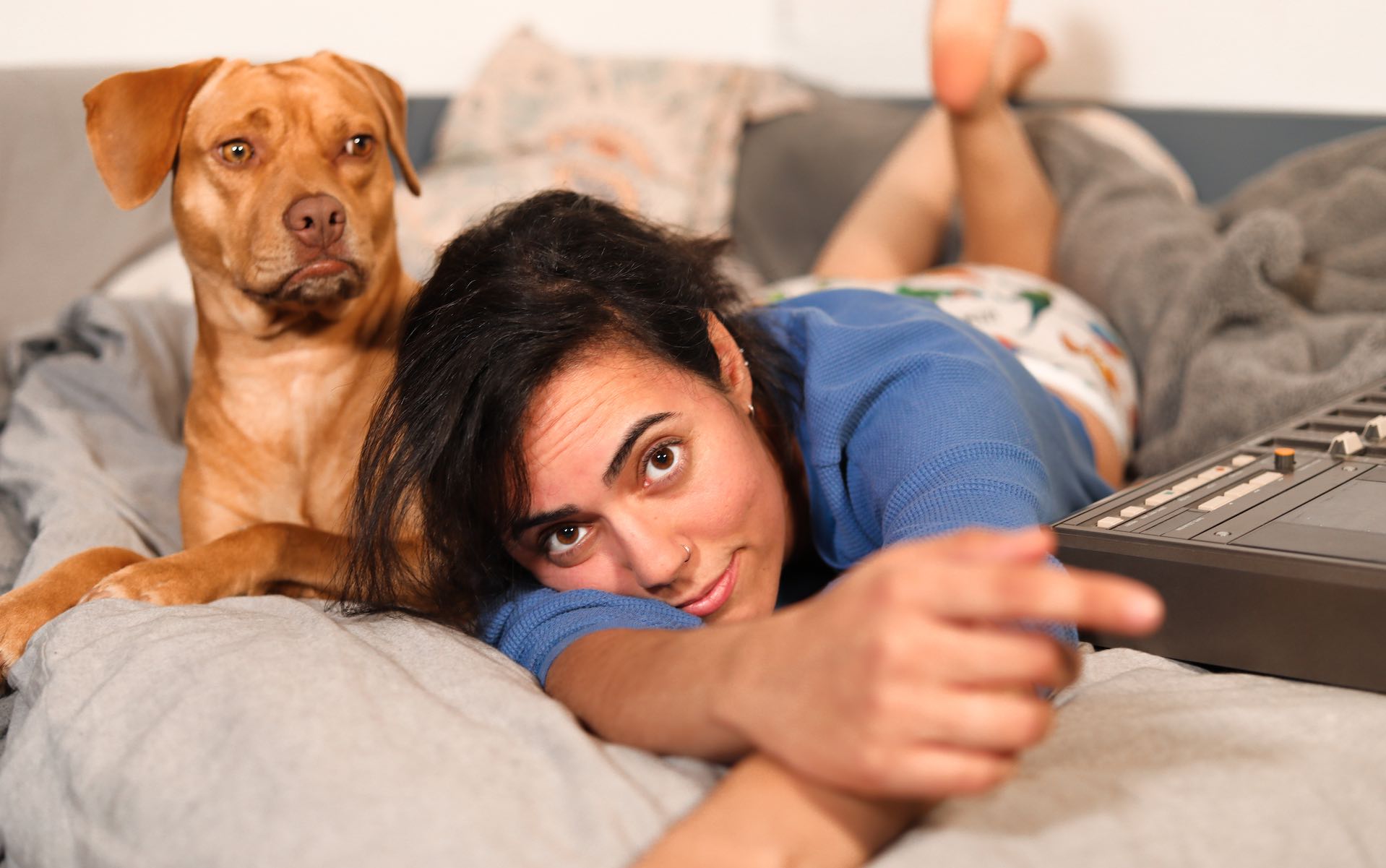 That headline is quite a handful, but in the end it tells no lies. illuminati hotties, the brilliant Los Angeles “tenderpunk” project of Sarah Tudzin, this week announced the creation of a new record label, Snack Shack Tracks, in partnership with Hopeless Records, and celebrated the news with the release of a raucous new indie-pop tune called “MMMOOOAAAAAYAYA” — dubbed “Moo” for short.

“I’m incredibly stoked to be partnering with Hopeless Records on my own imprint, Snack Shack Tracks!” says Tudzin. “With everything that has brought me to where I am, I knew that the next time around I needed to seek support from folks who trusted me — who believed not only in illuminati hotties, but also in myself, and my curative vision as a creator at large. Hopeless is the perfect collaborator for IH and beyond. I am thrilled, grateful, and looking forward to an expansive future for the music that we’re all total nerds about!”

That new album Tudzin speaks of will be the proper sophomore effort from illuminati hotties, the follow-up to 2018’s Kiss Yr Frenemies. After relations with her former label broke down, Tudzin set out to ensure her new record would be exactly how she wanted it, and closed the chapter of her past label drama with the 2020 mixtape FREE I.H: This Is Not The One You’ve Been Waiting For. Marking this new era is the release of “MMMOOOAAAAAYAYA”, available to stream and watch below.

“Somebody told me my music is too ‘CUTE’ to take seriously,” says Tudzin. “So I wrote them a love letter. I hope they’re laughing their patoots off.”

As for the video? Adds Tudzin: “The springboard for the ‘MMMOOOAAAAAYAYA’ video pays tribute to the iconic music video for D’angelo’s ‘Untitled (How Does It Feel)’ while demanding space for the subversion of male sexuality and flipping the dynamic of power throughout its three slimy minutes.”