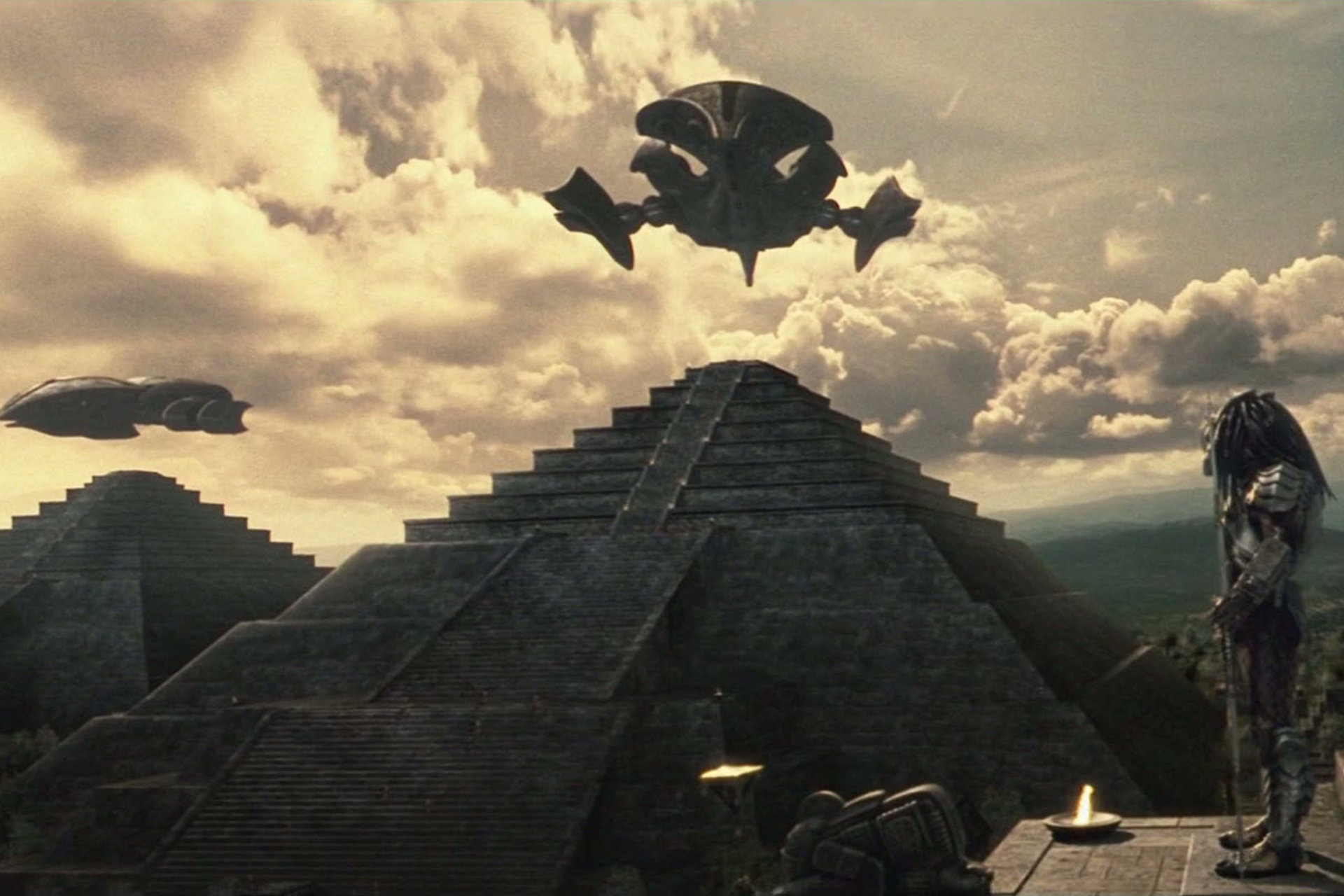 Still from 'Alien Vs Predator' by 20th Century Fox

So, picture this: You’ve just single-handedly saved The Karate Kid franchise from withering on the vine and fading into obscurity by creating a legacyquel that, shockingly, doesn’t suck, and you’ve somehow managed to survive moving from being the crown jewel of an underfunded streaming service to being one of the crown jewels upon the head of the biggest streaming service of the world. You may not be covered in red Gatorade, but this is the modern Hollywood equivalent of winning the goddamn Super Bowl, and, of course, there’s a metaphorical reporter shoving a microphone in your face, wondering what you’re going to do after this triumph. And, instead of saying, “I’m going to Disney World!” like all the other TV folks who have reached the mountaintop so that they can helm some anonymous franchise feature and make that dough, you whisper into the mic — “I’m gonna go watch some Ancient Aliens.”

That, in essence, is what Cobra Kai showrunner Josh Heald did earlier on Wednesday when he announced to Deadline that he would be helming a narrative feature based on The History Channel‘s incredibly goofy and wonderfully dumb conspiracy TV show, which is so infamous in stoner circles that Viceland created a show that revolved around Action Bronson watching it with his pals. There are episodes about whether or not aliens influenced the American Civil War, about whether or not Rasputin and Aleister Crowley were in league with extraterrestrials, and about whether or not the Bermuda triangle is, in fact, actually a black hole. Needless to say, this news rules.

Here’s what Deadline has to say about the film’s plot (not very much, in case you were wondering, nor do they mention whether or not Giorgio A. Tsoukalos will be playing himself in one of the lead roles or simply cameoing):

“Details of the project are being kept under wraps, but the story will be a two-handed, globe-spanning adventure featuring ancient sites and artifacts, confronting the theories and questions raised by the popular docuseries.”

It’s nice to see that someone is finally devoting the time to answering the three essential questions one has while watching Ancient Aliens: “Why did I stay up so late,” “How much nug did I really go through tonight,” and “Why the hell am I watching this?” And we’re equally assured that absolutely none of them will be answered, but we’ll keep watching anyway, despite ourselves.

Here’s what Heald told Deadline about taking the gig:

“Helming my first feature with this same dream team who believed in me very early in my career is incredibly special. My partners and I are fired up to produce this epic story with Mary, Cale, and Luke. It’s a homecoming for me personally — and another bold step for Counterbalance Entertainment.”

So, yeah. They’re really making an Ancient Aliens movie, and who knows? Maybe someone will buy the rights to Chariots of the Gods? (don’t forget, the question mark is essential in that title) and we’ll get an Armageddon/Deep Impact-style conflict between these goofy-ass movies. Either way, we’ll keep you posted on what further news develops, especially as this gears up for production, because we actually can’t believe that this is happening either. Man, what a world.