The Last Show: Hallelujah The Hills at Club 603 in Baltimore 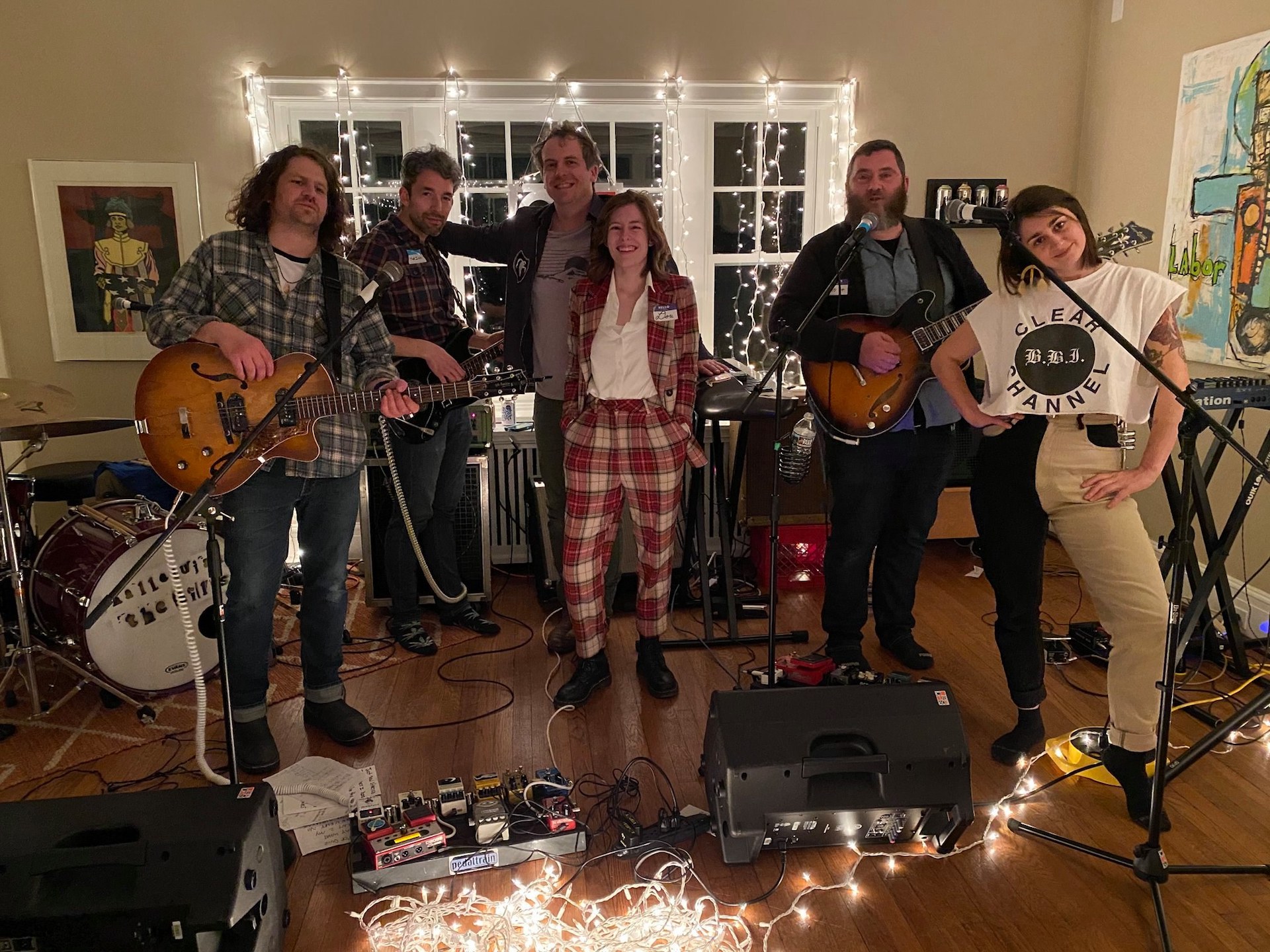 Ryan Walsh: Our final show was 3/14/20 in Baltimore, Maryland [pictured above]. It’s a house venue called Club 603, and our prior show there in 2016, as well as my book event in 2018, were beautiful, ideal experiences. Limited to 50 tickets. The wonderful, gracious, music-loving host who owned the house — Scott Vieth — put you up, fed you, and made you feel so welcome you’d be likely to mistake it for a second home.

We were doing these shows with Boston Cream — an incredible band and I’m not just saying that because three members of Hills are also in that lineup. I remember Mel learning the words to Norma Tanega’s “You’re Dead” all day as a last minute cover song addition to their set.

We had just begun the first leg of our tour to support our new album, I’m You. While there was plenty of hesitation among the band when we left Boston, we figured we should at least start the tour and come home if things were looking worse. If you’ll recall, a unified federal message about the seriousness and the proper actions to take at that moment where pretty much non-existent. Each day was like waking up to a new reality. Despite the first three dates being close to sold out, when we took the stage in Philadelphia, there was probably 1/3 of the room actually in attendance. I remember driving to D.C. and hearing that they were closing Mt. Everest. They were closing a mountain in the Himalayas. That did wonders to escalate my understanding of the gravity of the situation. Our sold out D.C. show had less than 20 people in attendance. That very surreal experience, where we individually talked to each member of the crowd and openly conjectured about what was going on from the stage, was documented in full and we released it on Bandcamp as a tribute to how weird it was.

I couldn’t tell you that I thought or knew that this was going to be our last show for at least a full year, but I was definitely feeling like we had all walked into some kind of strange liminal space which my only personal comparison to cite was how everyone behaved after 9/11. You can hear that spiel in this audience recording of our performance of “Folk Music is Insane” that night. Evidence that perhaps people subconsciously knew this was the last night of anything for awhile was evident in the fact that the after-show hang lasted quite awhile into the night, with some members of both bands even turning the instruments back on and playing late into the night.

We had worked so hard to make I’m You our best album yet in spite of some continuing, unusual road bumps and difficulties, so each show felt like a triumph to me. And even though I had imagined many more shows to support the record — including our first ever European tour — I am now left feeling lucky we got to play any shows at all. Or even made that record. Or are still a band 15 years after we started it. I can’t wait to get back together in a room to rehearse, and same for playing a live show again. I’m pretty sure at each of those checkpoints I’m gonna get a little teary, but that’s how it goes sometimes when you’re genuinely grateful and get to keep on going.

We just released an experimental new EP called Songs for NPR Segues that is ideal for folks who like our weirder offerings. And then, in tandem with that, I put out my first ever solo EP called Public Domain. It’s four songs that I recently recorded at home.