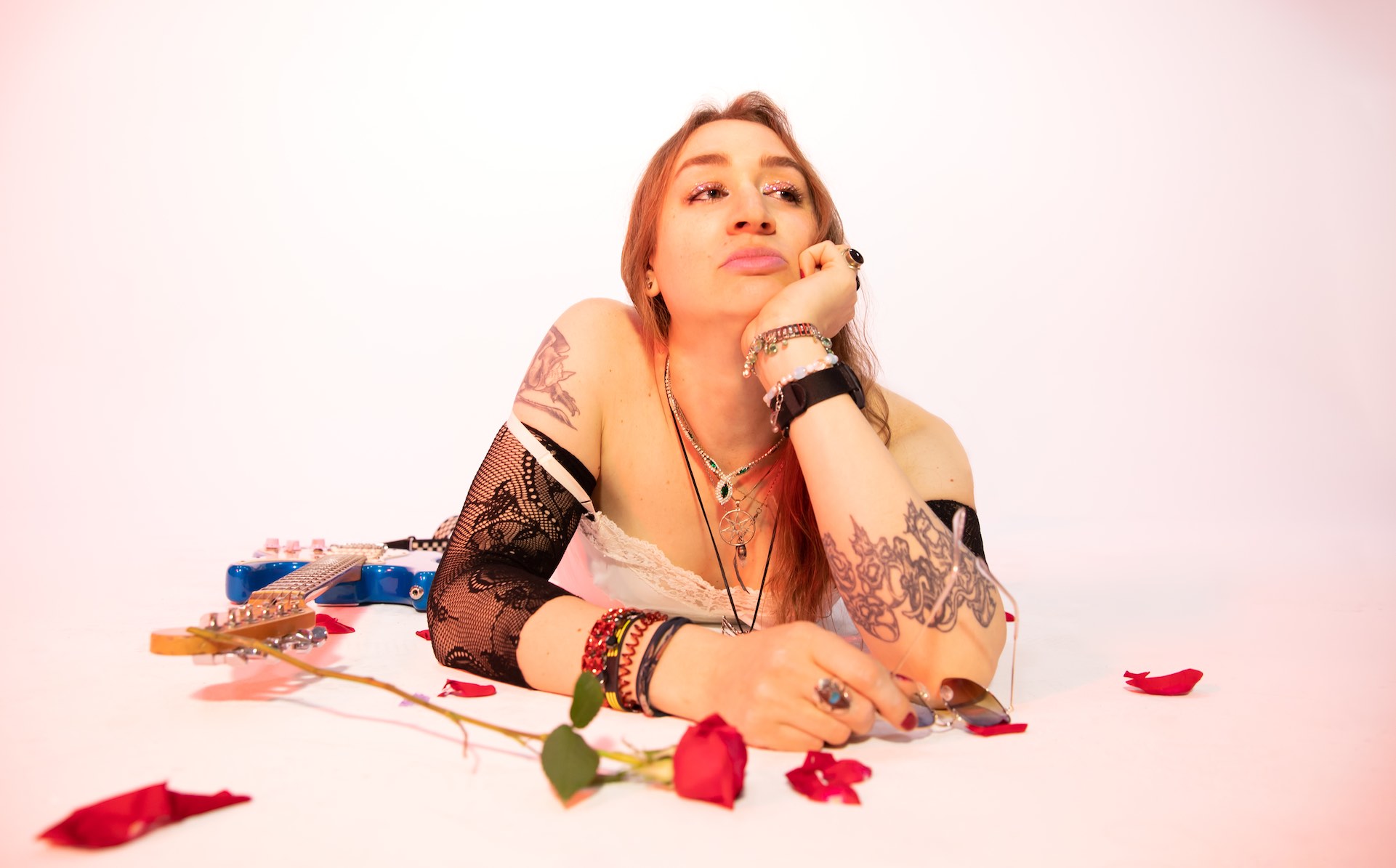 There’s a part somewhere in the middle — or maybe it’s the beginning, or possibly the end — of Adi Sun’s confessional new single “My Fault” where the listener prepares a response of forgiveness. But after a few fleeting moments, that offer back to the Boston artist never materializes. As the the track unfolds over its five minutes, dancing along gray skies of alt-rock, prog, and space-pop, it becomes clear that forgiveness is not what Sun is after. The exoneration is all on her, the reflecting and confessing is the absolution she needs for her own self. It’s affirming, and another opportunity for the trans singer-songwriter to pull back the veil on the life hopefully lived just beyond the reaches of the emotional thunderstorms that exist all around us.

“This song literally poured out of me with blood, sweat, tears and all kinds of things you don’t wanna hear about,” Sun says. “When I wrote it I was very sick, both physically and emotionally. On the one hand I was suffering in silence while a person I had fallen in love with was slipping away before my eyes. On the other hand my fever was through the roof, my head was pounding, my face was a mess with shingles blisters and I was in some of the worst physical pain I’d ever felt. Ironically, this was the same love I had foolishly rejected many years earlier, and so the lyrics sort of bridge the two experiences together. I felt a lot of regret for the choices I’d made back then. The song may seem pretty straightforward, but there are a few hidden allusions that only my muse and I can descry. I think in the end I’d like to keep it that way.”

Sun, who first graced our pages as vocalist and guitarist of alt-rock band Phenomenal Sun, has been chronicling her journey though music across two mindsets: Reconciling with the past, and blazing a new way forward. It’s a bit of the devil on one shoulder, angel on the other waltz Sun now does through life, an important mindset of not forgetting one’s past, but also not letting it define the next move forward. “My Fault” follows last summer’s “Bella Sun Lever”, and continues to elevate the voice of Adi Sun.

“Love songs are the soundtrack of my life,” she adds. “I think the ones that resonate the deepest almost seem to vibrate this particular chord within us, and put us face to face with our own emotional wounding.We get a sense that we’re understood and it helps us to feel our way through and release. When I find a song that hits me that way, I have to listen to it over and over again. At first I was worried about sharing music that seemed to glamorize the pitfalls of romantic love, but when I think about the songs that have gotten me through the toughest times in my life, I begin to see it differently.”

As “My Fault” nears completion, the sounds of a baby crying and thunder-claps confirm the duality at play. And it came about organically; as Sun was demo-ing the track, a storm hit Massachusetts, so she held the vocal vocal mic out of the window. It also captured the synchronistic sound of a neighbor’s baby, pushed down below in a stroller by its mother, crying as they made their way past. The ideas of these two things, thunder from above, a baby’s cry from below, existing in unison fit Sun’s mindset around the recording that they ended up on the final product, fading in ad the guitar’s riffs fade out.

“Love is the most powerful force in the universe and I think we spend lifetimes learning how to wield it,” Sun says. “I’ve made a lot of mistakes in relationships. I’ve been on both sides of heartbreak time and time again, and I really do believe that eventually these experiences lead us to become stronger and more resilient versions of ourselves, with new insights; more understanding; and more wisdom. Whether it’s the death of a loved one or the loss of a friendship or partnership, it’s all a part of the same universal lesson plan. I’ve come to respect the duality of life… the ebb and the flow. There can be no joy without sorrow, no pleasure without pain. I’m ok with that.”

In the end, there’s nothing worth apologizing for. Listen to “My Fault” below.