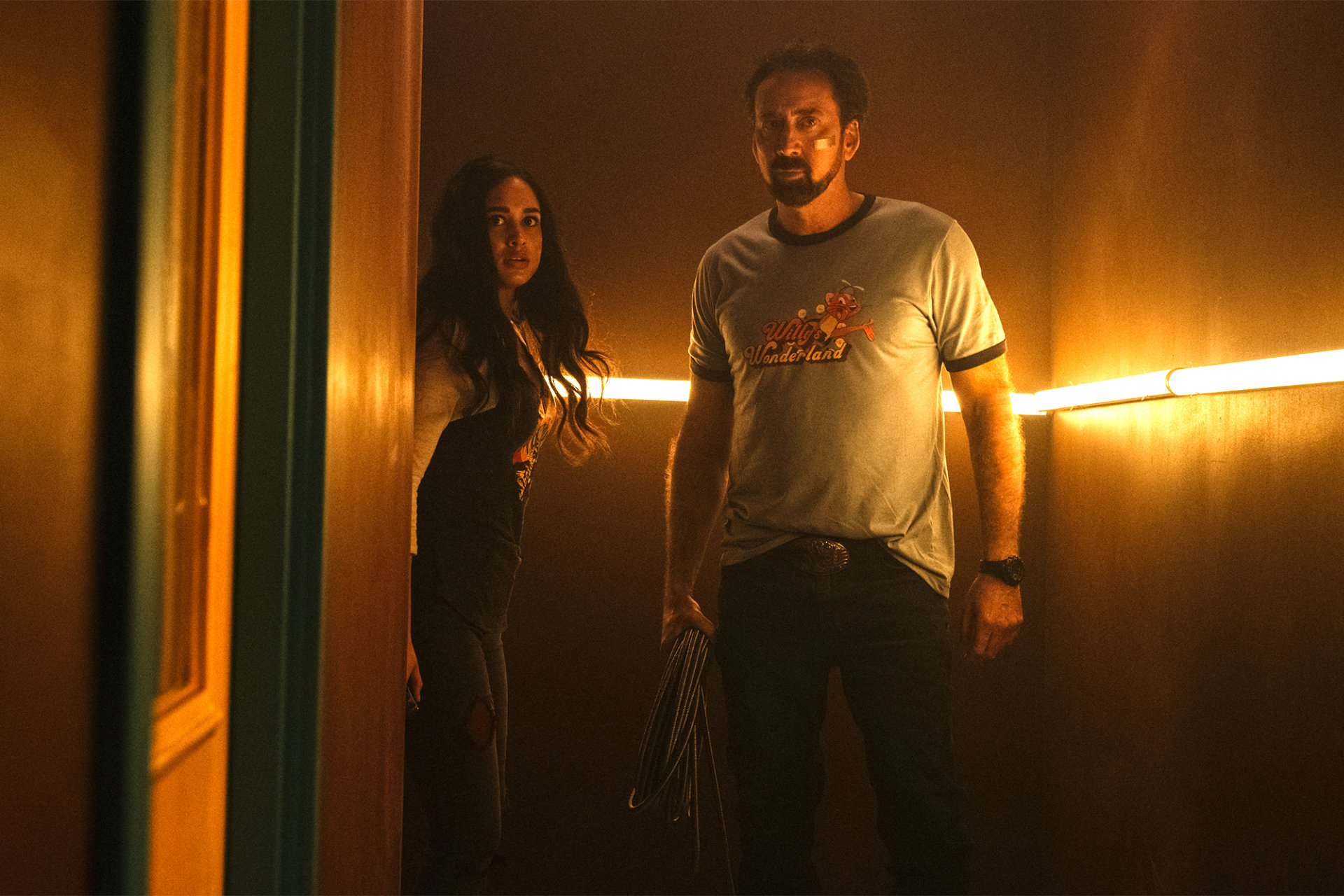 As a viewer, knock-off cinema is an interesting, if fraught, a minefield for one to play in, and this is a lesson that a lot of folks learned well in the last 30 years when lots of straight-to-video distributors dropped titles that were just a few letters off of a famous property directly on to the shelves of your local Blockbuster or Family Video (RIP). It’s a tradition that’s carried over well into the Video-on-Demand era, where a single C-list name coupled with a recognizable premise can cause one to press “buy” on whatever digital storefront they grab their movies from, and assisted by Bud, bud, and buds, one could theoretically have a great time with some straight-up schlock from The Asylum or whoever. Enter Kevin Lewis’ Willy’s Wonderland, a knock-off of the popular Five Nights at Freddie’s video game series from, no shit, the Chicken Soup for the Soul people, that, once upon a time, before COVID hit, had theatrical ambitions of its own.

One had reason to hope that, even if Willy’s Wonderland turned out to be utter dog shit, it would at least be memorable dogshit, and the casting of the lead seemed to hint that it might. I know for certain the only reason I’m writing about this movie is that it stars Nicolas Cage, whose work, even in the worst movies, is well worth a watch, and I’m here to tell you that, outside of those folks who absolutely feel like they have to watch every single performance in an actor’s filmography (you exist out there!), you most likely won’t enjoy Willy’s Wonderland, in an intentional, unintentional, or chemically-assisted fashion. It’s a slow-paced and exhausting movie that feels like an hour longer than its 88-minute runtime would suggest and isn’t even really worth a curiosity watch, as much as I’d love to say that the Nic-Cage-Versus-Country-Bears movie blew my mind or whatever.

Cage plays “The Janitor,” a rogue-ish dude in a modern Mustang who blows a tire going into a small town thanks to a surreptitious spike-strip dropped in the middle of the two-lane road in and out of it. A suspiciously well-timed mechanic shows up and says he’ll fix his car for a grand, cash only, but offers him a chance to both work off his debt and a place to stay overnight if he’ll clean up Willy’s Wonderland — a Chuck E. Cheese-like amusement center, with, yes, robotic woodland automatons as the center-stage attraction — which, for some reason, hasn’t been burned to the ground just yet for the insurance money even though it’s in an outright ruinous state. He’s locked inside, and, of course, the robots come to life in order to ensure that he doesn’t survive the night. Meanwhile, a group of teens tries to set fire to the place, knowing how it kills kids and people unlucky enough to be trapped in there, and, of course, they make up most of the film’s meat-based body count when they head inside to warn the stern-and-silent man on one of his pinball-and-soda breaks. And, of course, Satan is involved.

Let’s be real: As evidenced by practically everything I’ve written on this site, I’m willing to put up with a hell of a lot from Cage, who is a fantastic and, chiefly, interesting actor, who eschewed prestige for eternal cinematic glory (regardless of the reasons why). But there’s none of his typical spark here. It’s fascinating and weird that Cage seems miscast in a role that seems better suited for a thick-necked dude from the WWE — a strong silent type unencumbered by any character work beyond the brute physicality required of him — especially since he’s a producer on Willy’s Wonderland. The usually-interesting maestro of mayhem feels like he’s sleepwalking through the scenes, unassisted by any sort of dialogue or characterization, strangely adrift, waltzing through violent encounters with the possessed animatronic animals like he’s half-heartedly doing the foxtrot in a P.E. class. You should be shouting at your screen when Cage positions a Magilla Gorilla lookalike just so on a urinal and stomps the motherfucker’s lower jaw from its skull, but it’s just so dully staged, emptily acted, and straight-up ugly that you’ll have trouble even reaching for the coffee that’s keeping you awake through it.

I think that’s the most aggressively frustrating thing about Willy’s Wonderland: there’s very clearly a universe in which this film would have worked like a motherfucker, had it just been able to go a little further or allowed Cage to unleash his inner lunatic or had it been, God forbid, an actual adaptation of Five Nights at Freddy’s (one key point of difference between those series is that you’re pretty powerless during those games, unable to whip the band’s asses when they come for you, which makes it significantly scarier). And it’s doubly-frustrating, because, at the very least, they got a certain amount of the aesthetics right — the robots are creepy enough, and the place’s decor, down to a company-branded pinball machine that Cage plays, feels at home with the era they’re trying to evoke. But, much like a warmed-over slice of pizza taken from another table after the kids were done with theirs and presented to you as if it were brand new (a stupid and very funny allegation tossed at the actual Charles E. Cheese years ago), Willy’s Wonderland will leave you feeling unsatisfied and frustrated, though, unlike the pizza, it at least won’t give you the norovirus in the process.