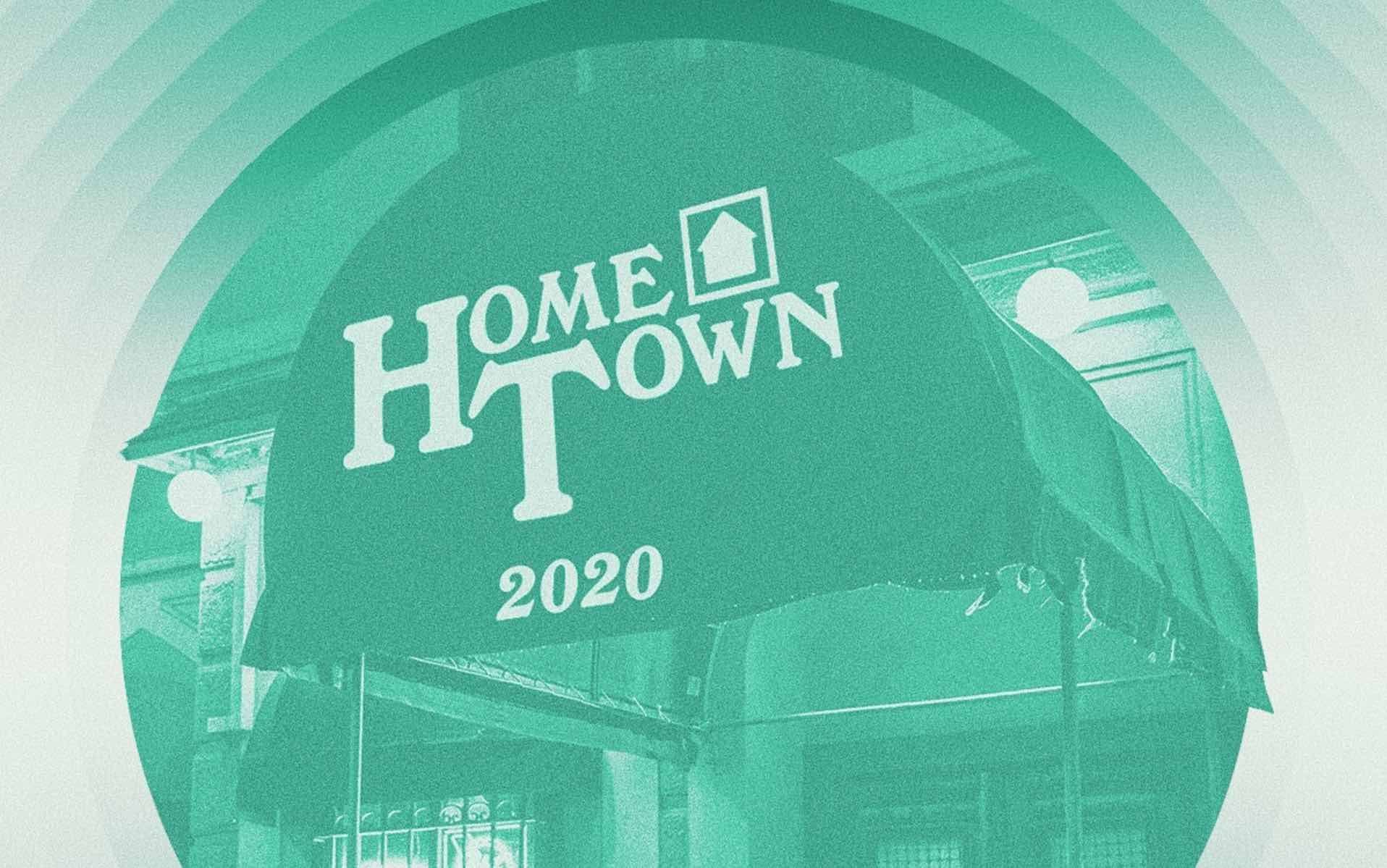 A few weeks ago Nick Minieri took to Twitter and openly asked if it was worth it, given the pandemic and just the overall terrible year we’ve all endured, to pull together his annual year-end showcase of Boston’s electronic music community. A few were quick to reply and point out that we needed his 2020 recap mix more than ever. While a great many things were paused by the ongoing pandemic — and nearly all nightlife halted entirely — the arts community kept churning out quality efforts in spite of the elements, and what transpired was a year truly marked by artistic creativity and perseverance.

And that effort is well on display in Minieri’s new “Hometown 2020 (Boston Artist Showcase Mix)”, a 43-track 102-minute collection that spans the spectrum of Boston’s music community, from electronic-pop (Saucy Lady, André Obin, Freezepop, Camino 84) to hip-hop (Latrell James, Billy Dean Thomas, OG Swaggerdick, Luke Bar$) and all the DJs and producers in between and on the other side.

Minieri, who has chronicled the city’s dance music scene dating back to his 2000s blogging days at Beantown Boogiedown and over the past decade with Zakim Recordings, published his 2020 mix today (December 15), and Vanyaland hit him up to ask him all about it. His responses were so detailed, and so deserved to be read, that we are running his thoughts as a Q&A after the “Hometown 2020 (Boston Artist Showcase Mix)” jump. Hit play and bring the nightclub to wherever you are this holiday season.

Michael Marotta: It’s been quite a year for not just electronic music, but music in general. How’d you select the artists for this mix?

Nick Minieri: Every year I have two categories: Personal favorites who show up year after year, and first-time appearances who have never included. I strive to have half the tracks come from the latter group so the result isn’t predictable. Bandcamp played a HUGE role in gathering the tracks from people I didn’t know this year. Being able to search music geographically by city, coupled with the monthly Friday events where they don’t take their 15 percent cut has really made Bandcamp a strong voice in independent music in 2020.

Over the last two years I started adding more hip-hop into these mixes as I know that scene has been creatively flourishing the past several years and I love listening to those lo-fi “beats to chill or study to” type mixes in general. What’s fun about picking these tracks is I have zero ties with that community so I barely know who’s hot outside the obvious picks like STL GLD and Latrell James. So I just dig around Bandcamp until I find stuff I like, and then it all goes into the pot for consideration. I bought and downloaded over 200 tracks this time around and whittled it down to just north of 40.

I also knew I had to include a few by Kedaar Kumar, a good friend of mine who worked at Berklee and was well involved in our scene, who passed away at the beginning of the year. The mix is dedicated to him.

Was it tough pulling together a nightlife mix in a year with no nightlife?

Not at all. As much as I initially debated doing this mix because I, like many others, just want to forget the year altogether, I knew getting content wasn’t going to be an issue. Generally the best artists make music because it’s their passion; playing out is obviously fun but it’s just the icing on the cake. There’s always different motives but many, including myself, have been using the free time this year to improve our craft and as a coping mechanism to escape from the news cycle for a bit. The intro to this mix ties into that concept. The most interesting and compelling music comes from tough times. I know some artists are struggling right now and have slowed down, and that’s totally fine as well. Going through the peaks and ruts is all part of the creative cycle.

Which DJ/producers around town would you say had a quality year, relatively speaking?

Steve Darko’s been on fire for years and being a core part of the Dirtybird family has given him the leverage to kick off his own show on their Twitch channel. He takes a hybrid approach in his streams where he DJs as well as plays some stuff live with synths and drum machines. Watching him quickly develop as a live entity this year has been entertaining.

Lightfoot is another one of my favorites, he continues to improve and refine his sound year after year. He’s built an organic following just from the short videos he posts of him playing his sequences live. Earlier in the year he bought a teenage engineering pocket operator and the screen on it broke. Instead of getting a new one he just said “fuck it” and continued making tracks on it because he knew it inside and out. Really inspiring watching him do what he does with minimal and broken gear.

Many other people who I’ve known for years are getting some well-deserved shine: Pete Dev/Null running 8205, a massively successful jungle vinyl label and getting a release on Lobster Theremin; Mizeyesis getting booked to play one of the Hospital Records “Hospitality” livestreams over the summer; Warung having music released on Yoshitoshi and supported by Bicep and Pete Tong; Lee Wilson and Kelvin Sylvester with tracks on numerous seminal house labels; American Dave on Jadu Dala… we’ve got a lot to be proud of here, and I’m happy to cheer them on the way I would a Celtics or a Red Sox player.

How is Boston’s electronic music scene holding up through the pandemic?

We’ve definitely seen better days. I think everyone is being cautiously optimistic but also pragmatic. Many of the venues we called our homes have been closing, and that started well before COVID. A few promoters are doing very strict socially-distanced events but most events are now online as expected.

People have banded together in the name of fundraising and activist causes, however, which is great. People in this city have spearheaded numerous efforts to raise money for everything from food shelters to helping pay furloughed employees who worked at many of the bars we frequented. Many in the community were present at the Black Lives Matter protests this summer, including some on the sidelines making PPE and transporting food and water to provide to anyone who needed it.

Many are in a rush to get back to throwing, playing, or attending events again, but when that time comes it’s definitely going to be different. Casual participants will likely not return but that diehards will surely be back in full force. What used to happen in clubs may eventually become house parties and small private gatherings.

The live music scene quickly shifted from venue performance to livestreams; was there a similar shift for DJs around town?

Yep, that shift was almost immediate. There were so many people doing livestreams in the first month of the pandemic that it almost became overkill! I’m all for DJs doing it though, people need a way to express themselves and I fully encourage people to explore their creative pursuits to help take their minds off the ongoing crisis.

The issue DJs face with streaming is copyright protection. Facebook has clamped down on this, with numerous people having their videos blocked or even their accounts getting temporarily suspended. Twitch’s terms and conditions have also become more stringent in recent months. However many have managed to keep their streams going; the ones who fare better tend to do them on a very strict schedule and get creative with the visuals. Learning OBS and other streaming software has become another line item on most of our resumes.