The Rock is cooking up a ‘Scorpion King’ reboot 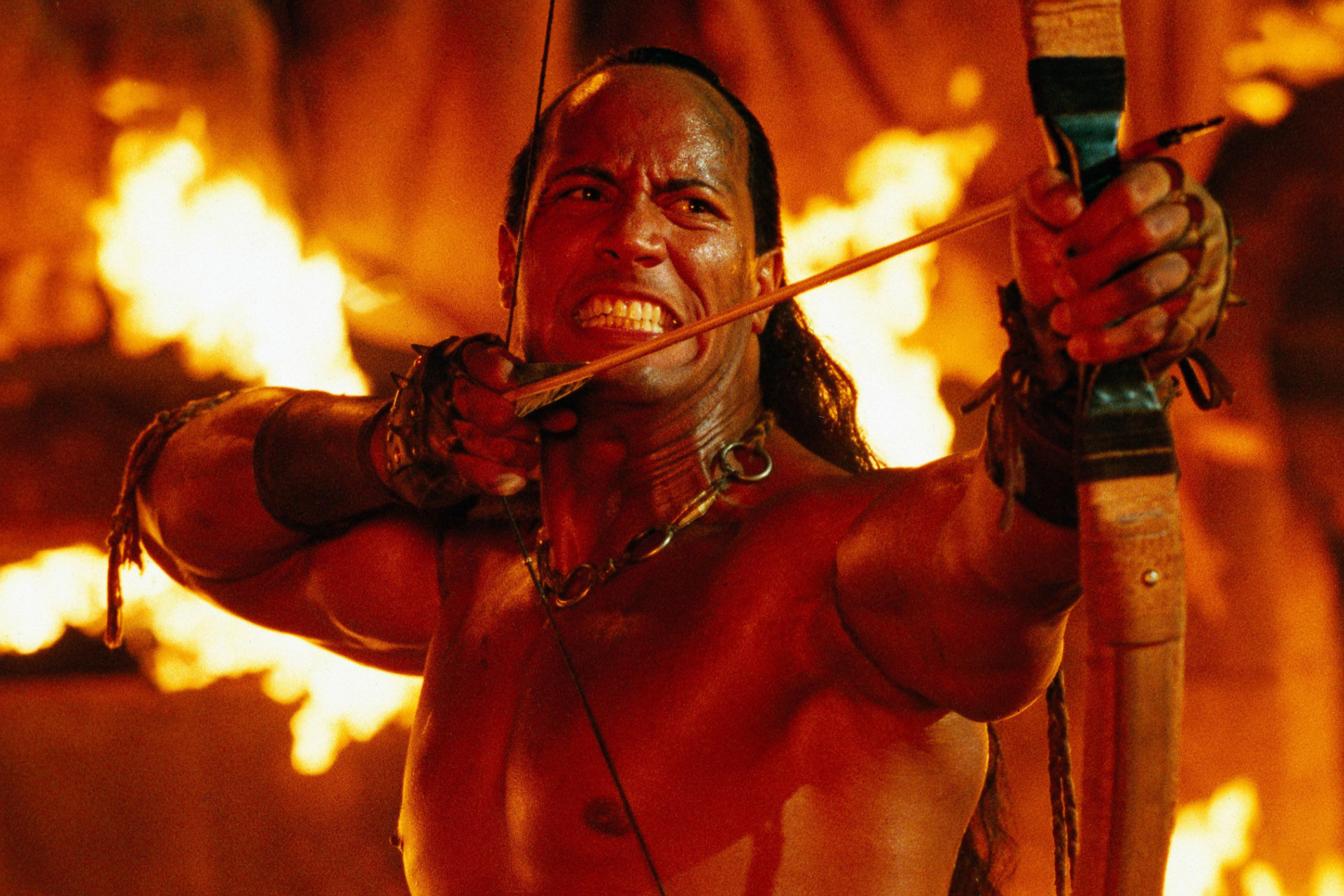 Still from 'The Scorpion King' by Universal Pictures via MoviestillsDB

It must be pretty weird for Zoomers, who have never experienced life on Earth without The Rock being one of the most bankable stars in Hollywood, to go back and look at The Mummy Returns nowadays, back before Rocky figured out how to transition his in-ring charisma and electricity to power the mega-wattage role he plays in show business today. Then again, we are talking about kids who were, for the most part, born after 9/11, so they missed out on the Attitude Era and, of course, Rocky’s first starring role in Chuck Russell’s Mummy spin-off The Scorpion King. But, according to Deadline, they might have a chance to see a brand-new Scorpion King on screen.

That’s right: According to Deadline, Dwayne “The Rock” Johnson and Dany Garcia will be rebooting The Scorpion King for an entirely new audience in the coming years, and Straight Outta Compton writer Jonathan Herman will be penning the script. Interestingly enough, The Rock won’t be starring in the film — the role of Mathayus will be played by another actor — though the former Flex Kavana might show up in some capacity. Most of the other aspects of the plot are under wraps, but Deadline says that the film will be set in the present day, which feels apt if only to distinguish it from the direct-to-video sequels that have hit shelves over the last 20 years. Jesus Christ, has it really been that long?

Here’s what Rocky had to say about the project’s announcement, and feel free to read it as if he were doing an in-ring promo:

“”The Scorpion King’ was my very first role ever on the silver screen and I’m honored and excited to reimagine and deliver this cool mythology to a whole new generation,’ said Johnson. ‘I wouldn’t have had the career I’m lucky enough to have had it not been for ‘The Scorpion King’ and I’m thrilled that we at Seven Bucks Productions can help create those same opportunities for other hardworking actors today. I believe Jonathan Herman will put in the hard work to deliver a fantastic script for our global audience.’”

Obviously, it’ll be a long time before we see any more Scorpion King news, but we expect to hear some wild stuff in the future, including who will take over the reins for Johnson. One has to wonder if The Rock will pass on the role to his real-world cousin Joe Anoa’i, better known as the WWE’s Roman Reigns, given that they’ve worked together in films like Hobbs & Shaw. Or maybe they’ll give it to a truly out-of-left-field choice like Joe Piscopo. Either way, it’ll make a billion dollars.