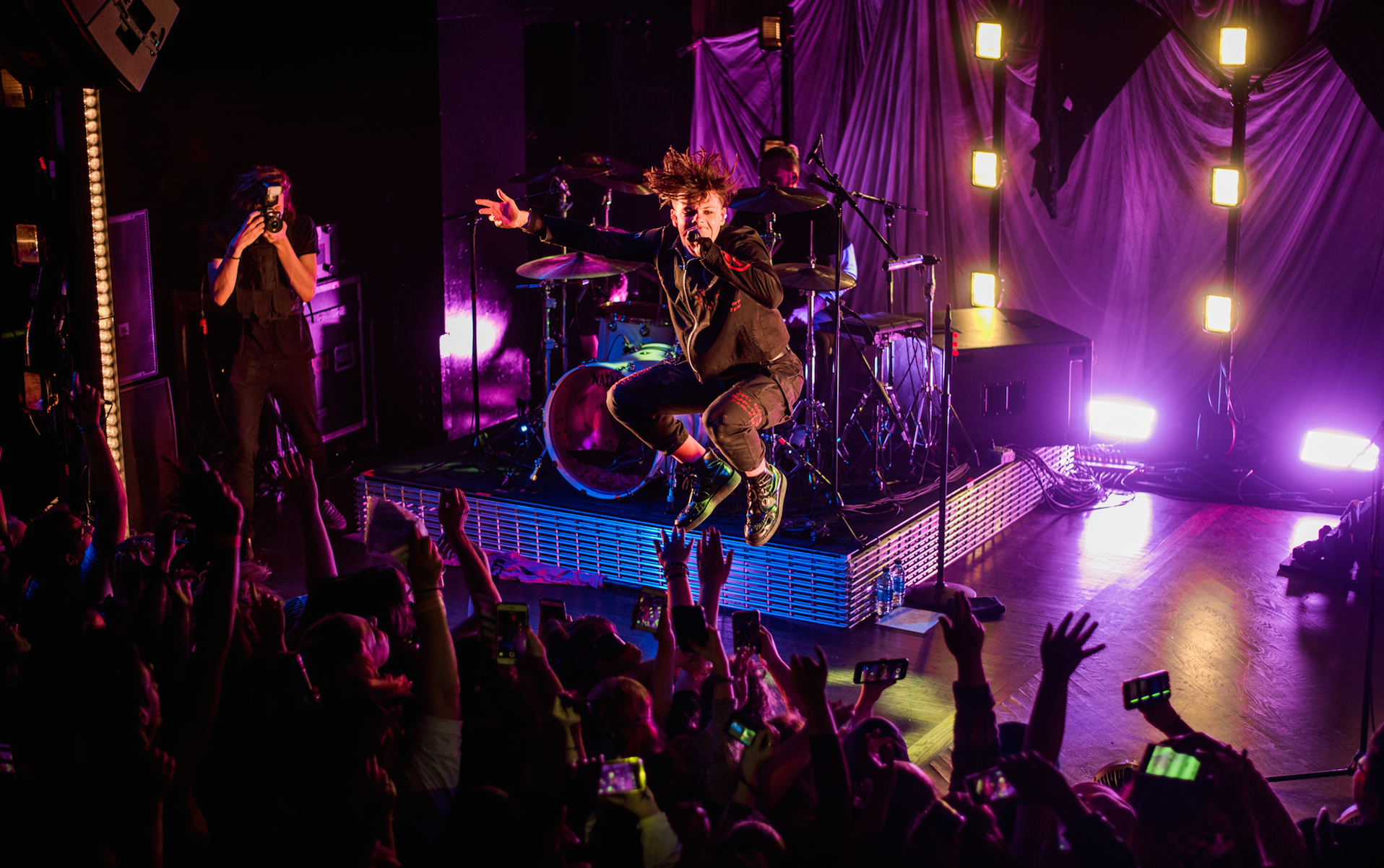 Nearly one year ago, this October 7, YUNGBLUD hit a sold-out Paradise Rock Club, bringing his high-energy rock and roll show to Boston and showing off his new EP, The Underrated Youth. It was a hell of a performance (we even photographed his Phoenix appearance with Saint PHNX a few months earlier), setting up the English singer, rapper, songwriter, and musician as one of the few rising artists deserving of some mainstream hype.

Now as YUNGBLUD readies his new album, November 13’s Weird!, he’s unveiled his “The Weird Time Of Life” digital tour. And included in its 16 dates is a December 1 show set for Boston. Presented by Moment House, a ticketed digital live experiences platform, the Boston show is billed as “a unique localized experience with full-scale production.” Made all the more exciting is that one of the opening acts is Baby Queen, one of our favorite new artists of 2020.

Here’s what YUNGBLUD, born Dominic Harrison, has to say about these livestreamed gigs: “the thing i miss about playin shows is the individuality of every night. the different faces, the different energy, but most of all the different cultures. our community may be from different parts of the world yet we have similar beliefs, it  is incredible. i wanted to do a show for as many cities as i could, playing songs off my new album for the first time. this album helped me so much and i wanted to bring it to the fans with all the energy, all the passion, all the love and all the fucking rage that went into it. just because we can’t touch each other, doesn’t mean we can’t feel each other. ill see you in your city.”

YUNGBLUD has even given us a new info video where he describes what’s at play here, and answers the time-honored question of “what the fuck is a digital tour?” Helpful!

After we all watch that and absorb its glorious 56 seconds, pre-order Weird! here.