Tawanda Gona draws on inspiration with his ‘Tawandraws’ comic strip 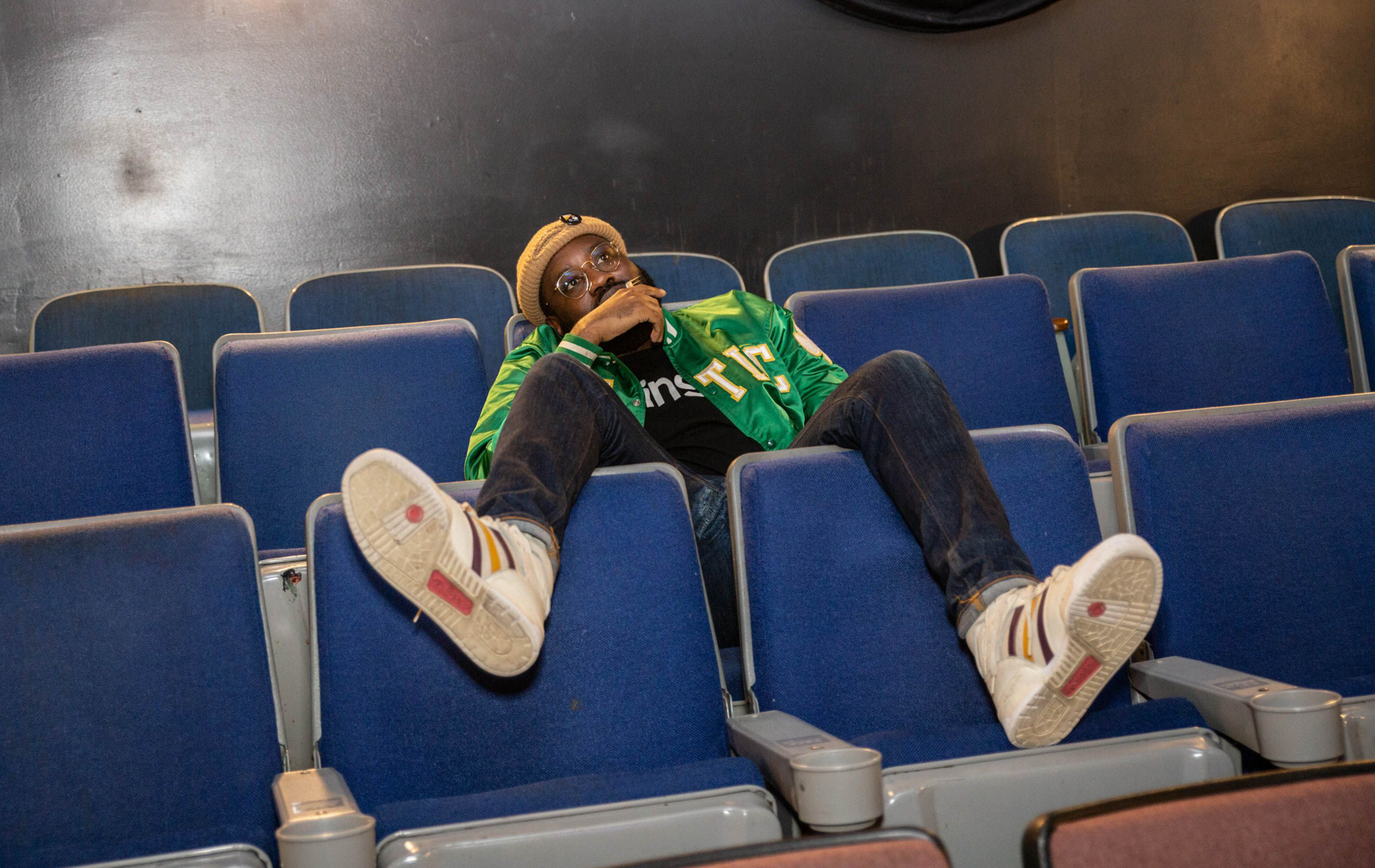 Like most of his fellow comics, Tawanda Gona has spent the last six months away from the stage. Also like many of his contemporaries, the former Hyde Park resident is exploring different creative avenues to display his creativity during COVID-induced shutdowns.

However, not many can say they’re literally drawing their own inspiration.

With his recurring Instagram comic strip, Tawandraws, Gona has rekindled his longtime affinity for comic strips like The Boondocks, with an outlet that presents his comedic outlook in a way that not only allows for an entertaining depiction of Gona’s material, but also a type of creative freedom that allows him to delve deeper into his subconscious, and process thoughts and ideas in a different way.

“I had written this cartoon pilot, but you can’t just write a cartoon without knowing how to draw, so I figured if I learned how to draw, it would help flesh those ideas out a bit,” Gona tells Vanyaland. “So, I started putting together the ideas for a comic strip, then I bought an iPad, and I started drawing stick figures to see where it would go, and it became this.”

Initially, Gona intended to keep the strip’s vibe silly when he started it back in May, but without any live stand-up on the horizon, he also saw it as an opportunity. While he’s maintained that original goal, the Boston-to-Brooklyn transplant has also used the project as a tool for working out new jokes while away from the stage, since Zoom shows weren’t really his thing, and his podcast, Tawanda’s Live Request, doesn’t delve into comedy in the same way.

What he’s found is that, not only has it been easier to work through the flow of new jokes with the strip, but he’s also been able to deliver his thoughts in his own voice, much like what he aims to do when he’s on stage.

“I was drawing myself every single day, and the more I drew myself, the more I thought about how I should just talk like myself,” says Gona. “Sometimes, talking like myself is political, and other times, it’s goofy. Sometimes, I want to be introspective and sad. Now, I have a place where I can express that freely.”

Gona is no stranger to the stand-up stage, but even still, there are some topics that he has a hard time getting into behind the mic. But now with a project he considers to be therapeutic in a way, he’s finally feeling comfortable enough to dig deeper and touch on more serious, and sometimes dark musings.

“With my stand-up material, there were just some topics I was afraid to talk about, because I didn’t know how to do it contextually, and jump into a topic that may be dark or risque, and I would just be awkward with it. With the comic strip, I’m able to talk about those dark topics because it’s easier for me to build a narrative,” says Gona. “For example, I had a strip about STDs, and I remember feeling so afraid to say what was really on my mind, and sometimes I’m afraid that people will look at me like I’m insane if they heard what was really on my mind. But with drawing it out, just from the effort I was putting into that strip, it was very cathartic.”

While the strip has helped Gona with his own mental health over the last few months as he’s continued to share his thoughts, fears and anxieties through the presentation of his ever-evolving self-portrait, he’s hoping that his willingness to be so open can help contextualize his struggles in a way that help the reader in their own struggles.

It’s also his hope that, while he knows it can be difficult to open up to mental health professionals, using the comic strip to shine a light on his own process of going to therapy can help ease not only the stigma of such a task, but stress that it’s important to find something to help you heal.

“It’s hard to find a therapist you like, and even when you do, it’s hard to talk. It’s hard to just say something that you’ve never said before to someone you don’t know,” says Gona. “So, in my own way, I want to show my process, and if I can do this, maybe you can too, and if you can’t, it’s okay, but find a way to heal yourself. Right now, everyone is going through it. It’s not a happy time, and it’s okay to not be happy.”

While he’s quick to acknowledge that he hasn’t reached his full potential in terms of his drawing ability, Gona knows that his current strengths lie heavily within his writing ability. Instead of laughing at the way he draws fingers, Gona is happy that people are instead focusing on the messages he’s delivering as he continues to work toward the goal of illustrating his pilot.

He knows there’s still plenty of work to be done in order to reach that goal, but he’s taking the experience in stride, and while he enjoys the likes and the feedback on Instagram, Gona is finding most of his joy in seeing old friends rekindle their own interest in drawing as a result of his work and artistic evolution.

While he hopes to entertain and provoke thoughts and emotion with his comic strip, Gona is hoping that, above everything else, the biggest takeaway people have after reading is that they too can create — not just to entertain, but to also express themselves in different ways.

“I’m not the best artist in the world, but I did this because I wanted to, and people appreciate that. It’s fun to express yourself, and be the person you are,” he says. “That’s what I want people to take away from this. To just have fun being you, because I’m having fun doing this, and I think that if you just try, you can do it too.”