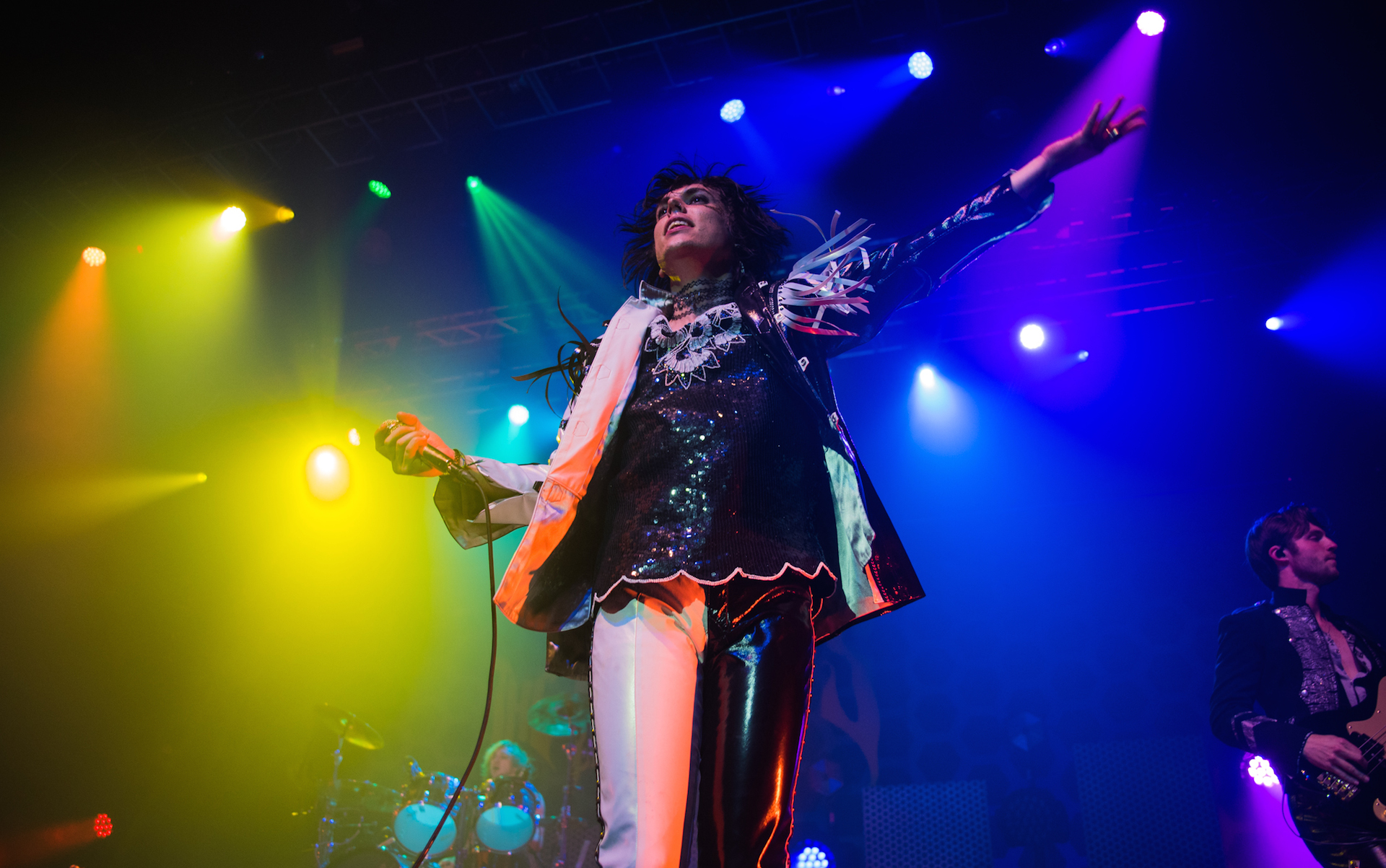 The Struts have a new album coming out next month called Strange Days, due October 16 via Interscope, and the collaborations contained within it have been pleasant surprises. Last week the British glam band hit us with “Another Hit of Showmanship”, featuring Albert Hammond Jr. of The Strokes, and the forthcoming LP also features Tom Morello and Def Leppard’s Joe Elliott and Phil Collen.

Today, The Struts drop the album’s title track, and it stars guest vocals from none other than Robbie Williams. We confess to having absolutely no fucking idea what Williams has been up to lately (sorry!), but he sounds pretty great here on “Strange Days,” which has all the anthemic ambition you’d expect from this type of showman’s pairing.

“I was doing Quarantine Radio and Robbie hit me up out of the blue asking if we could talk,” says Struts frontman extraordinaire Luke Spiller. “We ended up face-timing for about two hours the first time we’d ever spoken, talking about life and music and UFOs and everything else you can think of. I asked if he’d like to work together at some point, and while we were making the album, he graciously let us come over and record him singing on his front porch.”

Williams adds: “We did a vocal for a wonderful song that has been gifted my way. It’s been an absolute pleasure and a privilege to listen to this man sing. It’s great to be a fan of someone and then a part of this recording. It’s like having a hero here and I genuinely mean that.”

Well, right on! Just look at them in the single art below, having a lovely time.