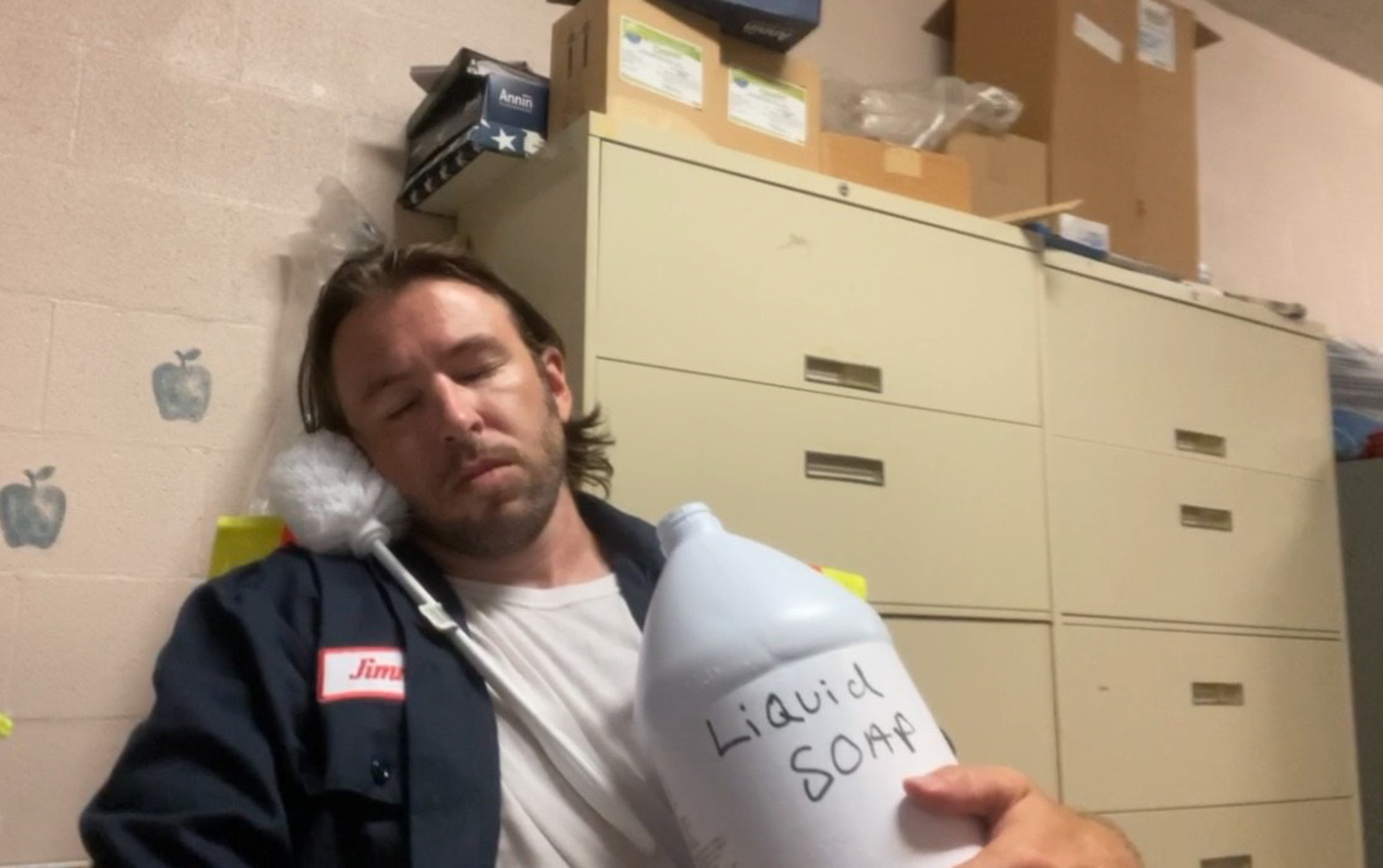 Even if there wasn’t a pandemic that took away any possibility of stage time for five months, Jimmy Cash admits he’s still a little overwhelmed with the task of headlining his own stand-up show.

But that’s not to say he isn’t pumped to perform for the city he loves.

With a sold-out show awaiting him at Worcester Beer Garden and Pavilion on Thursday (August 27), Cash, who has come to be known as the “janitor with stamina,” is looking forward to giving folks a night out, and delivering a fresh dose of material that, to his surprise, has blended quite nicely with the older material that stood the test of time while away he was from the stage.

“I thought all of the old material would be obsolete, and that I’d have to build a whole new act,” Cash tells Vanyaland. “But I found that, blending a little bit of the new with some older stuff over the last few shows has given the old stuff a bit of a new kick. It’s been fun to mix things up like that.”

Currently in his 16th year as a custodian for the Worcester Public School system, Cash has been hard at work to help combat the spread of COVID-19. It’s been an interesting few months for him, to say the least, and as an essential worker, the self-proclaimed “Woo Rat” has been in the thick of preventing the spread. While he won’t deny that he wasn’t immune to some dark times along the way, given the circumstances, Cash is quick to acknowledge that, for him, that’s really where the funniest stuff comes from.

That’s quite evident in the short videos he’s posted over the last few months, where Cash has used his jobsite as the backdrop to a new creative outlet, which has luckily sat well with teachers and parents. Having received such a positive response to the digital content, Cash is grateful for the support that has continued as he’s made his way back to the stage, and the videos certainly helped him stay fresh and prepared for when that time finally came.

“As soon as things shut down, I put out the first video, and I started wishing I had been doing it sooner,” says Cash. “It was just another creative outlet that I hadn’t tapped into, and it’s just me and my phone, so I could do it anywhere. It’s definitely kept the juices flowing.”

However which way you look at it, Cash has dedicated his life to the city of Worcester. In addition to seeing the support he’s gotten from friends, family, parents and teachers result in a fanbase that believes in him as he continues to capture the stand-up dream, Cash is happy to see how what was once a fairly sketchy part of Wormtown has been transformed into a spot where people can enjoy live entertainment, and he’s looking forward to taking the headlining spotlight, and feeling some old feelings again come Thursday.

“I’m looking forward to getting some of my friends and family, and maybe even some of the parents and teachers together for a good time,” he says, “and feeling that feeling of finally being together again after months apart.”