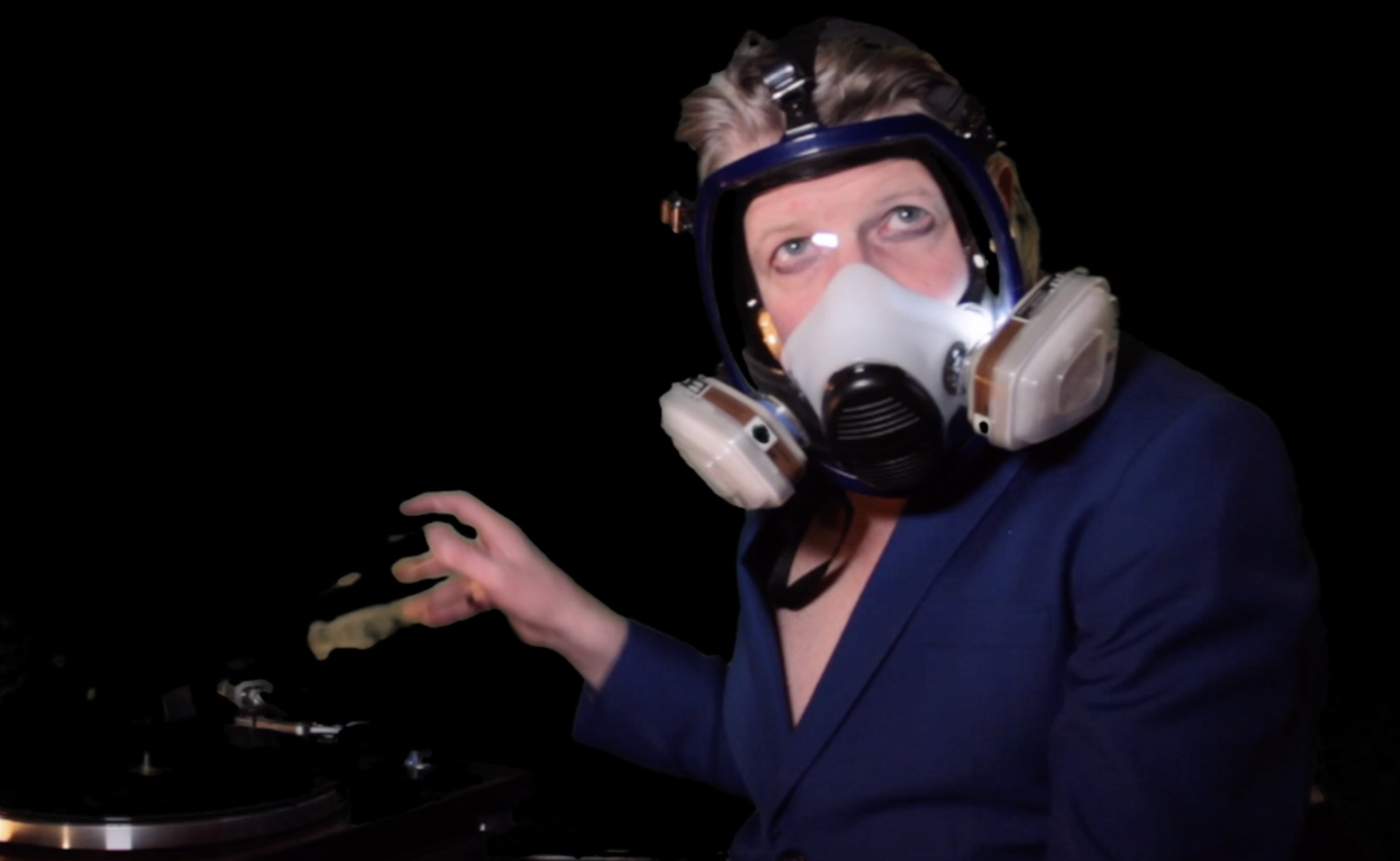 When the going gets tough, Parlour Bells get scrappy.

As the COVID-19 pandemic continues to keep America indoors, the Boston band — like many others — found itself unable to head to the studio to record an EP as anticipated. From Parlour Bells’ bungled plans have sprouted a new series called Survival of the Patient: The Antibody Sessions, the first of which offers a new noir tune named “The Ballad of Felix Moncla.”

Released last Friday (May 8), the song ventures into new genre territory, so to speak: “Distance rock.”

“It’s the ‘Antibody’ Sessions as in nobody was together making these,” frontman Goddamn Glenn explains. “Our first smoke signal from the isolation camp is called ‘The Ballad of Felix Moncla’ — something that felt appropriately lonely and alien.”

Borrowing from a musical creation pattern that Glenn had developed years ago, “The Ballad of Felix Moncla” took shape as it ping-pong’d from each band member’s computer in quarantine.

“Back around 2016 (another stellar year), my guitarist J Johnson and I were already doing this workflow of going back and forth with Logic project files, refining the blueprints for songs that would be on our last release Waylaid in the Melée,” Glenn adds. “So we shared that workflow with Mike Leggio our bass player and Jess Townsend our drummer and we got scrappy.”

As far as full-band “official” quarantine releases go, “The Ballad of Felix Moncla” represents a new, inevitable shift to recorded-in-isolation, released-in-isolation singles, EPs, and albums. If recording studios remain shuttered for the spring – and potentially much of the summer – “distance rock” might have “distance pop” and “distance hip-hop” alongside it sooner than later. It’s not an ideal situation, but it’s a dilemma that Parlour Bells and many others will confront in stride from their home offices, basements, and makeshift studios.

“In the early days of this thing, I was encouraged watching how fast my wife [burlesque dancer Honey Pie] and so many others quickly adapted their crafts and expertise to new formats,” Glenn says. “It’s rare to see a generation mobilize and acclimate like we have now. So I’m trying to stick with this silver lining thing and decided, since the foreseeable future is not so seeable, it was time to work with the things I have: My computer, the gear I have at home, and my bandmates.”

Tune into the new groove of music making below.