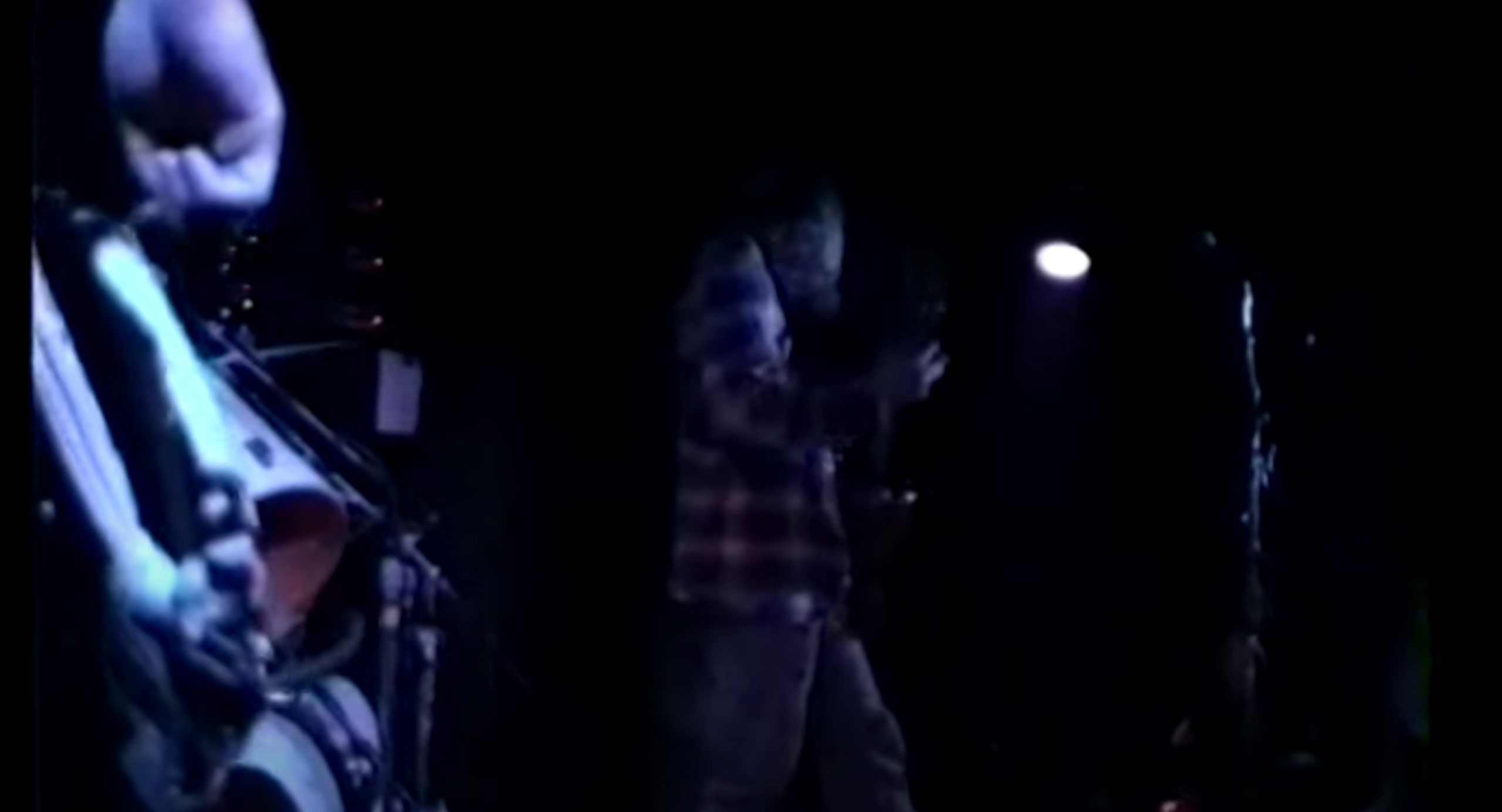 Here’s something to wash that Puddle of Mudd cover out of your mouth: Nirvana played legendary underground Cambridge nightclub ManRay on this day 30 years ago, and new video has surfaced.

Posted by Thang! Video earlier today, the April 18, 1990 show is stuff of local legend, taking place less than a year after debut album Bleach and 18 months before they played the WFNX birthday party at Axis, the night before Nevermind hit.

Word on the street is there were 75 people in the Central Square club, and local punk band The Bags opened. We’ve written a bunch about that Axis show, as well as their June 1989 appearance at Green Street Station in Jamaica Plain, but we’re not sure we’ve seen video of the ManRay show. The fuzzy, very dark clip (Kurt Cobain is rarely visible, oh well) opens with WFNX’s Duane Bruce introducing the band as they get set to rip right into “School”.

Nirvana go on to play for the next hour, a set that went like this:


Here’s what Thang Video has to say about it in the description: “This was recorded at ManRay, Cambridge, 4-18-1990 For Thang! Video Zine. If you enjoyed seeing Kurt, Krist, and Chad rock out in this video and want to give back and support professional jazz musicians in NY and New Orleans who are currently unemployed due to the coronavirus crisis, please consider donating a small amount to: paypal.me/bostonswingcentral.”