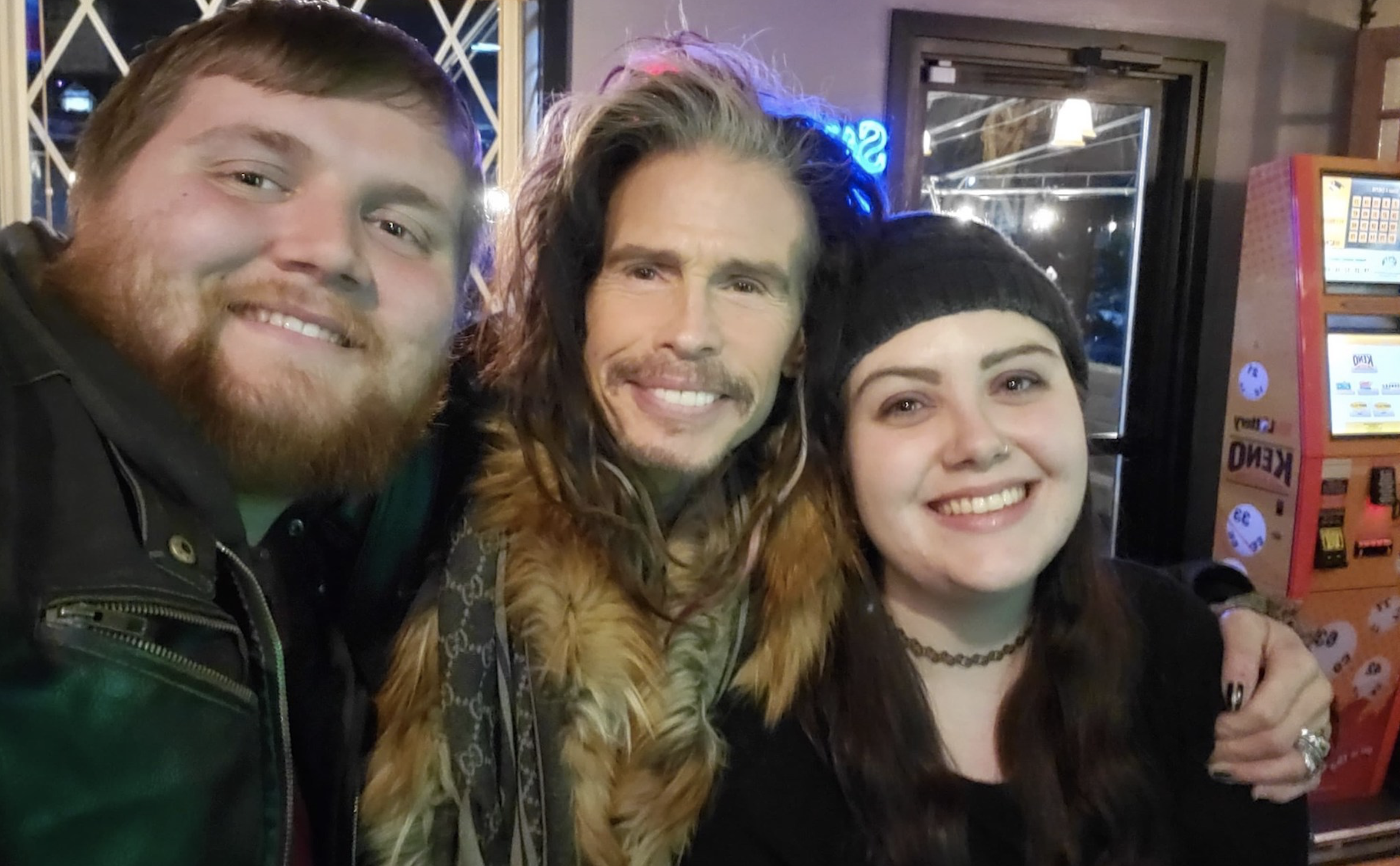 For Londonderry singer Amanda McCarthy, this past Sunday afternoon (March 1) was supposed to go something like this: Pack her guitar, roll up to Salt Hill Pub Shanty, and dish out some tunes for the locals of Newbury, New Hampshire.

Her carefree agenda quickly shifted when she looked up from covering the Ed Sheeran tune “Perfect” and saw Aerosmith frontman Steven Tyler looking on from the bar crowd.

“I looked up and saw him standing there,” McCarthy tells Vanyaland. “He didn’t try to disguise himself — I knew right away it was him. But I definitely 100 percent did a double take. Luckily, I didn’t miss a beat while performing, although I’m sure it was written all over my face. I glanced at my boyfriend and as indiscreetly as possible tried to give him the look of ‘something major is happening.’ My boyfriend looked over just as I finished the song and Steven was clapping for me.”

For McCarthy, “Perfect” was supposed to wrap up her set that afternoon in Newbury, but her intuition told her otherwise.

Embracing the giddy panic of performing in front of Tyler, who hails from the Sunapee region, McCarthy plunged into a cover of “Angel,” an Aerosmith tune from the 1987 record Permanent Vacation.

“It really sunk in that he was there when I had to decide if I was going to play an Aerosmith song or not,” she adds. “In 30 seconds I probably went back and forth on it 10 times, but I knew I’d regret it I didn’t do it. I literally said into the microphone, not wanting to announce his presence but feeling like I had to say something — ‘I don’t know if this is kosher or not, but if I don’t do this I’m going to regret it.’ And then I played ‘Angel.’ I felt true stage fright and nerves for the first time in years, but unlike when I was younger, I was able to power through it.”

Like most cases in rock n’ roll, McCarthy’s risk paid off: Not only did Tyler walk this way approach her after the set, but he left with a copy of her newest record, 2019’s Road Trip.

“Final update: he came to chat with me,” McCarthy shared on Facebook. “Talked about how he used to play clubs to no one. Said he’d listen to the album. Said I have a great voice, twice!! Gave me multiple hugs and kisses on the cheek. Miraculously, I survived.”

As a remarkable coincidence, McCarthy is releasing a new song this Friday called “Steven” (although there’s no musical connection to Tyler this time around).

Stay tuned for her single on Spotify, and check out her cover of “Angel” from Sunday below.