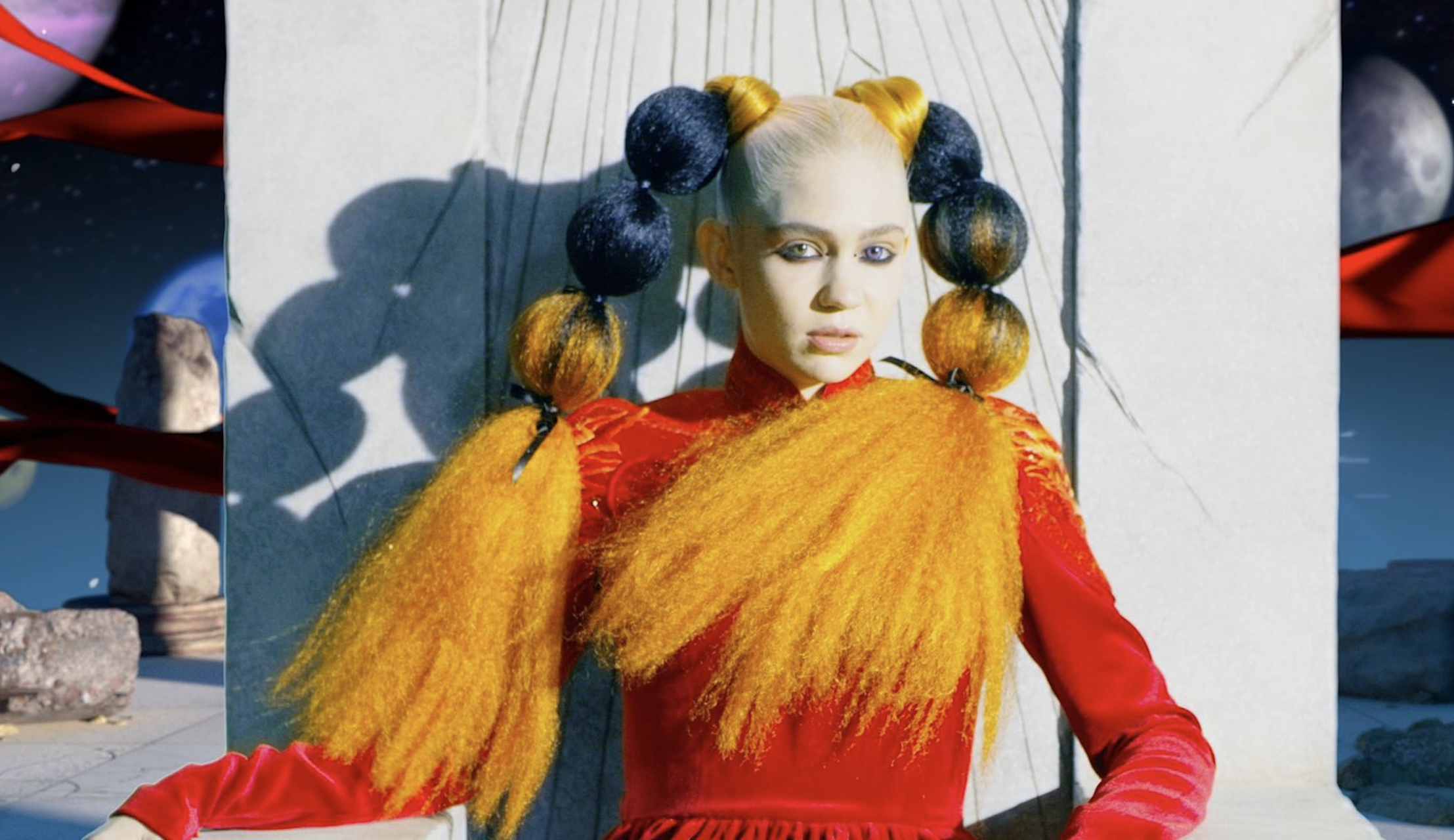 Before Grimes can share her new record with us next Friday, she has a “bummer song” to unveil first. To prepare the universe for the birth of her album Miss Anthropocene, the Canadian singer/producer/instrumentalist released her new song and video “Delete Forever” this afternoon (February 12).

The tune’s inspiration comes from the current opioid crisis, as Grimes shared that she started writing the song upon the passing of Lil Peep in 2017.

“It’s a pretty bummer song,” she told Zane Lowe this afternoon on Apple Beats 1. “I’m so bad at talking about this song. I guess it’s kind of about the opioid epidemic…I’ve had quite a few friends pass away, in particular, one friend when I was 18 passed away from complications related to opioid addiction. Artists keep dying and stuff so I wrote this song on the night Lil Peep died.”

The description for the music video on Youtube adds: “It’s about losing friends to the opioid crisis and the self-hatred that arises when the grieving process mimics the behaviors that cost your friends their lives. . . It depicts a tyrant’s lament as her empire crumbles.”

Tap into her cosmic Queen Amidala vibe below.