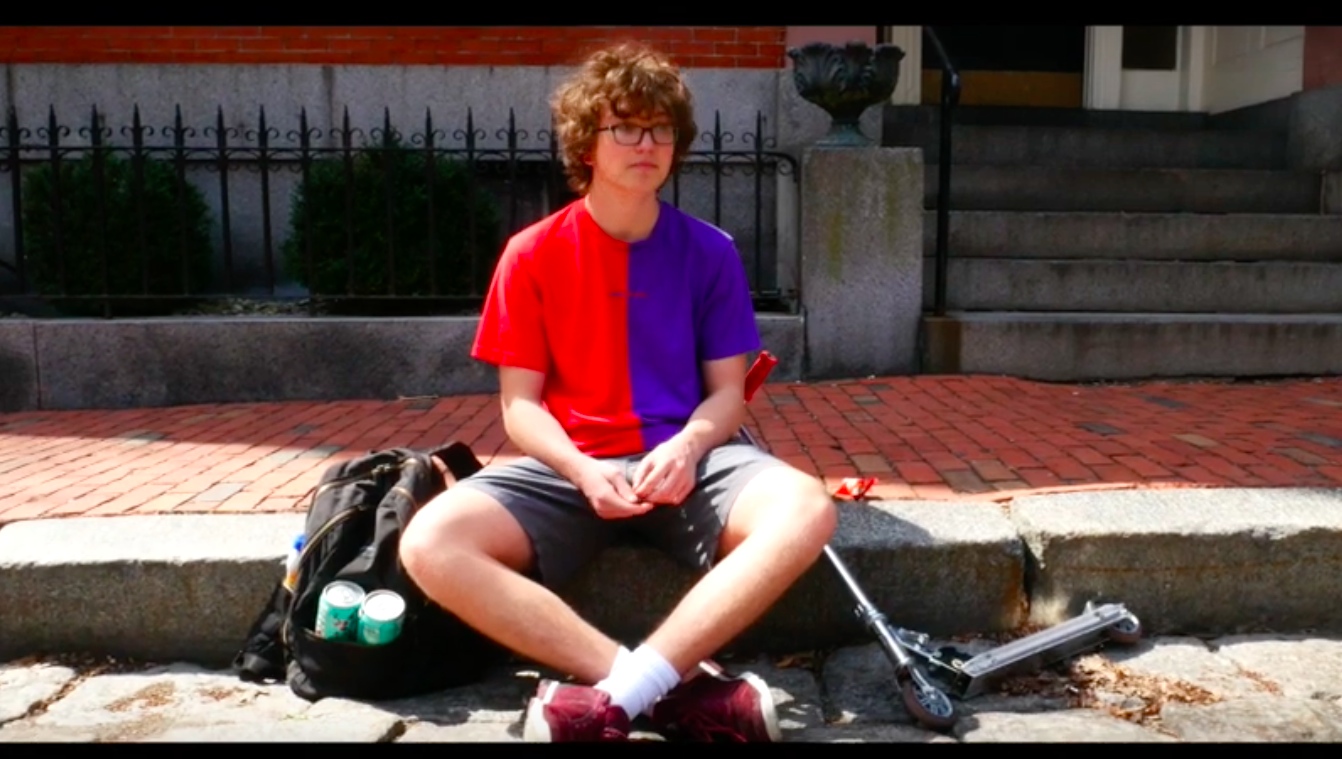 One of the more enjoyable releases to come out of Boston last year was Bull in the Shade, the delectable sophomore album from Beeef. It helped the jangly indie-pop quartet score five nominations in the 2019 Boston Music Awards, and cement the Allston band as one of our city’s more dependable acts, both on record and on stage. We all love it, and the kids do, too.

And when we say kids, we mean kids.

Beeef’s new video for “Little Guys” utilizes some big ideas from the day-job teaching world of guitarist and vocalist Perry Eaton. The clip was directed by Evan Teperman, who was a student in the 12th grade history class Eaton taught at Beaver Country Day School in Chestnut Hill, and it stars Richard Murphy and Grace Gordon, two students who were in his 9th grade English class. “Needless to say, it’s very near and dear to my heart,” Eaton tells Vanyaland.

And it works on multiple levels; Teperman, now studying film at a North Carolina college, creates a fun-filled day out on Boston Common, fueled by Arizona ice-teas, Razor scooters, stuffed backpacks, and those barnstorming trips to the local CVS (in this case, the one in Beacon Hill). Eaton knew Teperman had talent, and saw an opportunity with the band’s willingness to give a young creative mind a shot to direct a music video.

“Evan was in my 12th grade history class last year and was also simultaneously taking a film class for an art elective,” Eaton says. “I had mentioned to the photo/film teacher at one point that we had a new record coming out and if she had any students who wanted to make a video for us, we’d love to collaborate. Just so happened that Evan wanted to take it on. He ended up casting Grace and Richard (who is also a great guitar player)… and the rest is history. I had basically no part in the creative process of the video, I just told him to interpret it any way that he saw fit. They did an awesome job with it and we’re psyched with how it came out.”

Score one for the “Little Guys” below.