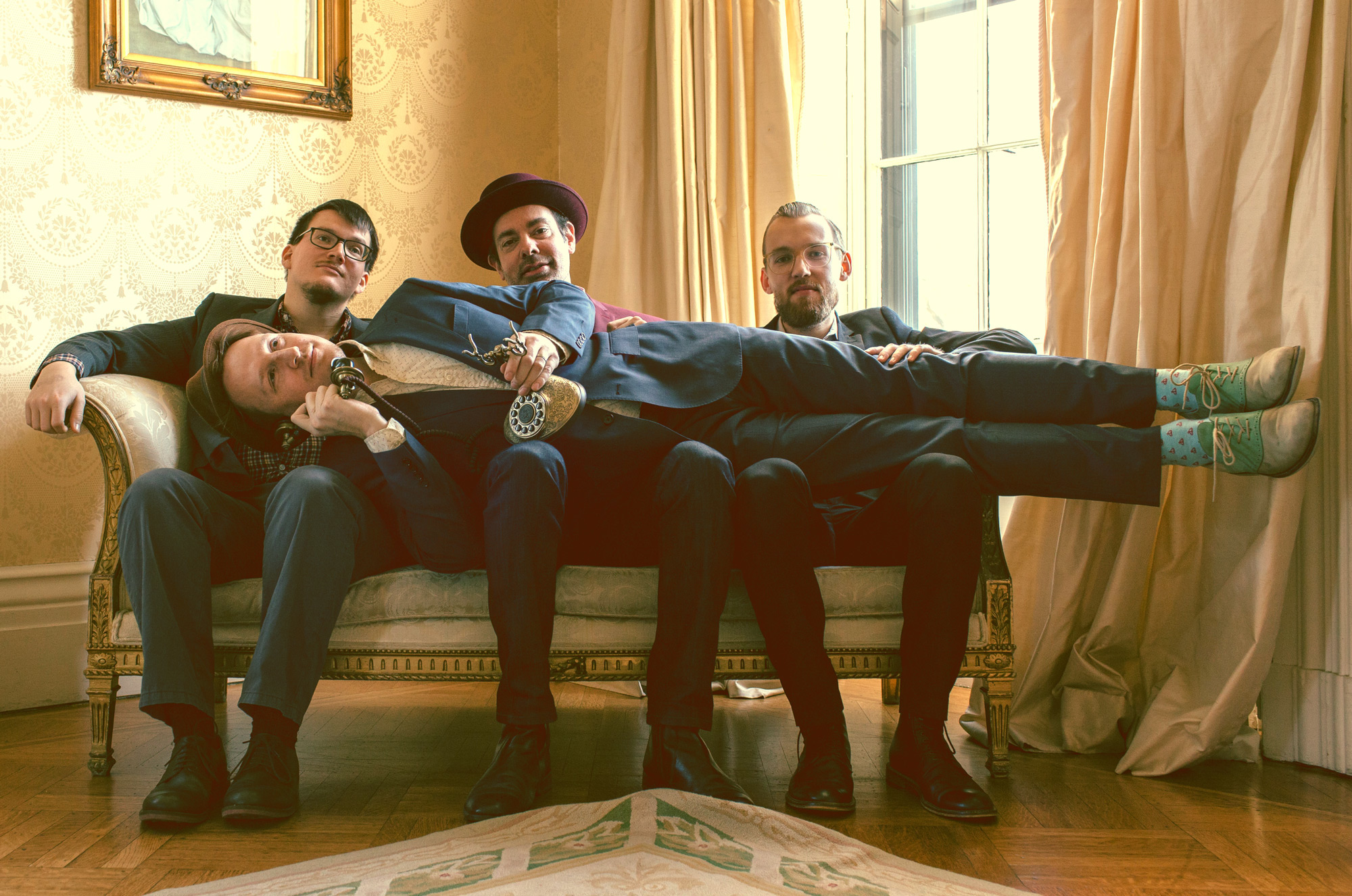 What Studio 52 Says: Boston-based indie project Sinnet have a bevy of releases under their belt, but newest EP Tennis Elbow Club hits all the right chords and keys for us here at Studio 52. The group, led by songsmith Aaron Spransy, has encompassed numerous accomplished Boston-based musicians since 2010. Spransy’s anchor on the collective has kept the group’s continuity in peak form and opens a singularity that continues to pull in gifted musicians.

This week’s Tennis Elbow Club is decidedly the most polished Sinnet effort so far, thanks to guitarist Thom Valicenti, bassist Kevin Junker, and drummer John Drislane joining Spransy on the EP. Each of the four tracks has its own unique essence and personality — from the drum-machine ’60s-pop laden opening track “Lil’ Flicker” to the modern indie rock closer “World’s Fair,” Tennis Elbow Club is a certified crowd pleaser. Spransy has taken his songwriting expertise to a new level, and the talent he surrounds himself with only furthers the group’s stability in the Boston music scene.

Tennis Elbow Club released this past Wednesday, and is now available on the streaming platform of your choice. The band has a release show planned next week as a nice precursor to your Thanksgiving weekend, so stop by Great Scott in Allston on Wednesday (November 27) for a stacked line-up including The Macrotones and Helenor. Don’t forget to pick up a copy of the record for your holiday playlist.