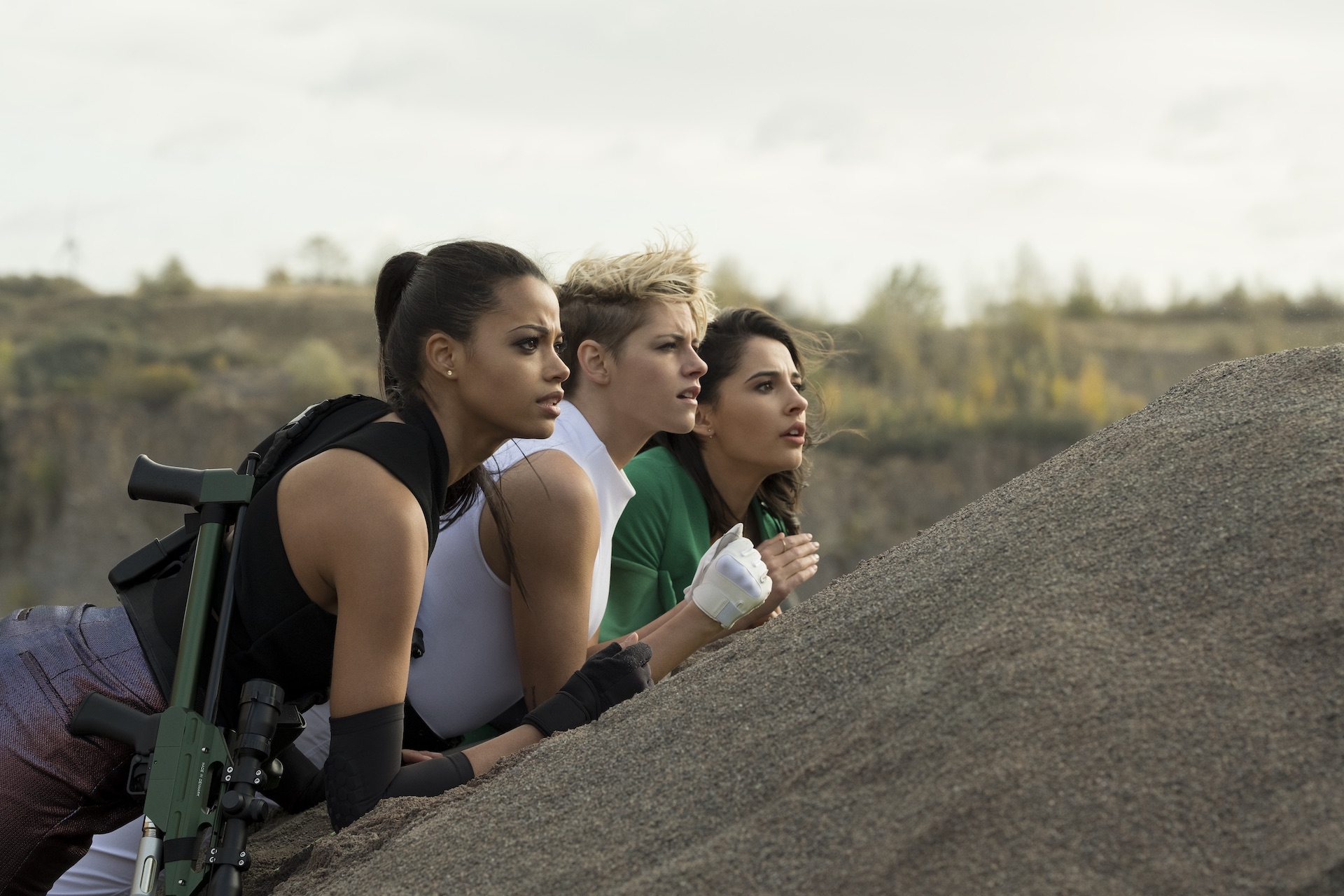 In case you weren’t keeping score at home, Elizabeth Banks’ Charlie’s Angels is the third attempt this century to try and revive for a modern audience the “classic” television show (or, as it should actually be known as, well-branded intellectual property with easy name recognition among boomers and the more irony-devoted members of Generation X). Sure, there was the 2000 feature film, directed by McG — remember him? — which was successful enough to spawn a sequel, whose colossal box-office failure showed just how much people cared about the project outside of that one-time novelty. Then in the first part of this decade, a CBS-produced revamp of the show couldn’t even make it to eight episodes before getting canned, and, as we know, those viewers will watch literally anything (Young Sheldon, anyone?). Now, via the director of Pitch Perfect 2, we’re given what might be the straightest-laced take on the franchise’s “girl power” ethos, despite it being wrapped in all of the trappings of a comedy, in which the irony fueling these endeavors finally peters out and is replaced by honest-to-god sentiment.

In case you’ve managed to miss each subsequent iteration of this franchise, let’s go over the basics: There is an international private detective/intelligence group known as The Townsend Agency, led by the enigmatic Charlie Townsend, whose disembodied voice only ever appears to his agents via a speaker box. His agents are “angels,” femme Fatales from all over the world, who are meant kick-ass and look great while they do it, and they’re handled by a person with the codename “Bosley,” which, once upon a time, just happened to be a character’s name instead of a rank within the organization. And, because of how network television worked back in the day, there were a trio of leads: Here, they’re played by Kristen Stewart as the group’s wild-card-wild-child, newcomer Ella Balinksa as the brains, and Naomi Scott as the newbie who’s thrust into membership because she’s threatening to expose a tech company’s misdeeds. They bond because the script (also written by Banks) demands that they do, inorganically and crassly manipulated into shape. Their “Bosley” is played by Banks, and the villain is a reveal that you can guess based on a few context clues within the first five minutes of the movie. It is a colossal bore.

Banks’ direction, while well-suited to broad farce and light drama, is a poor match for the “action” and “intrigue” endemic to the franchise, and it proves to be especially bad in the edit. Remember that much-ridiculed scene from one of the Taken movies, in which it takes nearly ten shots for Liam Neeson’s character to hop over a fence? Most of the action in Charlie’s Angels adheres to the same philosophy, and, in the process, it masks most of the stunt work, overwhelming any potential clarity with blunt-force cuts. A quarry-set gunfight, which acts as the film’s action centerpiece, comes across as mostly a grey blur, and the final fight between a tatted-up goon and Ballinska is actual gibberish, devoid of style or rhythm. It’s also weirdly ugly, with clumsy CGI crammed into the corner of every frame, and I was astonished to discover that Bill Pope — cinematographer behind The Matrix trilogy and many of Edgar Wright’s films — worked on the film, as it manages to be sub-Marvel in its dull, ugly aesthetics. And as much fun as it is to watch Stewart unwind in between serious roles (with the knowledge that, in the process, she’s helping to secure funding for a dozen other small projects by doing so), it’s still not enough to make it watchable for any true stretch of time.

Part of me wishes the director had abandoned any sense of seriousness and the half-hearted approach that she takes to camp here, in favor of something that genuinely embraced the goofiness of this incredibly outdated concept and took its worldview to task instead of trying to codify it through layers upon layers of justification. If there were ever a property for one to use in order to straight-up ridicule the faux girl-power that’s so often served up to audiences in lieu of the revolutionary power of the real thing, it would be Charlie’s Angels, which has awkwardly stuck around long past its expiration date in order to give women-focused action films a point of comparison for the benefit of braindead suits. Instead, Banks and company try to salvage it, and, in the process, they substitute the patronizing male-dictated mass media “feminism” of the past for a corporate one that, on the surface, may look more equitable even though its false promises are even further entrenched in the unhealthy power structures that it has subsumed. And, as it looks like audiences will reject this attempt to breathe life into the franchise, maybe we should just let these old sleeping IPs lie. It is a waste of time and money to try and save, I don’t know, The Love Boat, from the fast-moving currents of time. There are new stories to tell, ones that perhaps might mean more to the legions of young women who failed to be attracted by this one.