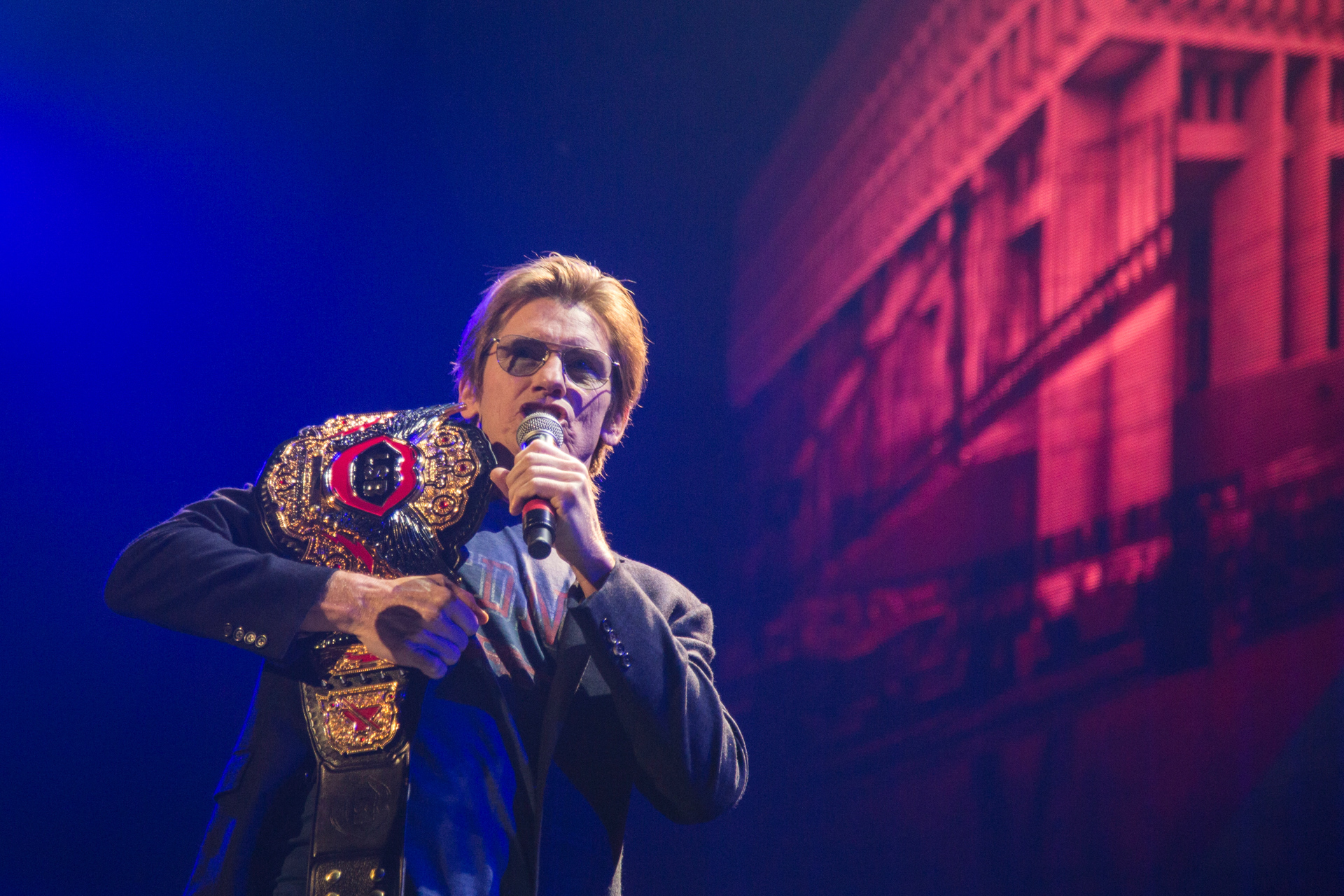 Celebrating 25 years of the longest-running charity comedy show in the country, the Emerson grad isn’t taking the milestone for granted

For the last 24 years, Denis Leary has worked tirelessly, year in and year out, to bring nothing but the best comedy talent to Boston for a night of charity and hilarity — and as we roll into year 25 of Comics Come Home (CCH), Leary isn’t resting on his laurels.

With the milestone bacchanalia taking place in front of a sold-out crowd at TD Garden on Saturday (November 9), the Worcester native has once again brought forth a venerable comedy roster to help raise money for the Cam Neely Foundation for Cancer Care. This year’s edition will add to the already staggering $12 million the event has helped to raise for the foundation over the course of its historic incumbency as the longest-running charity comedy show in the country. But, even for someone as seasoned as Leary is with this annual comedy barn burner, he remains humbled, and awe-struck by how far the show has come over the years.

“It’s hard to believe we are at number 25. That probably illuminates one of the main reasons behind the show’s success, [because] we never take it for granted,” Leary tells Vanyaland. “Every single year, at the end of the show in the dressing room, Cam and I ask each other if we want to do one more.  It’s become a bit of a superstition now. We never talk about next year. We only think about the concert that’s right in front of us at the Garden.”

Starting the show in 1995 as a means to bring attention to the then-newly-formed foundation, as well as the idea of building The Neely House, which has provided a “bed-and-breakfast style” residence for cancer patients and their families while they undergo treatments at Tuft Medical Center, Leary and Neely hadn’t even thought about a second show the following year. But they did – and then they did one more. And now, 25 years later, here we are.

“I think Cam and I were both shocked to achieve the goal so quickly and actually open The Neely House. At that point, the whole concert became a rolling snowball and picked up steam and TV contracts and people were clamoring for tickets while comedians were asking me to perform,” says Leary. “The biggest thing behind our success is also the Boston audience. Without their support and passion for this cause, we wouldn’t have been able to keep going. Boston is a hockey town, and a comedy town, and Cam has brought both of those worlds together.”

So, what goes into putting together a lineup so titanic that it sells out the home of the Bruins nearly every year? For Leary, it’s just about putting together a wish list, which always includes CCH vets Lenny Clarke and Robert Kelly, and going from there.

Leary admits that he always wants more women on the show in addition to Clarke and Kelly being mainstays (“good luck charms” as he refers to them) but sometimes, it just doesn’t work out. However, while he couldn’t land names like Whitney Cummings and Jon Stewart like he had hoped to do this year, and Nick Kroll had to drop out, Leary is bringing back Bill Burr and John Mulaney — ya know, two of the biggest comedians on planet earth right now — who he considers to be “returning heroes” at this point, as well as Kelly MacFarland, Pete Holmes, and fellow comedy legend and former Emerson classmate Steven Wright.

Even with all of those names set to take the stage by storm, Leary is quick to acknowledge his excitement about the significance of seeing Joe Yannetty take the stage at CCH once again.

“Joe performed a few years ago after surviving throat cancer, and his first time onstage after two years of battling this disease was at Comics Come Home. He came out a did an entire hilarious set about his fight, and now he’s in remission, and just got the all-clear from his doctors, so he’s coming back to talk about that,” says Leary. “Having him onstage again talking about his journey against the disease that started this whole thing is going to be unbelievable. So I’m really pumped about this show.”

Over the years, Leary and crew have made every Comics Come Home a night to remember. From countless comedy legends tearing off the roof off the place, to surprise guests appearances from folks like John Mayer and Aerosmith’s Joe Perry, there’s no shortage of great memories or friendships that have come out of putting this special show on, year after year.

But for Leary, the most rewarding part isn’t palling around with fellow legends, or even sharing the stage with Perry, or Mayer, or Jimmy Fallon. It goes much further beyond the shenanigans of the night that make it all worth it in the end.

“The most rewarding part is visiting the Neely House and seeing the sheer size and scope of its success, how many lives it’s touched, how many families have been helped, and how far it’s branched out from the beginning. That’s why we do the gig,” says Leary. “That goes right back to Cam Neely. It’s a testament to how much the people of New England love him and what he stands for. It’s duly noted by Boston sports and comedy fans that Number eight is not only in the Hockey Hall Of Fame, but also a first ballot member of the Humanity Hall Of Fame.”

Sure, the overall goal every year is to continue bringing funds in for a worthy and outstanding cause, and he may consider himself an A-S-S-H-O-L-E, but that’s not to say that Leary isn’t taking any liberties with the amount of fun he’s having by keeping people on their toes with special surprises every year.

“I never stop dreaming about new additions and big surprise moments,” says Leary. “I’d love to one day have Adam Sandler and Aerosmith sing ‘The Asshole Song’ with me and Big Papi. You never know. that could be next year.”