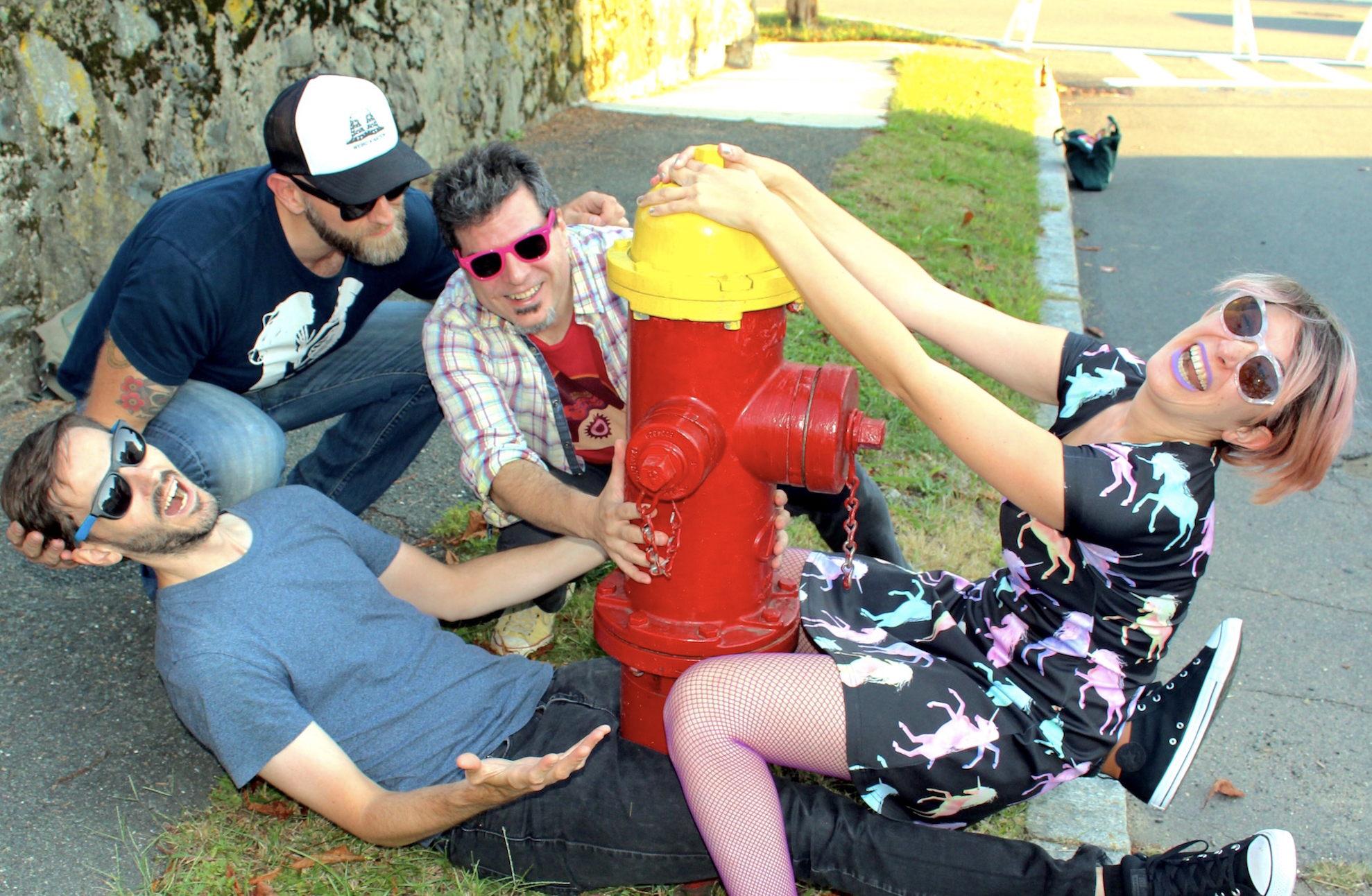 There’ll be a new festival ripping through the Northeast in 2020, and its potent dose of power-pop and punk comes in a to-go bag.

All together, there are nine bands who organized the fest: The Chelsea Curve, Cold Expectations, Field Day, Heather Rose In Clover, Justine and The Unclean, Kid Gulliver, The Knock Ups, PowerSlut (pictured above), and Tiger Bomb. The series of events piles on sets from different combinations of the founding groups (if not all of them) in each featured city.

So far, there are five dates for the inaugural edition of the festival: January 11 at Askew Prov in Providence, February 29 at ONCE Ballroom in Somerville, March 13 and 14 at Koto in Salem (Massachusetts), and March 28 at Sun Tiki Studios in Portland. More regional dates will be announced at a later time.

As a bonus, some dates will have extra guest performers; the ONCE Ballroom show, for instance, will also feature Lockette and The Shang-Hi-Los, a new Boston supergroup of sorts that features Jennifer D’Angora (The Downbeat Five, The Dents, Jenny Dee and the Deelinquents), Dan Kopko (Watts), and Lee Harrington (The Neighborhoods).

February 29 will also be the record release show for PowerSlut’s new album, Fun With Junk.

Co-organizer Justine Covault (of Boston’s own Justine and The Unclean) explained that the idea for WhistleStop Rock Festival blossomed from a handful of group messages between the bands.

“Heather Rose in Clover were part of the group that Simone Berk first messaged about doing a show, and they invited us all to play in Providence, their hometown,” she tells Vanyaland. “I had recently done a duet with Lynda Mandolyn of Tiger Bomb at a ‘Mess Around,’ and she invited us to play in Portland. We all suddenly realized that we should bring the show to other regional venues, and that it was going to be a lot of fun!”

Even with five shows and four locations already on the schedule, Covault confirms that the festival is still looking to book more dates for 2020.

“We’re still booking more venues — we are looking for New England rock venues with a capacity of 150-plus where we can start in the afternoon and accommodate six to 10 bands,” she explains. “But, mostly we used our collective experience and connections to identify cool places to play! We are all sharing the work, our ideas, and our knowledge to help the festival be successful. It’s been an amazing time putting this together!”

Check out the event page for the first stop in Providence here.