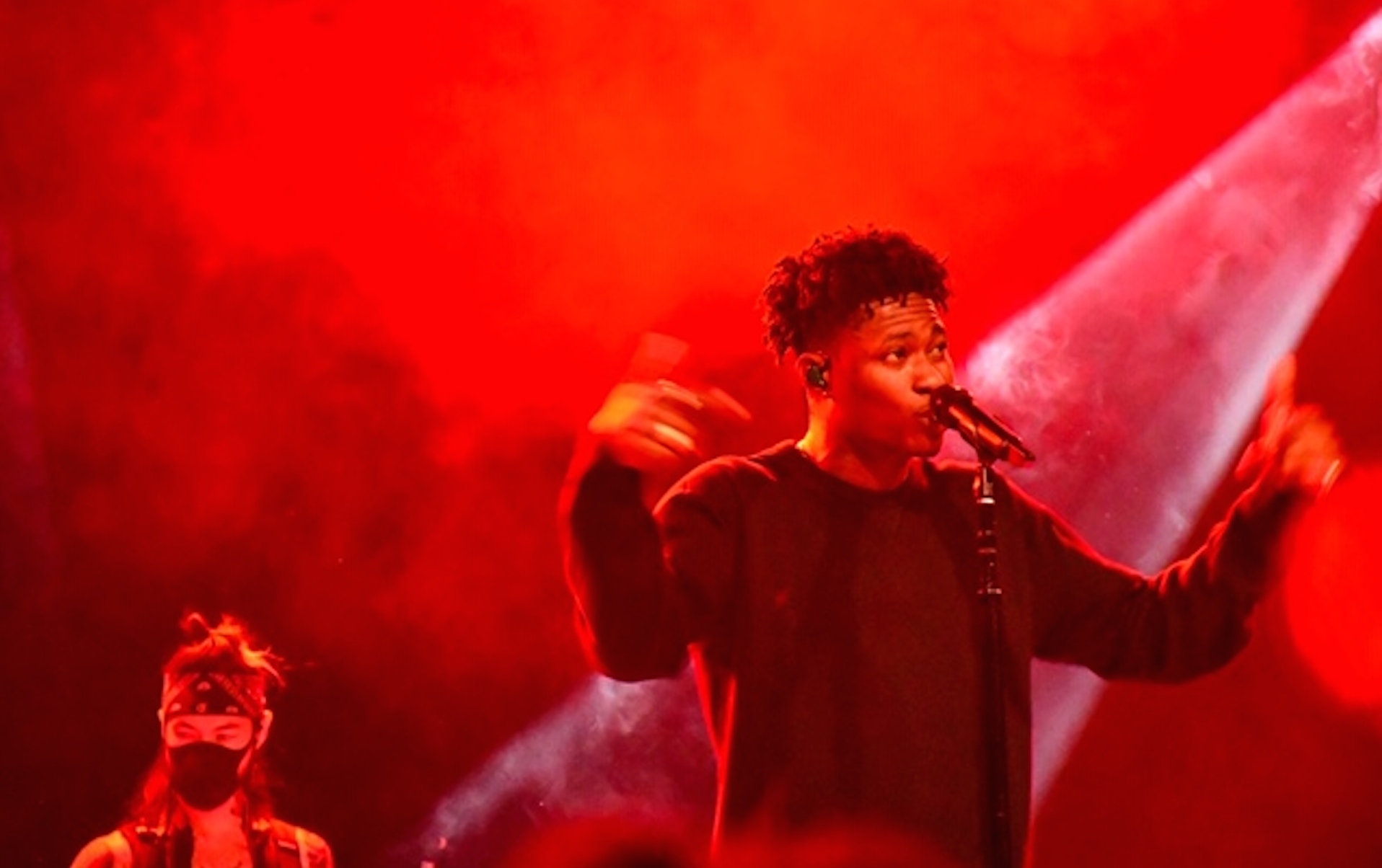 Lucky Daye’s irrefutable charisma stems from both his lyrical and emotional complexity. Both manage to intertwine perfectly on his debut album, May’s Painted. What Daye does to modern r&b is refreshing and fun; the singer and songwriter from New Orleans distances himself from lugubrious orchestration and wistful (read: boring) cooing that has recently become fashionable.

Instead, his songs are saturated in urgent excitement full of ambitious buildups and steely defiance. Daye is a revelatory songwriter who manages to balances flexes and taunts with utter sincerity. Even when his mood tilts dark, Daye remains captivating, honest and whole.

His sold out show this past Wednesday night (October 9) at The Sinclair in Cambridge was a natural extension of this — and Daye didn’t miss a single beat. Opening track “Try Your Fire” was as sultry and soulful as it is on Painted. From the very beginning of his set, it was clear the singer knows how to masterfully combine his innate neo-soul inclinations with hip-hop bravado.

By the time he transitioned from “Ready for Love” to the Ginuwine-sampled track “Karma,” Daye embraced his animated and spontaneous nature. He bounced and danced and joyfully moved to the music as he saw fit. His lusty and brilliant vocal delivery remains unmatched and is Daye’s biggest asset.

The surreal beauty of “Real Games” and the coiled intimacy of “Concentrate” were harrowing as eager concert-goers were readily hanging on Daye’s every word. At times, his performance felt celestial and as if the vast narrative constellation described on Painted was decipherable (though Daye enjoys being cloaked in a little mystery).

His smash hit “Roll Some Mo” was more compelling with a live band and “Love You Too Much” greatly underscored Daye’s tenderness. As he ended the night with “Call” — a song that confronts the dangers of loneliness — his catalogue reminds us that great things can happen when you open yourself up to being vulnerable.