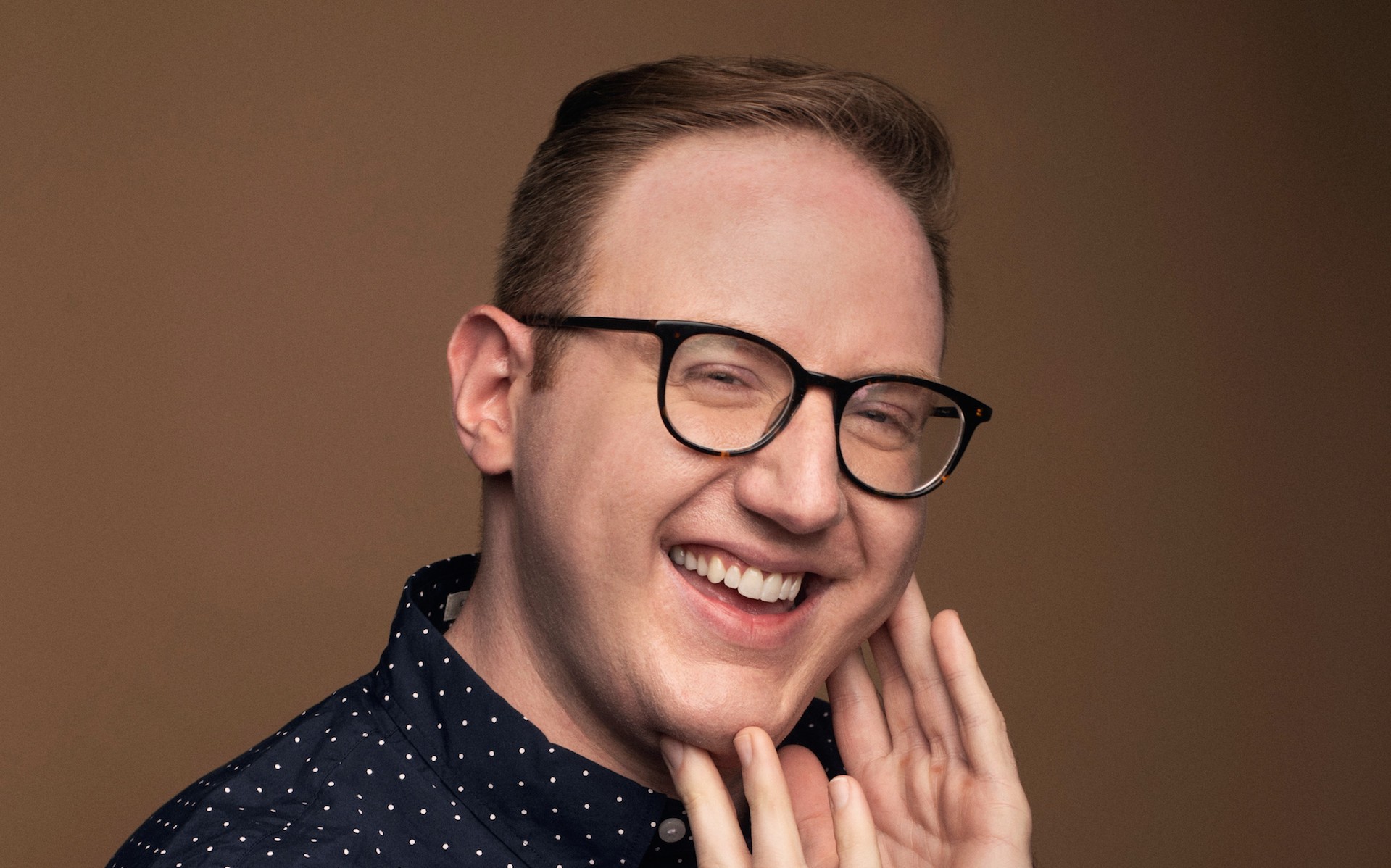 With a bottle of red wine at the ready, the New York-based comic delivers his newest stand-up to Massachusetts this weekend

Matt Bellassai may be making a conscious effort to ensure his abs don’t make an appearance in the Bay State this weekend, but he’s okay with doing that, because he’d rather give us all a great workout with some laughs.

With a new batch of material in hand that will conjoin the formula of a traditional stand-up show with his signature “grumpy takes” on various topics that you can experience on his YouTube show, To Be Honest, and his podcast, Unhappy Hour, Bellassai makes his very first trip to Provincetown on Friday (August 23), as both a performer and as a person, before returning to The Wilbur Theatre stage on Saturday (August 24).

But before he braces for a few crushing blows to his self-esteem once he comes in contact with the beautiful PTown folk he follows on Instagram, or “instagays” as he calls them, he’s looking forward to not only what the weekend has in store for him and his audience, but he also feels that he should attach a disclaimer for the members of the audience that try to keep up with his on-stage wine consumption.

“I feel like my body has grown entirely too accustomed to the taste of wine, so it takes me a little bit more to get me tipsy, for better or for worse, but mostly for worse,” Bellassai tells Vanyalandwith a chuckle. “But I do have to warn the audience of that, because I do have a lot of lovely ladies in the crowd that try to keep up with me, and I have to remind them that I’m a professional, and also a six-foot-three, not-small man, so it takes more to take me down.”

While he does put down a significant amount of wine in a very short amount of time, he doesn’t let it get in the way of the task at hand. He still works from the set that he’s written down for the night, but he does admit that the effects of the wine have, at times, allowed him the freedom to follow a certain thread or just go where the mood takes him. Always one to keep the mood on the lighter side, though, even with his sharp-tongued take on less divisive topics, Bellassai made it a point as he was starting out to avoid political topics, or takes on things that would be seen as divisive.

While he does discuss growing up gay in his stand-up, which he feels does come with a natural political or social awareness side whether he treads there or not, he’d rather stick to the self-deprecation he’s put in so much work to polish, or telling everyone why why pancakes are better than waffles, or why people with babies are the worst.

“From the audience’s perspective, I’m not touching on any hot button issues,” says the Chicago native. “I’m talking about why children suck, and I remember that being one of the first videos I ever put out, and I kept thinking about how people were going to hate it, and how all the moms who follow me were going to be mad. But, as it turns out, a lot of moms like to hate on their children, or at least other people’s kids. I’m a pale, chubby gay guy who’s getting drunk. My mean words about children mean nothing, and I think all of that helps it come across as more palatable for people.”

With what may be seen as an overtly negative outlook on many topics for anyone unfamiliar with his comedic approach, Bellassai has always made it a point to keep it funny above all else. He admits that, sometimes, it’s tough to gauge how well a joke went over in a video, since there isn’t any instant reaction to it, but that energy of a live crowd is what he’s looking forward to most about the live shows coming up this weekend. Well, that…and the wine chugging.

“I always love being on stage, because I came from the internet, and I’m used to filming a video and telling jokes in front of a camera where I’m not getting the immediate feedback you would get in a live setting,” says Bellassai. “I’ve been doing stand-up for four years, which is still pretty fresh in the comedy world, but it is always fun to be able to do a live show, and feel that energy from the audience in person.”