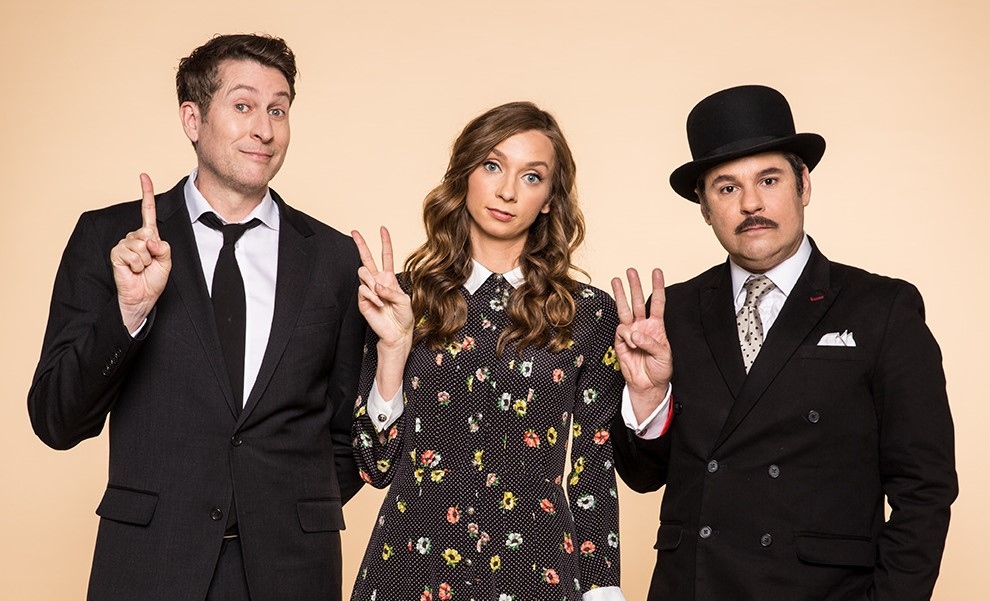 The iconic podcast celebrates 10 years on the air with a short tour, which kicks off in Medford this week

For Scott Aukerman, it definitely feels like it’s been 10 years since he fired up the Comedy Bang! Bang! machine for the first time, but only in terms of real time. In terms of enjoying the work, he’s happy to admit that it hasn’t dragged for him, and that may be a result of the fact that Aukerman himself never actually expected the show to become the comedy giant that it has evolved into over the years.

Making his way to Medford’s Chevalier Theatre this Wednesday (August 21) to begin a short trek in celebration of reaching the 10-year mark, dubbed The Not Very Long Comedy Bang! Bang! 10th Anniversary Tour, Aukerman is excited to make his way back to the Boston area with the show, and take in some of the local scenery while he’s here.

“We’ve had great shows in Boston before, and the fans are always really cool. I also like to walk around and see the various fist fights occuring outside the theaters, but I’m most excited to get back out there on the road for another tour.”

Another factor in what has kept the show so fresh for Aukerman, aside from the fact that it’s the show where he talks to interesting people, is the fact that, in terms of live shows, every city brings something new to the stage, with a completely improvised show every night. While it’s been three years since the last full tour, Aukerman knows that the improvisational aspect of the show, as well as the few live shows he’s done here and there with show regulars, as well as his co-hosts on the Threedom podcast, Lauren Lapkus and Paul F. Tompkins, will keep the rust off right from the get-go.

With Lapkus and Thompkins joining him on the tour, Aukerman is also quick to attribute part of the success they’ve achieved in a live setting to the duo’s work ethic and attention to detail. Not only that, but the structure of the show, and the fact that they don’t discuss what they’re planning for the night until just before they go out and do it, has Aukerman on his toes just as much as the crowd.

“This is the second tour I’ve done with Paul F. Tompkins and Lauren Lapkus together, and they keep a running spreadsheet of every character they do in every town we’ve been to before, because they don’t like to repeat,” says Aukerman. “If you did come to see us in Boston last time, this show will be completely different in that sense, as well. We don’t really talk about what the show is going to be until right before we do it, so I’m as mystified and confounded as the next person, in terms of what’s going to happen at the show.”

Before Comedy Bang! Bang! began its meteoric rise in the comedy scene, Aukerman had been running a weekly showcase, Comedy Death-Ray, out of the Upright Citizen’s Brigade Theatre in Los Angeles. At the time of that show also crossing the 10-year mark, Aukerman thought it was insane that he was able to do it for that long, let alone reach the same feat with another show that would become such a titanic comedy force. Aukerman never expected this to happen, but he considers himself lucky that he’s able to do for a living what he was planning on doing for fun.

“It just feels like a great, wonderful thing I still love to do,” says Aukerman. “As far as it becoming a force in comedy, It’s kind of nuts to think that it might be influential, or looked at as an incubator of talent.”