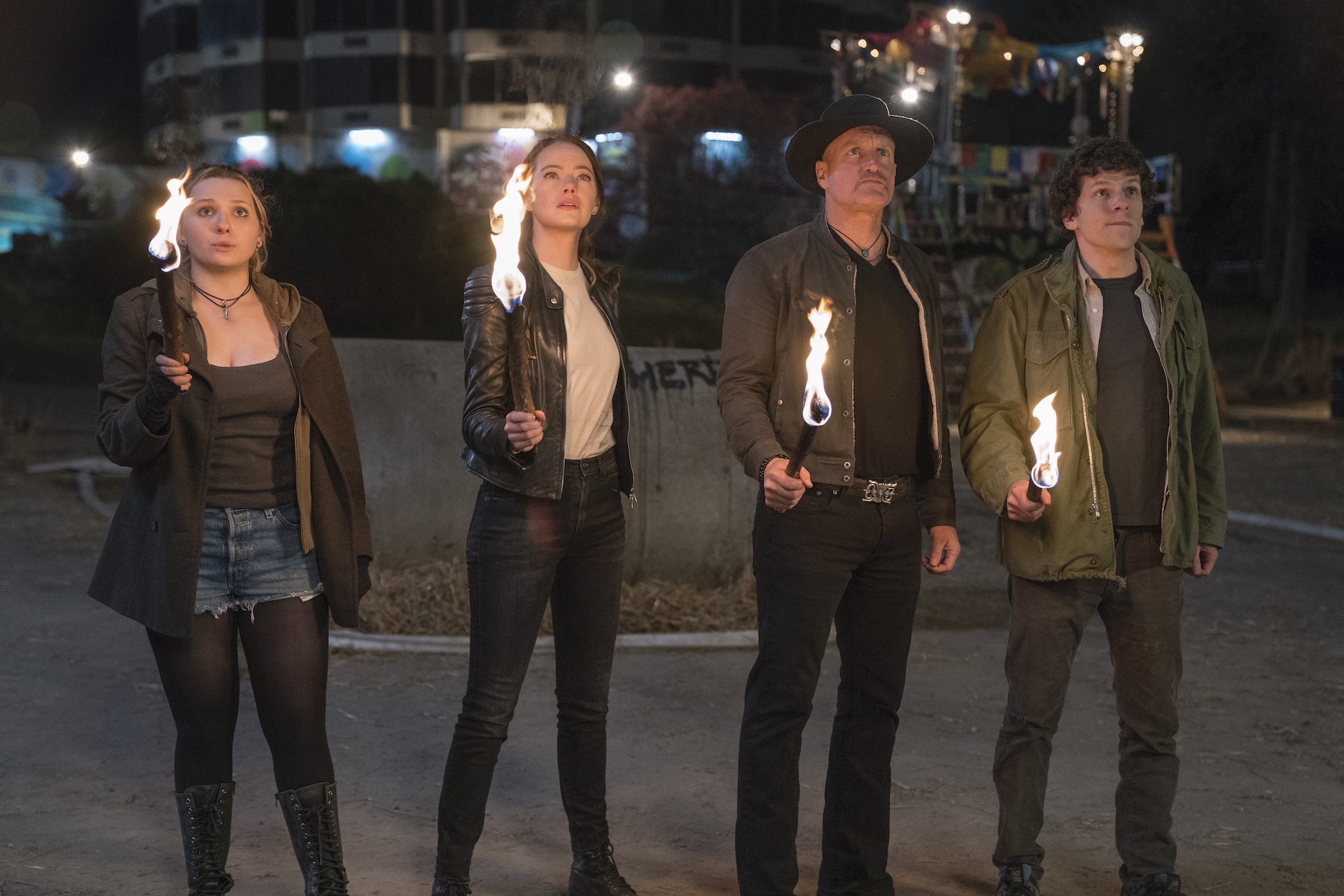 Well, it’s been ten years since Zombieland, and the powers that be have decided that, since the Amazon sequel series failed (take a look at that still in the linked article for some very funny off-brand looks at our leads), we need a sequel to a movie everybody was pleasantly surprised by at the time but quickly forgot about after they left the theater. It’s being helmed by Ruben Fleischer, who directed the original film, and made one of the wackiest (and best) superhero movies of last year in Venom. Each member of the original cast has returned for the sequel, and there are some fun new faces strewn throughout (Zoey Deutch, Rosario Dawson, and Luke Wilson).

However, we have one burning question that needs to be addressed: Is the appearance of Thomas Middleditch in a mainstream feature film its death knell? He’s great on Silicon Valley, but the last truly good movie he was physically in was probably The Wolf of Wall Street, and after that, the dude’s career has been pretty rough. Maybe we’re just saying this because homie’s Verizon ads last Football season made us want to throw our televisions out the window. Just sayin’.

Here’s a synopsis for the movie, though you probably don’t really need it:

“A decade after ‘Zombieland’ became a hit film and a cult classic, the lead cast (Woody Harrelson, Jesse Eisenberg, Abigail Breslin, and Emma Stone) have reunited with director Ruben Fleischer (‘Venom’) and the original writers Rhett Reese & Paul Wernick (‘Deadpool’) for ‘Zombieland 2: Double Tap.’ In the sequel, written by Rhett Reese & Paul Wernick and Dave Callaham, through comic mayhem that stretches from the White House and through the heartland, these four slayers must face off against the many new kinds of zombies that have evolved since the first movie, as well as some new human survivors. But most of all, they have to face the growing pains of their own snarky, makeshift family.”