For Brett Johnson, ‘Poly-Theist’ has been a constant work-in-progress 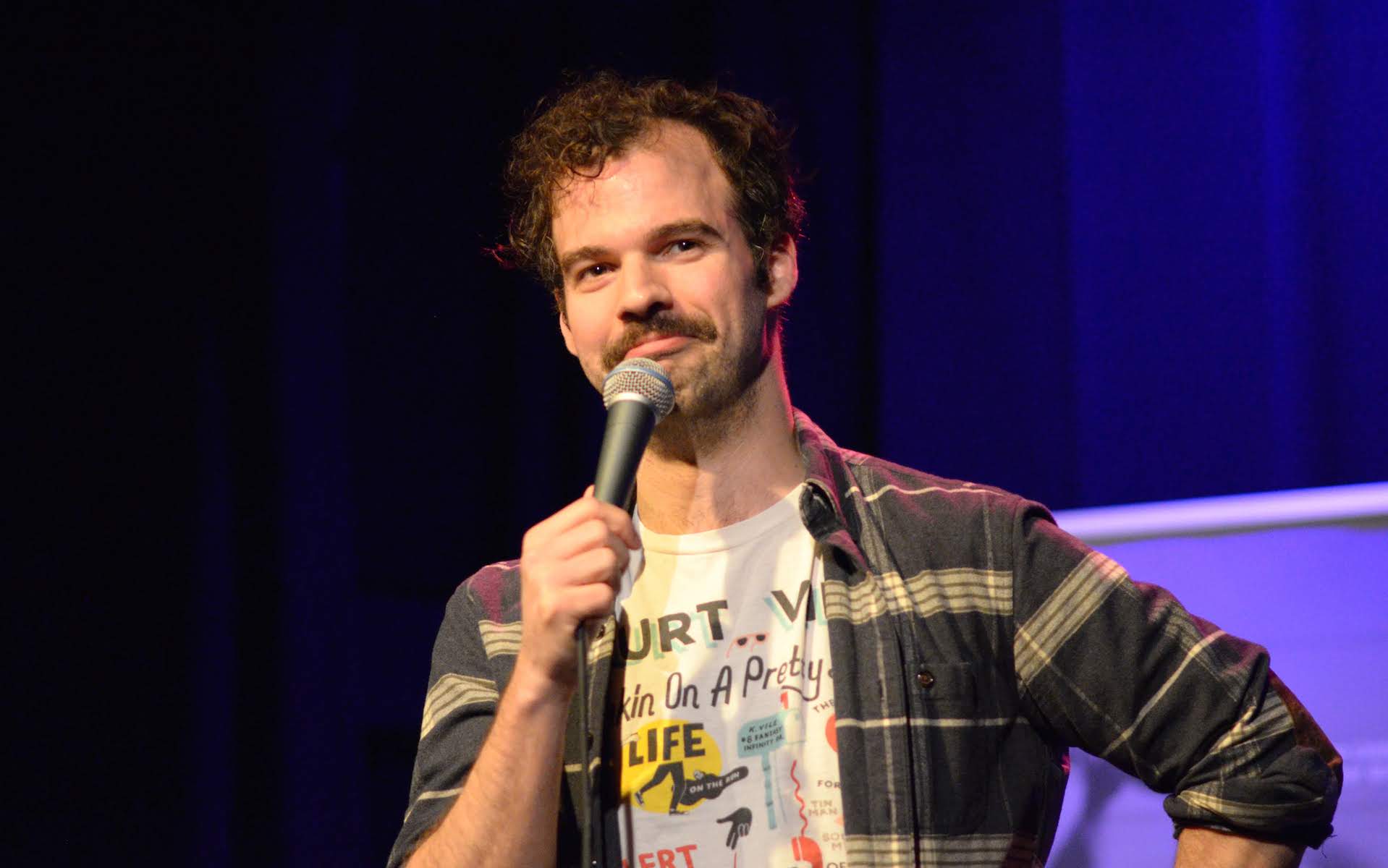 The Boston-based comedian is set to bring his new one-man show overseas in August, but he’s still got some prepping to do

Brett Johnson used to be a married and monogamous evangelical — then he became the opposite. Now, he’s bringing his experiences to audiences in states and overseas in a new one-man show.

Poly-Theist, a comedic chronicling of Johnson’s journey to finding his true path, premiered at 730 Tavern in Cambridge back in December 2018. The Albany native has brought to a few cities around the country, and now he’s ready to bring it overseas to the iconic Edinburgh Fringe Festival — but first, he delivers it to The Comedy Studio this Sunday (July 21), as well as a few other stops along the way, like WaterFire Arts Center in Providence (July 23, 25 and 27), as part of Providence Fringe, and Strong Style Coffee in Fitchburg (July 26), before heading off to Scotland.

For Johnson, he’s excited to perform all around the area before setting sail, but as a Boston-based comedian, the stop at the Studio is much more than just a warm up show for the bigger stage overseas.

“The space is great, it’s a known spot, and in addition to other places around here, the Studio is really the place where I learned the craft of writing comedy, and developing material here in Boston,” Johnson tells Vanyaland. “It’s kind of nice to have a ‘before I leave’ tie-in culminate at the Studio.”

Since the OG version premiered in Cambridge, Johnson has been tinkering with the minutiae of the show at every turn, while keeping the essence of his original approach intact, in hopes to make the show as digestible as possible.

While he’s taken the time to change up the ending of the show, where he’s been able to integrate the faith and relationship threads more effectively over the last few months, Johnson has also looked at how different crowds in different have received the show, and that’s caused him to really fine-tune the ratio of serious moments, as you would naturally find with subject matter such as this, to light-hearted injections. The need to do so hit him hardest after bringing it back home to Albany, where it became clear to him he was trying just a little too hard to keep it serious and poignant.

“What I found with those shows was that they went well, but there were moments when I would have a joke toward the end of the show, and people were a little too exhausted to laugh,” says Johnson. “That showed me that instead of trying too hard to make it this heartfelt and serious part, I had to be deliberate about where those moments come in the show. It was like skipping a rock on water, where I had to make sure to keep it up, and keep the crowd with me until I reached a point where it would make sense to sink a little and go deeper.”

There’s no doubt he’s enjoyed performing the show and polishing it a little bit more with each performance before heading over the Edinburgh, but while he’s worked at preparing for 23 shows in 25 days, he’s looking forward to finally just getting there and doing his thing. But even with all of the preparation he’s put into it leading to this point, Johnson admits that there is still just a little bit more work to be done in order to make it a great experience for the Scotland crowds.

“I’m a little nervous, but I’m also excited, and I‘m hoping to get the right people to come and see it, and find my audience,” says Johnson. “Another thing on my to-do list is to go through all of my references, and if they’re too American, then I have to put something else in its place.”

With the help of fellow Boston comic Wes Hazard, Johnson realized early on that his material on these subjects was a bit too heavy for open mic sets and was destined for a one-man show format since he wasn’t able to go into as much detail as he wanted to in order to deliver proper context at open mics, but he knew that the ideas he presented interested people enough to embark on this journey. He holds no ill-will towards people who don’t follow the polyamorous way of life, and he’s not trying to change your mind on the subject — but if it does, he’’ll take that W.

“I didn’t really have a lot of time to give some of the stuff context to talk about it at the depth I wanted in a regular stand-up. With a one-man show, they get that context. They have a longer buy-in,” says Johnson. “It also just interests people. If this can maybe prompt a thought, or a question, or a conversation, or any type of reflection, then that’s a plus too.”