Watch Sleater-Kinney hypnotize and entrance on ‘The Tonight Show’ 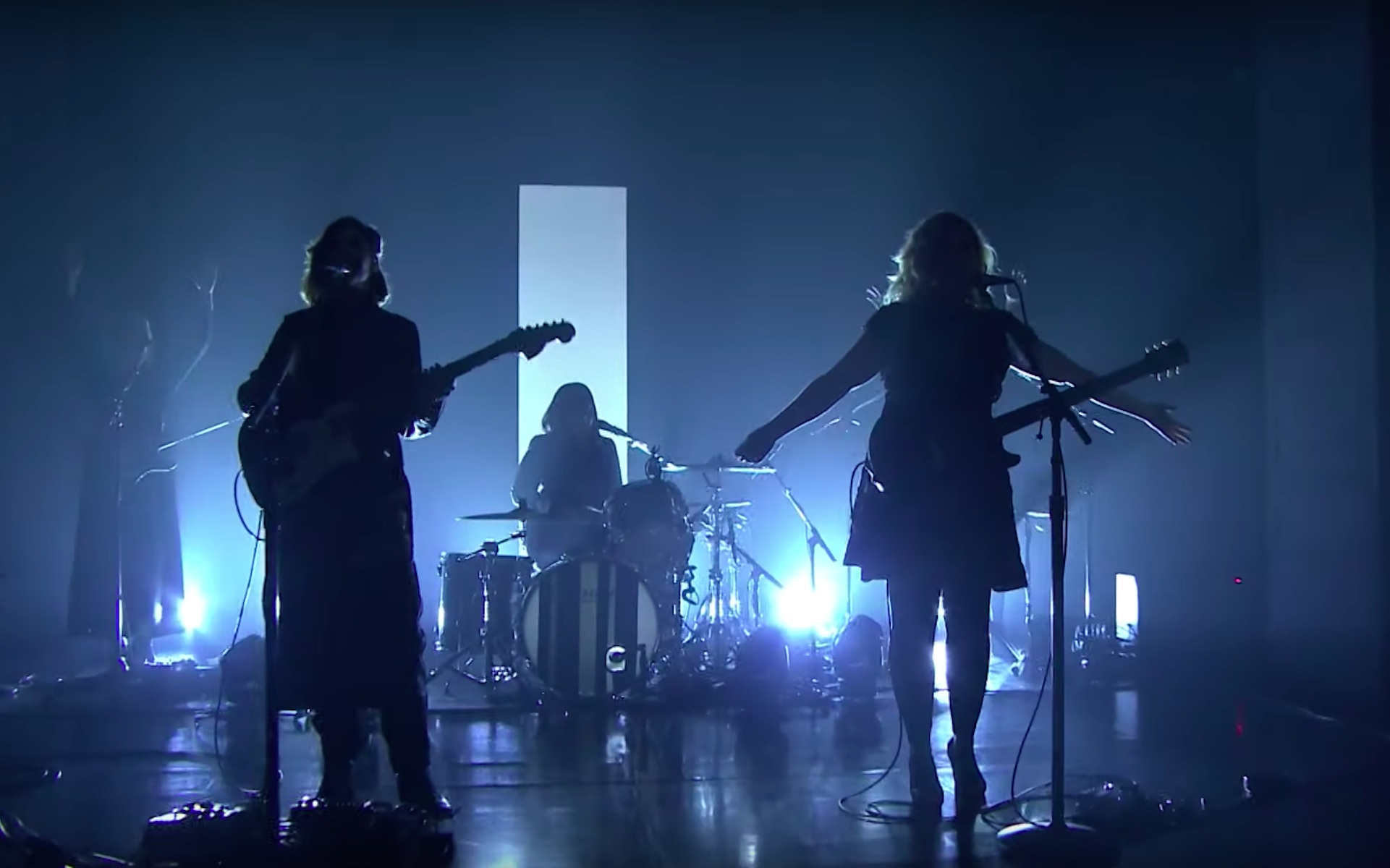 Sleater-Kinney are playing Boston’s House of Blues on October 29, and if their appearance last night (June 19) on The Tonight Show Starring Jimmy Fallon is indication, we’re in for a fucking treat. Carrie Brownstein, Corin Tucker, and Janet Weiss have put a vice grip on 2019 with the arrival of their St. Vincent-produced album The Center Won’t Hold, which hits August 16 via Mom + Pop, and a few weeks back they showed they meant business with a massive single called “Hurry On Home.” That’s the track they busted out last night on Fallon, and the whole thing is enough to make you want to crawl inside your screen and live with them on that cinematic stage forever.