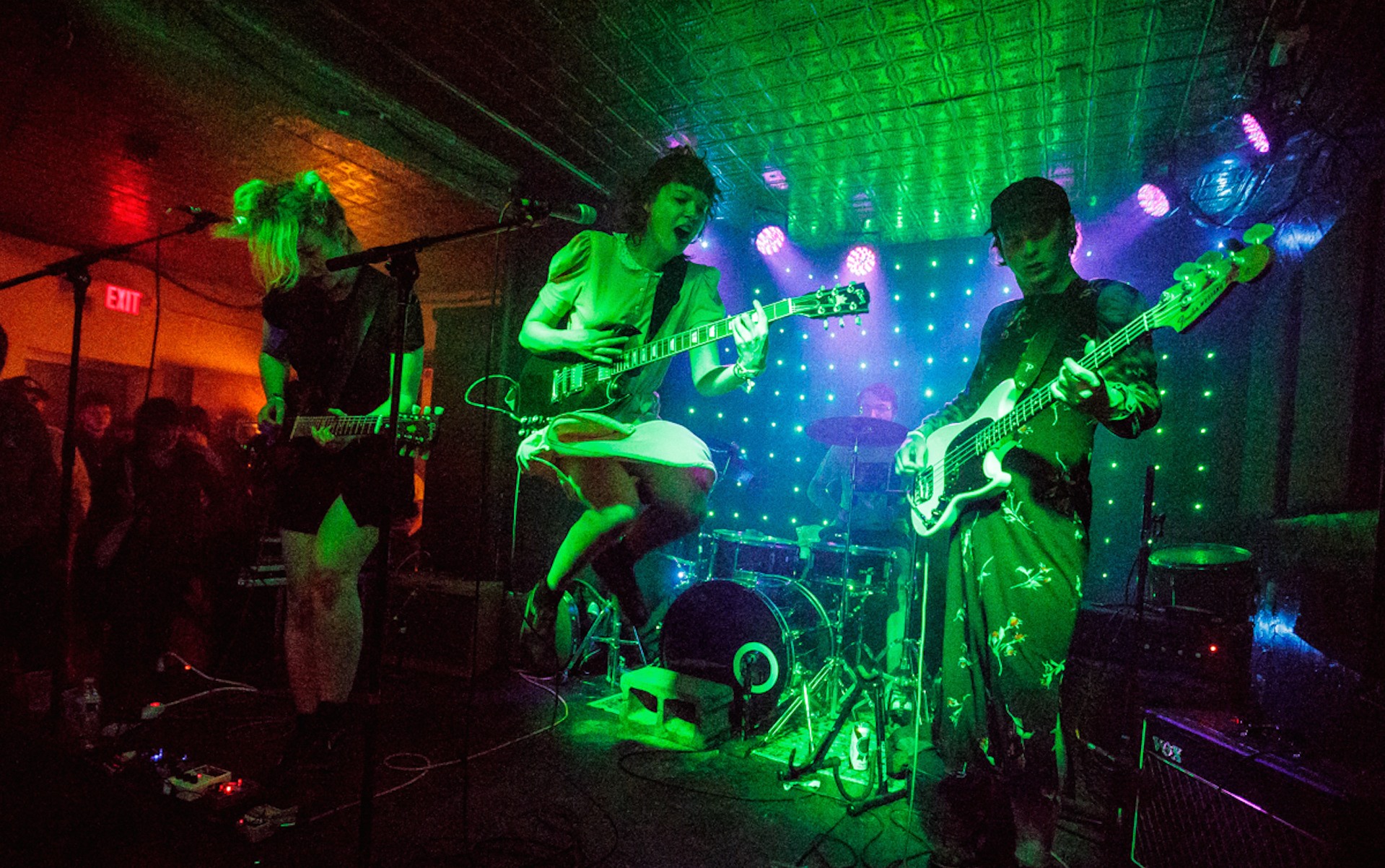 Photo by Ben Stas for Vanyaland

It’s midway through a sunny Sunday afternoon in Winooski as I’m strolling past the Methodist Church, summoned by the sounds of a very loud rock band pouring forth from the open door of the nearby Last Stop Sports Bar, when I realize the person I’m about to cross paths with is Wilco guitarist Nels Cline, walking the smallest dog I’ve ever seen. As Cline later notes during his Sunday night set at the church, Winooski and its big-sister city of Burlington are quite dog-friendly; a plus when he and his bandmate and wife Yuka C. Honda bring Buttercup on tour. (CUP, their electro-experimental duo, is evidently named after the pup).

It’s the sort of scene that feels like it could only play out at Waking Windows, the yearly festival where scores of locals, traveling fans and artists become neighbors for a weekend around Vermont’s hippest rotary.

And while Waking Windows is a sure bet most every year based on that big-font talent, its true charm lies in how consistently diverse and surprising its programming remains deep into its staggeringly large lineup of rock, folk, dance, hip-hop, and genres beyond. A random pop-in to Winooski’s bars, sidewalks, coffee shop, house of worship and — in a welcome reprise from 2018’s edition — a gutted-bank-turned-art-space can lead down any number of rabbit holes.

This year’s blind-buy highlights included German garage-punks Gurr and a Sunday showcase of mysterious NYC-adjacent bands culminating with the theatrically noir-ish post-punk of Cindy Cane. And that’s not the mention the gamelan orchestra or the fire-breathers. There is little, seemingly, that this festival can’t do.