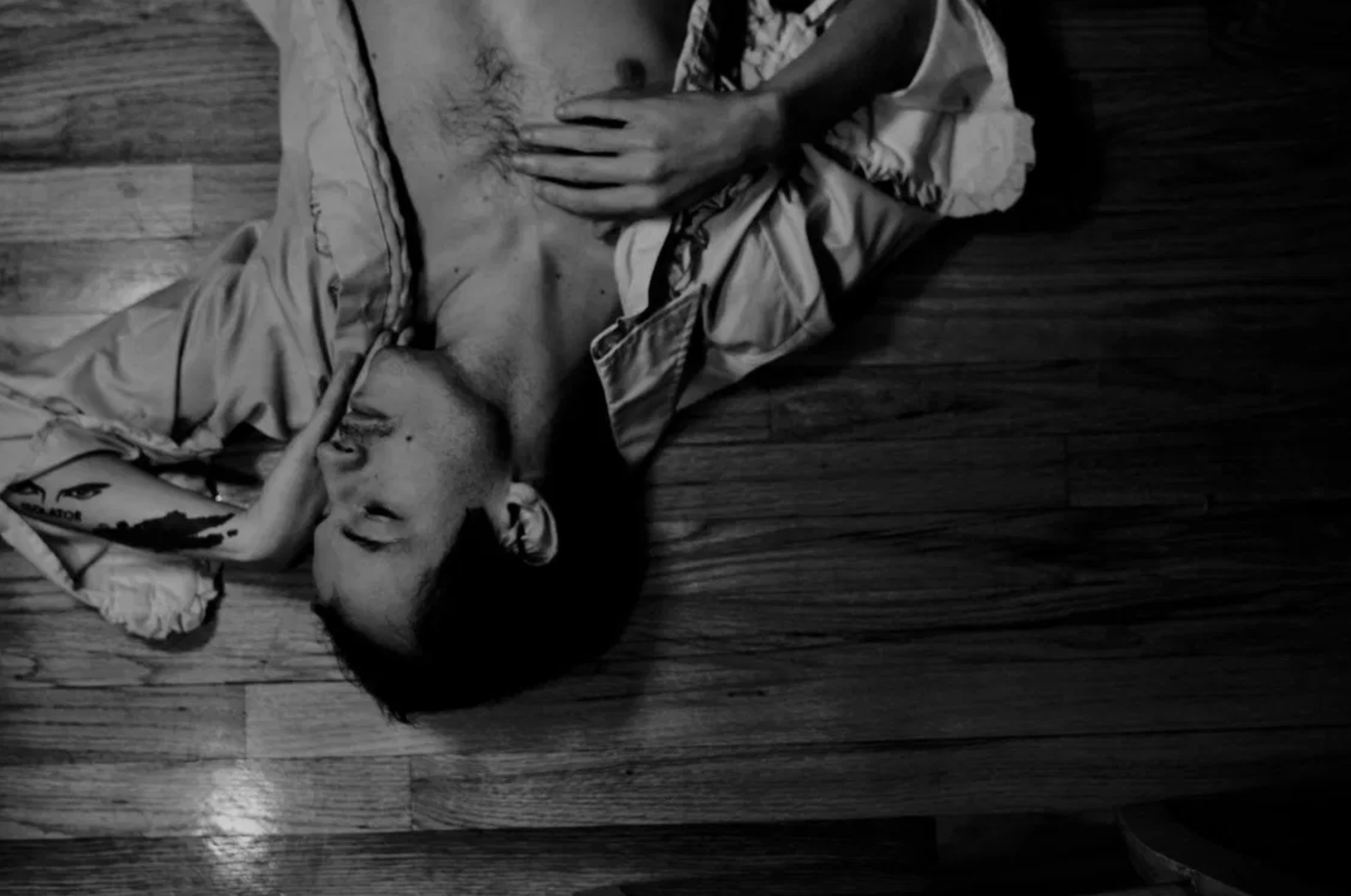 For what it’s worth, Funeral Advantage is fully aware of how heavy his shoegaze can be.

Known for fashioning together some of the headiest dream-pop from our city or elsewhere, Boston artist Tyler Kershaw ended up pointing his narrative lens outward for his new record Nectarine, out today (February 22) via Sleep Well Records.

While an unintentional theme at first, the shift in his musical storytelling perspective made the artist-album relationship for Nectarine that much more healthy, Kershaw says.

“It’s well known that my previous output wasn’t always about the lightest subjects,” he tells Vanyaland. “Some people tell me the songs on Please Help Me are difficult to listen to, but they have no idea what it’s like for me. While the stories on Nectarine aren’t all about me, they’re still going to feature a lot of the same plot points.”

“Bad Magnet,” a swirling experiment in bummer rock, presents a perfect example of his newfangled approach.

“I wrote ‘Bad Magnet’ about two people I knew who weren’t supposed to fall in love, which is a very ‘me’ song to write, but being able to be an observer during this storyline allowed me to avoid trying to remove myself from the story,” Kershaw elaborates. “I would wince in the past because these situations might have been too painful or awkward to relive. I was able to serve as the narrator, rather than the character for this collection of songs. I was happier finishing this album as a result of this. . . The formula wasn’t broken before, but you don’t want to fall victim to a cycle. You want to acknowledge the cycle while evolving past it.”

Still, Kershaw’s own preoccupations still seep through the seven tracks of Nectarine. The last song, “It Never Gets Any Better, You Just Get Used To It,” is a bleary instrumental that dates back ten years and speaks to his sentiments about socially disassociating.

“[That song] was recorded in 2009 in my first apartment during a time when I started feeling deeply removed from reality,” Kershaw says. “I have always felt like I was bending to the shape that a human takes and this feeling never subsided but as I got older, I got better at acting like I knew what I was doing… I always wondered how many people are also pretending, and if I’m remembering correctly, this song title was my way of putting a flag up to see.”

Get drowned in sound below.