Listening to the new Pale Hands album is a bit like watching Stranger Things for the first time.

You’re entranced by what’s entering your brain what’s shaping your emotion, and you want to power forward, track by track, and give in to the ravenous human tendency to consume. But there’s also a feeling of excitement in a slower, more gradual pace, and you know that with each passing song, like episodes, your perception of the next will be influenced by what you already heard. Like Stranger Things, there are eight episodes on Graphism, the brilliant new work by the Boston trio. And like the show, there’s a sensation of wanting to experience it for the first time all over again during the second appointment.

Earlier in the week, when we set up this premiere, we reached out to Pale Hands for comment on this, their debut record. But it was a bit foolish of us; not only because the band decided to instead release to us a statement about their mindset of releasing Graphism 10 days after Election Day, and their plans moving forward, but mostly, essentially, and decidedly, because their true commentary is neatly presented throughout eight songs that explore moments of reawakening, of loss and love, and that human desire to push forward. And those sentiments, both lyrically and sonically, shine though on an emotionally inspired album that knows well enough that electronic pop music has always been at odds with its soul.

“We’re going to level with you — it feels a bit detached to be releasing a record this week,” Pale Hands say in their statement, which you can read in full after the album embed. “With everything going on, we sort of forgot that the date the three of us had been looking forward to since the summer was right on top of us. To a degree, I think we all thought “Should we be releasing an album of dance songs right now? Is this what we all need?” What the fuck are we doing?”

What Pale Hands are doing, musically, is nothing short of phenomenal, and like the paranoid, detached albums that gripped the country late in 2001 and the year that followed, Graphism is a modernized take on some very basic human values.

“Woke up to a bright blue morning and I give myself the chance to start again,” sings Jen Johnson on the bucolic “Windows”, reflecting what many of us have felt since last Tuesday over synths that echo a much-needed post-slumber stretch. On “Seaside Cure”, Johnson explores the feeing of escapism that sets in once our daily optimism begins to fade, her classically trained vocals sounding more empowered and assertive than ever before (and with a resume that includes fronting bands like Velah and Static of the Gods, that’s no small accomplishment). Graphism’s crowning moment, a Kate Bush-ian new wave seducer titled “Lower Than Low”, yearns and tumbles through contradicting emotion; a few songs later, on “Shapeshifters,” Johnson offers the following: “Get your heart in the right place, and your head will follow.”

Graphism’s introspection may be its defining quality, but it also pushes a central theme to better oneself despite the uncertainty around us. Of course, these troubling times did not begin on November 8, 2016, and Pale Hands began recording the album a year ago (and it’s likely many of these lyrics, patches, and loops predate that by a while). But the message, one we all need pumped through our ear buds as we take that last deep breath to face the day and all its deceitful pitfalls, is eternal.

Pale Hands on the release of debut album Graphism

“In the fall of 2015, Pale Hands started crafting what would be our sophomore record. We wanted to make an upbeat pop record — one that you could dance to. We started, stopped, started, stopped, started once more and pulled out of magical thin air Graphism — a collection of eight songs that mean the world to us. We finished the record in late August and set it aside to release this Friday, November 18. Since then we’ve been honing our live sound and playing some smaller shows to figure out just how our new three-piece would work.

Then the election happened.

We’re going to level with you — it feels a bit detached to be releasing a record this week. With everything going on, we sort of forgot that the date the three of us had been looking forward to since the summer was right on top of us. To a degree, I think we all thought “Should we be releasing an album of dance songs right now? Is this what we all need?” What the fuck are we doing?

Much like everyone else, when something happens in our lives — good, bad, lucky, unfortunate, aggravating, jaw dropping, soul searching and anything in-between — we turn to records. Music has always been a place of better understanding of our lives and the world that surrounds us. The only way we’ve been able to feel an ounce better about the divisiveness of this election is to throw on some records and promise to get more involved.

That said, every single dime of this record, plus the money we would spend on making a video and touring, will be going to the organizations listed below.

We hope it’ll help you the way that it’s helped us. 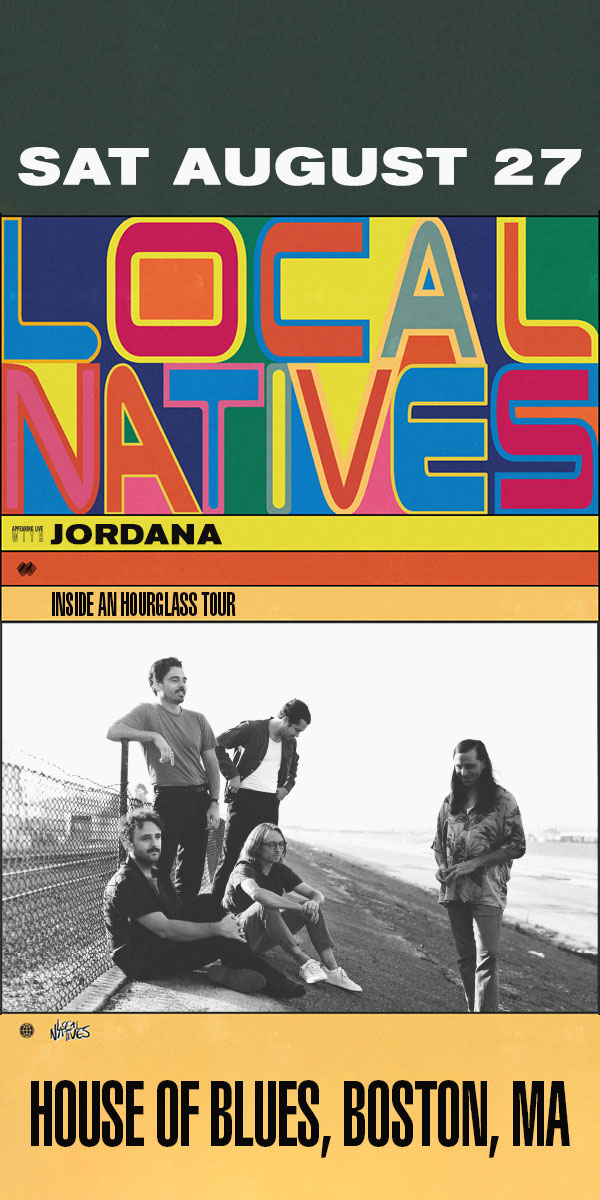