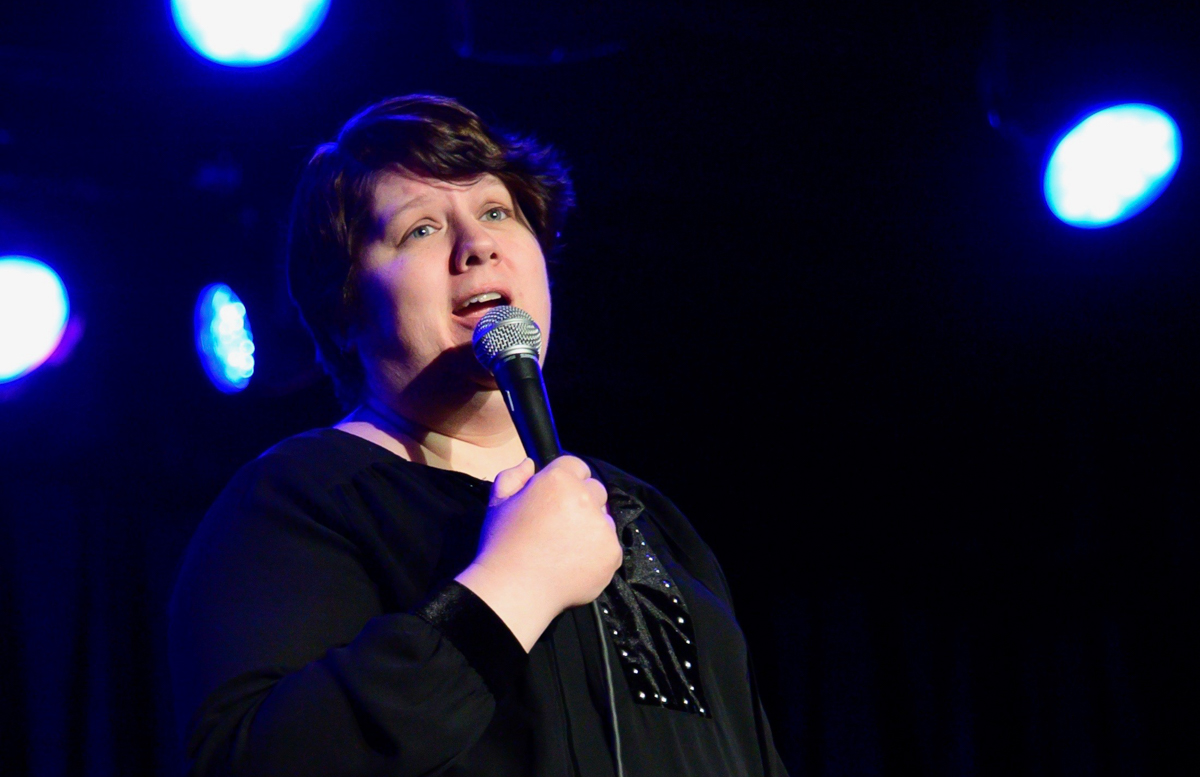 After 25 years in comedy, Carolyn Plummer knows she can kill it onstage. She’s aware of her abilities as a comic and is fully confident, even on the doorstep of performing to the largest crowd in her career, that she will bring the comedic thunder she’s become known for when she hits the stage. It’s just a matter of waiting for the day to get here now.

Gearing up for a set at this year’s Comics Come Home, which sets off at TD Garden for its 26th year on Saturday (November 12), Plummer is admittedly anxious, but not nervous. With a massive back catalog of shows at elks lodges, fundraisers, and quite a few shows that weren’t exactly ideal spanning more than two decades, the New Hampshire native sees the rough patches along the way as nothing more than experiences that have actually helped her get to this point.

Additionally, as the last few years specifically have shown a significant uptick in notoriety for Plummer, she’s quick to acknowledge how the support of her peers in the scene has also been a huge boost for her as she approaches her chance to take to the stage at legendary fundraiser. She’s never been one to walk around thinking she’s the bee’s knees, the cat’s pajamas, or whatever descriptor you want to use. But to have other people recognize her abilities and her dedication to her work, and validate her in feeling like it’s “her time,” it’s been a humbling experience to say the least, and she’s excited to be enveloped in the history of Denis Leary’s little comedy show.

While the home of the Bruins and Celtics is certainly a bit larger than the venues Plummer is used to performing in, she’s applying the road-worn lessons in creative agility that she learned on the fly on smaller stages over the years as she has dodged disruptive crowds, hecklers and everything in between to find that all of that, although annoying in the moment, has also helped her in preparing for any type of obstacle that could fall in her path.

“I’ve done shows where my name was wrong on the marquee and people chanted the wrong name, or at a state fair in Vermont where they started the comedy show and the motocross show at the same time,” says Plummer. “You just have to laugh about it and think about how it’s going to make you better. You don’t think that in the moment, of course, where you’re thinking ‘are you fucking kidding me?’ but as you do these things, they just make you realize it can’t get any worse than that, and it makes you a stronger comedian and gives you the ability to roll with the punches more.”

Coming a long way from wearing baggy pants to cover her nervous, shaky legs on stage, Plummer is poised for the big moment, but knows it won’t feel as loose as one would think until after she’s done her time on stage. She knows she has a job to do, and while she’s not taking it serious to the point of not letting it be fun, she’s certainly not taking the opportunity for granted either, because she knows that those shows in bars, clubs and theaters will be the norm once again come next week. But to her, that’s kind of the best part.

“That’s what’s good about comedy. It keeps you humble,” says Plummer. “Yeah, I’m playing the Garden, but that doesn’t mean the rest of my shows are going to be arena shows. I’m gonna be going back to doing what I was doing, where every show that I do is just an opportunity to make people laugh, and I know now that that’s my job in this world until I’m not here anymore.”