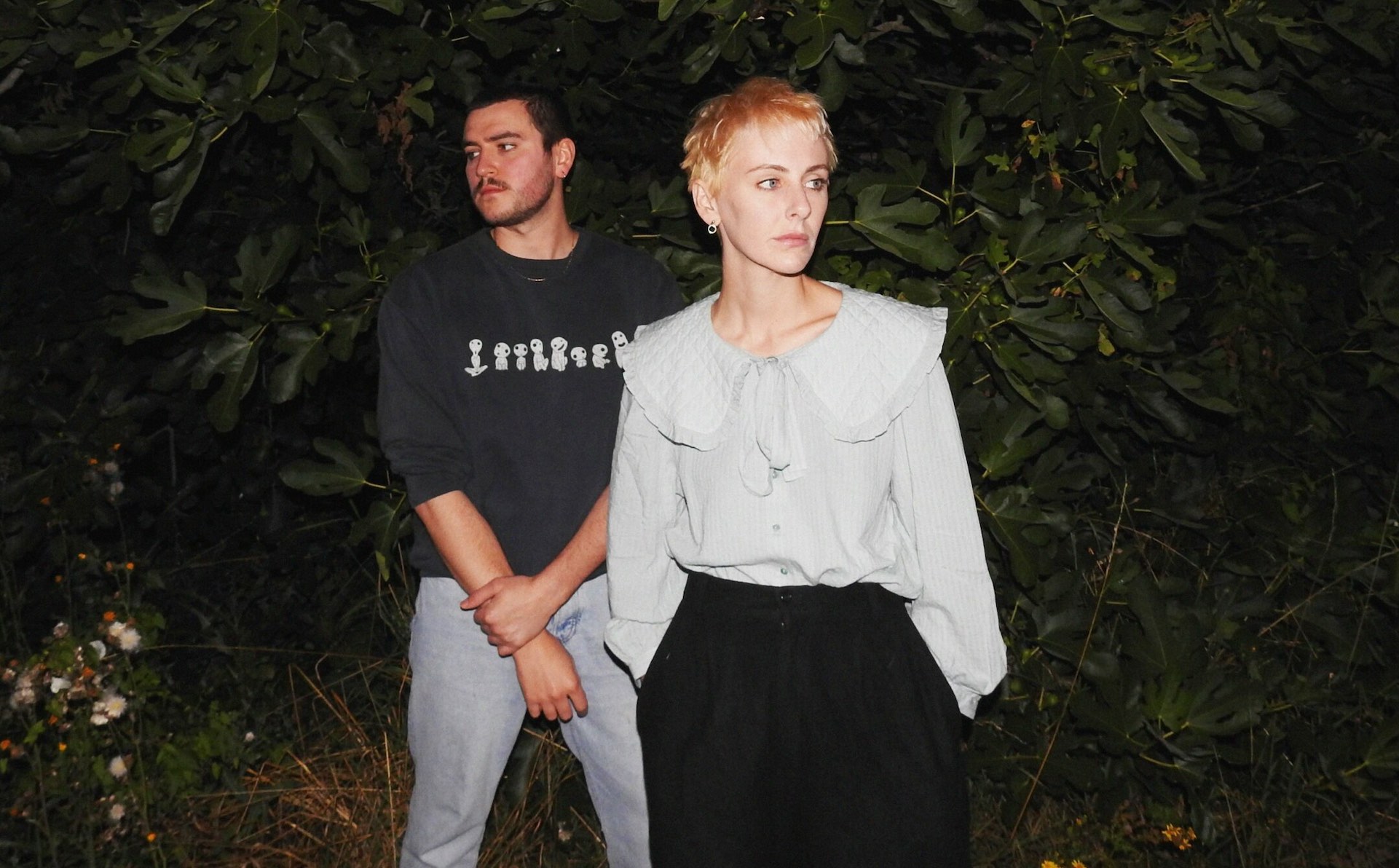 It’s been a fast ride, but since May of this year we’ve learned that there’s always a bit more going on under the surface of a Mumble Tide track than what appears on first listen. Previous singles like “Good 4 Me” and “Sucker” have illustrated the rising British indie-pop duo’s penchant for joy and sadness to intertwine along a line of glistening sounds, and their latest single, “On My Deathbed There’s a Full Page (You Don’t Get To Read It)”, out today (September 7), continues this theme.

Wonderfully-titled and playfully stained by the sun that hangs over our heads like an armed guard at the local prison, “On My Deathbed There’s a Full Page (You Don’t Get To Read It)” is the latest to be featured from Mumble Tide’s forthcoming mini-album, Everything Ugly, which hits in December via Nothing Fancy.

“I wrote this song a while ago, it’s one about reflecting on years of unrequited love — about the light that can shine out of a void… texting someone late at night who you know is bad for you,” says Mumble Tide vocalist Gina Leonard. “It’s about how chasing something that isn’t real requires creativity and resilience, but also ignorance. It’s one of our more poppy, youthful tracks but there’s a healthy dose of cynicism and confidence in there that I guess comes with age. We went through a lot of different versions with this one and nearly gave up on it many times, but we kept coming back to it and finally things fell into place.”

Pull back the layers, at your own pace, below.